Pro-abortion protesters attending the “Bans Off Our Bodies March” in Washington, D.C. Saturday told The Daily Caller News Foundation that men should also have the right to abortions.

Thousands of people marched in Washington in anticipation of the Supreme Court possibly deciding to overturn Roe v. Wade. The outrage came after a draft Supreme Court opinion in Dobbs v. Jackson Women’s Health Organization was leaked to Politico, showing a preliminary decision that would overturn Roe. (RELATED: ‘Unless Somebody Drops Dead, This Is Going To Happen’: Abortion Activists Protest At Alito’s House)

“It’s not just women that are getting pregnant. Trans men, they have uteruses. I have a trans man child. Out of my seven kids, half of them are in the rainbow,” protester Sonny Hanes told TheDCNF.

“It’s his right to choose. If his dysphoria is so bad … that he can’t handle a pregnancy, it is not my right or anybody else’s right to make that choice for my child,” she added. 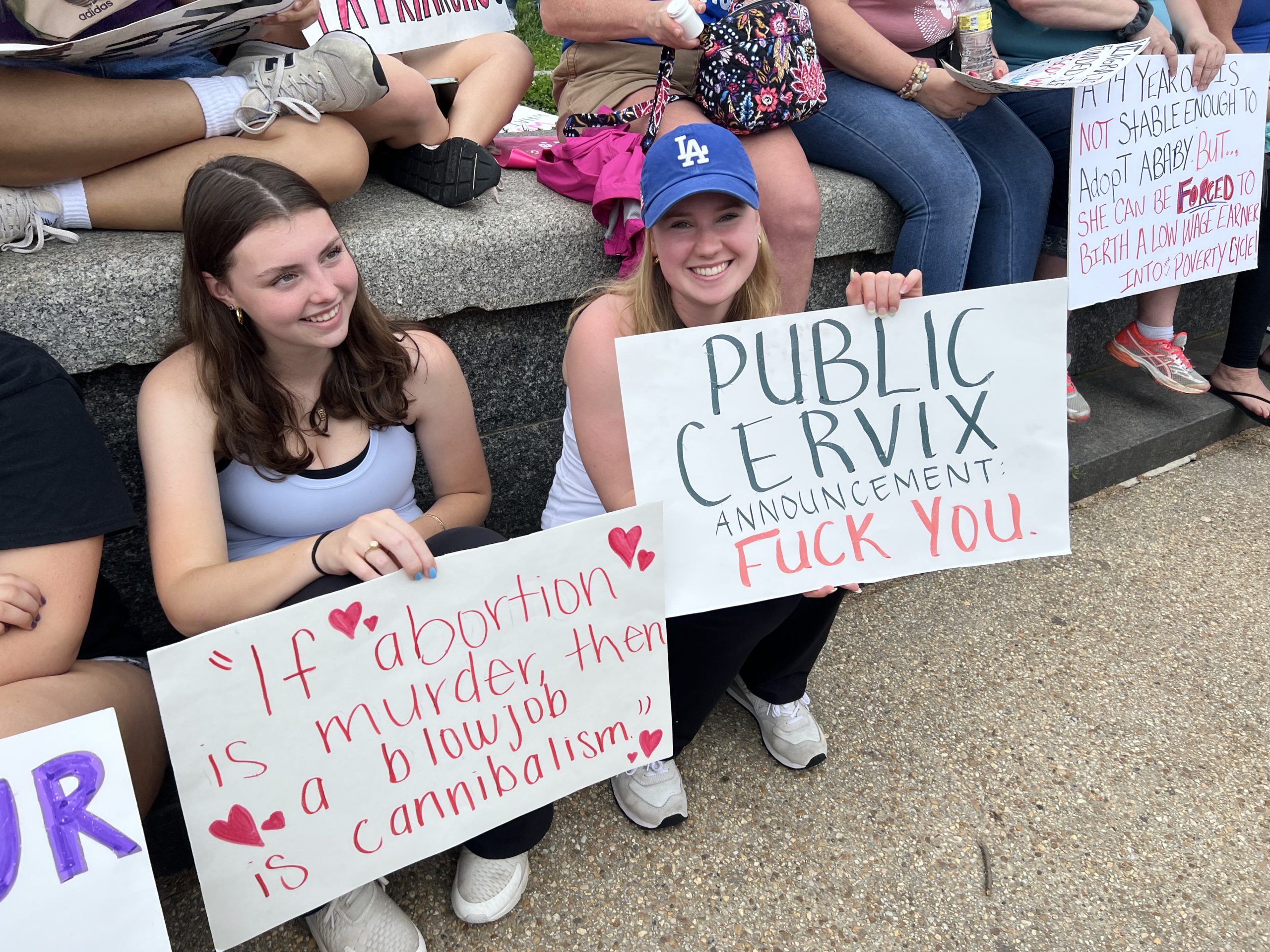 One woman, Kaitlyn from Maryland, who described herself as a “mother by choice not by force,” said anyone, regardless of gender, should have the right to choose.

“I believe in science, so if you want to get pregnant, go for it. That is your choice, emphasis on the choice,” she said.

“No government should be allowed in our business, that is between you and your doctor,” she added.

“I believe that anyone who can carry a child should have the right to decide when, where, and with whom to have a child,” another protester, Rita Brock from Virginia, told TheDCNF.

However, one pro-abortion man at the March, Mark from Texas, told TheDCNF that “it’s a women’s question, until men can have babies.”

“If you’re gonna ban abortions, then think about all the hanger abortions, all the unsafe things, all the more deaths and fatalities that are going to happen because some f*cking dumb ass patriarchy, nine white men basically decide that women don’t have access to safe health care,” Kaitlyn said.