Former President Donald Trump might have signaled his plan to return to Twitter if the company’s ban against him is lifted in a new federal securities filing.

The SEC filing from Digital World Acquisition Corp., a company in charge of taking the president’s own social media startup public, said Trump is “generally obligated” to make posts on his app Truth Social, which launched in February.

He cannot make the same post on any other social media platform for at least six hours, but can post on any site he has access to following that period, according to the filing.

However, there is an exception for “a personal account related to political messaging, political fundraising or get-out-the-vote efforts.” Trump would be restricted from making Twitter posts related to societal or business matters, but would still be able to use his account as a vehicle for a potential 2024 presidential campaign, which he has openly teased, according to Axios. 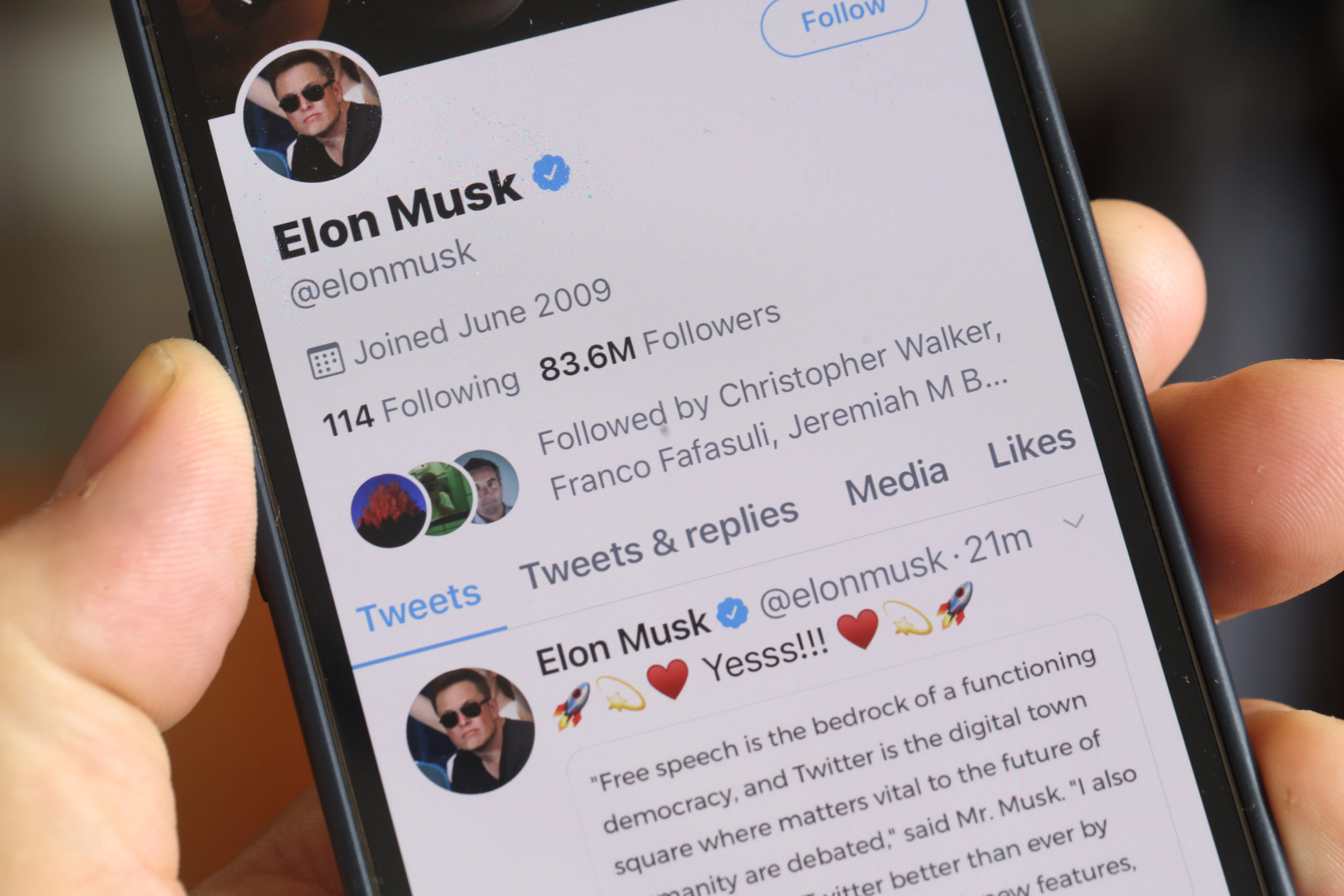 In this photo illustration, The Twitter profile of Elon Musk with more than 80 million followers in shown on a cell phone on April 25, 2022 in Chicago, Illinois. (Photo Illustration by Scott Olson/Getty Images)

It is unclear whether Truth Social will be able to go public, as the company is still under a federal securities investigation, Axios reported.

SpaceX and Tesla CEO Elon Musk, who is currently in the middle of a takeover of Twitter, said he would allow Trump back on the platform once he has the power to do so. The company, alongside several other platforms, banned Trump after the Jan. 6 riot at the Capitol after it said he violated its policies against inciting violence.

“I do think it was not correct to ban Donald Trump,” Musk said during a panel at Financial Times’ Future of the Car conference. “I think that was a mistake because it alienated a large part of the country and did not ultimately result in Donald Trump not having a voice.” (RELATED: Melania Reappears, Hints At Trump’s 2024 Chances)

“I would say it’s the decision by a private sector company to make on who will or will not be allowed on their platforms,” former White House press secretary Jen Psaki said Tuesday when asked about Musk’s decision.

TRUTH Social, Trump and Musk did not immediately respond to TheDCNF’s request for comment.