President Joe Biden will visit Buffalo on Tuesday in the wake of a mass shooting at a supermarket, the White House announced Sunday.

The president, alongside First Lady Jill Biden, plans to “grieve with the community that lost ten lives in a senseless and horrific mass shooting,” according to the administration. Eighteen-year-old Payton S. Gendron, the suspected gunman, live-streamed the Saturday attack that injured three and killed 10. (RELATED: Police Say Buffalo Shooter Investigated Previously For Earlier Threat)

“We still need to learn more about the motivation for today’s shooting as law enforcement does its work, but we don’t need anything else to state a clear moral truth: A racially motivated hate crime is abhorrent to the very fabric of this nation,” Biden said in a statement Saturday evening. “Any act of domestic terrorism, including an act perpetrated in the name of a repugnant white nationalist ideology, is antithetical to everything we stand for in America. Hate must have no safe harbor. We must do everything in our power to end hate-fueled domestic terrorism.” 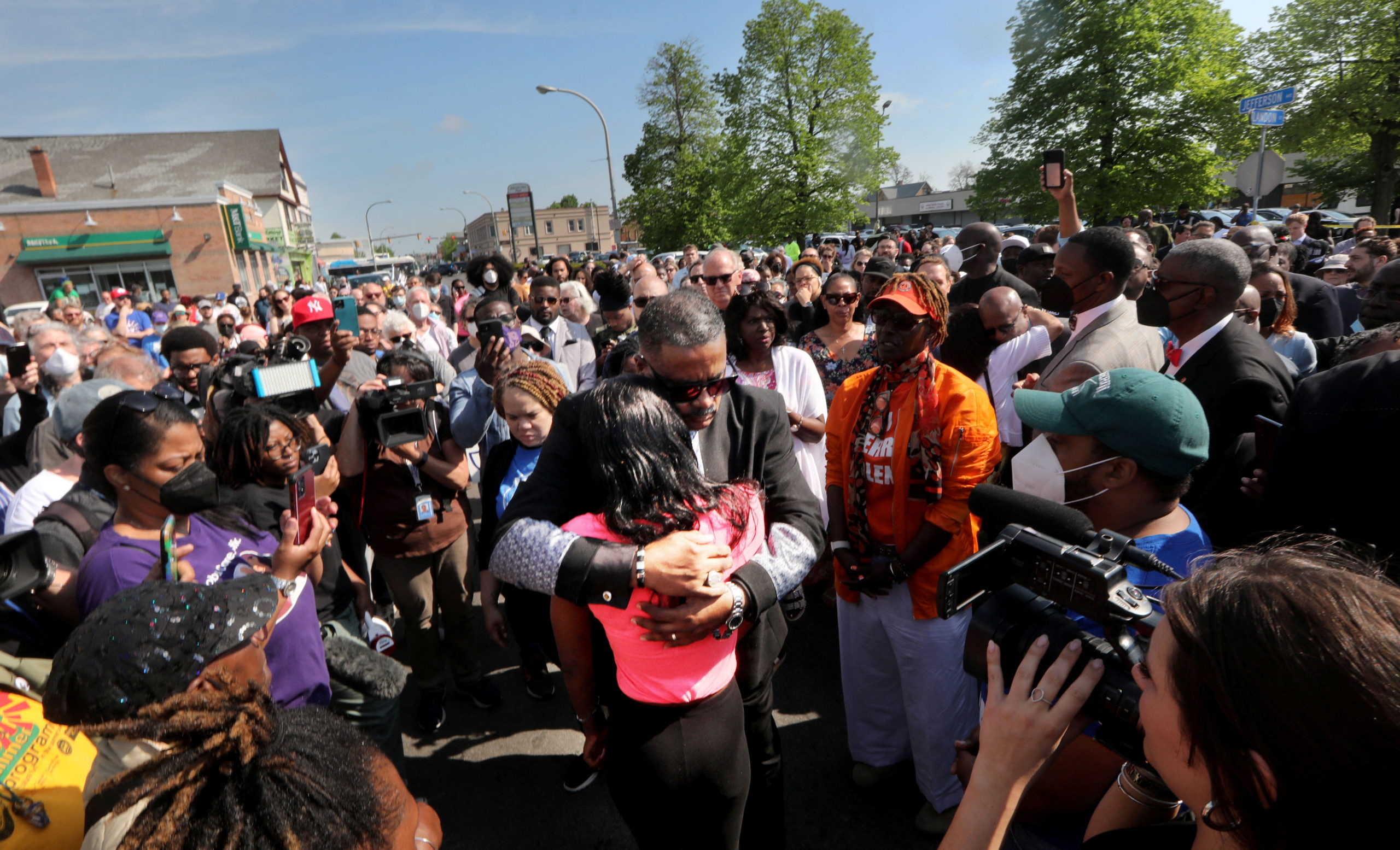 Julie Harwell, who was in the TOPS supermarket when a gunman opened fire, is consoled by Reverend Charles Walker during a prayer vigil across the street a day after the mass shooting in Buffalo, New York, U.S. May 15, 2022. Seth Harrison/USA Today Network via REUTERS NO RESALES. NO ARCHIVES. MANDATORY CREDIT

Biden’s upcoming visit marks a shift for the administration regarding having the president be on the ground following tragic events. The president, for example, did not visit Waukesha, Wisconsin, after a man plowed through a Christmas parade with an SUV in 2021. The Waukesha community saw six people die and 61 were injured as a result of the attack, Newsweek reported.

Biden did address the Waukesha attack as a “horrific act of violence,” and the first lady subsequently visited in December without the president. Biden traveled to Kentucky during the first lady’s trip to survey damage from deadly tornadoes, CNN reported at the time.

Then-White House press secretary Jen Psaki, pressed on Biden’s absence shortly after the Christmas parade attack, said at a briefing on Nov. 29, 2021 that having a president “visit a community requires a lot of assets.”

“Obviously, any president going to visit a community requires a lot of assets, requires taking their resources, and it’s not something that I have a trip previewed at this plan — point in time, but we remain in touch with local officials,” Psaki said.