Former FBI general counsel James Baker testified Thursday that he is “100% confident” former Clinton campaign lawyer Michael Sussmann told him the tip he provided was not on behalf of any campaign or client.

Sussmann, a Democratic lawyer with ties to Hillary Clinton’s presidential campaign, was charged last year by Durham with lying to the FBI during a 2016 meeting. The trial kicked off earlier this week, with Baker providing crucial testimony Thursday that could strengthen special counsel John Durham’s case against Sussmann.

“He [Sussmann] said he was not appearing before me on behalf of any particular client, and that he had some information that was of concern relating to an apparently surreptitious communications channel between something called Alfa Bank – which he described as being connected to the Kremlin in Russia – and some part of the Trump Organization in the United States,” Baker said on the stand Thursday, referencing the 2016 meeting, according to CNN.

Durham has accused Sussmann of providing the tip to the FBI while keeping secret his connection to Clinton’s campaign, CNN reported. Durham’s team previously laid out the argument that Sussmann tried to “create an October surprise on the eve of the presidential election,” according to Law and Crime. 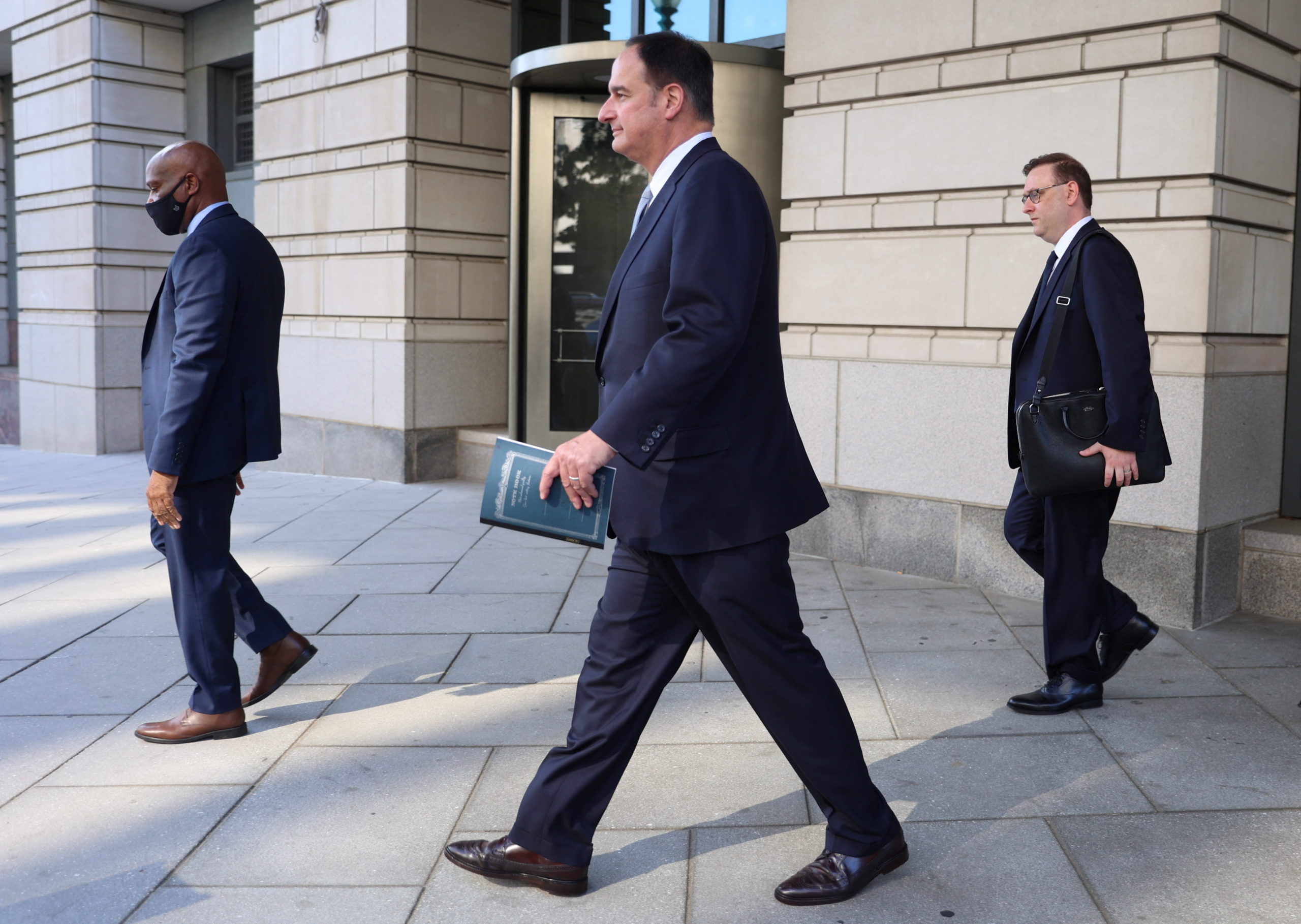 Attorney Michael Sussmann departs the U.S. Federal Courthouse after opening arguments in his trial, where Special Counsel John Durham is prosecuting Sussmann on charges that he lied to the Federal Bureau of Investigation (FBI) while providing information about possible and later discredited allegations of communications between the 2016 presidential campaign of former U.S. President Donald Trump and Russia, in Washington, U.S. May 17, 2022. REUTERS/Julia Nikhinson

That “October surprise,” according to Durham’s team, involved a three-step process dubbed “a look, a leak and a lie.”

Baker also suggested Thursday that he had no reason to distrust Sussmann at the time, given the two were friendly and he was “a serious lawyer.”

“I thought he was coming to see me as a good citizen who had obtained some information,” Baker said, according to CNN. “Knowing Michael [Sussmann], I would think he would want to help the government.”

Sussmann’s defense lawyers have in the past sought to discredit Baker, describing his memory as being “clear as mud,” CNN reported.

Thursday’s testimony followed a tumultuous morning for the case, with U.S. District Judge Christopher Cooper denying the defense’s motion for a mistrial to start off the day. (RELATED: ‘As Wrong As It Gets’: Rep. Jim Jordan Calls Out Liberal Media And Democrats For Denying That Trump Was Spied On)