The Senate voted Thursday to pass the $40 billion aid package for Ukraine as the country has been defending itself against an invasion from Russia. The bill now heads to President Joe Biden’s desk.

The package is larger than the $14 billion Congress approved for Ukraine in March and Biden’s request of an additional $33 billion. 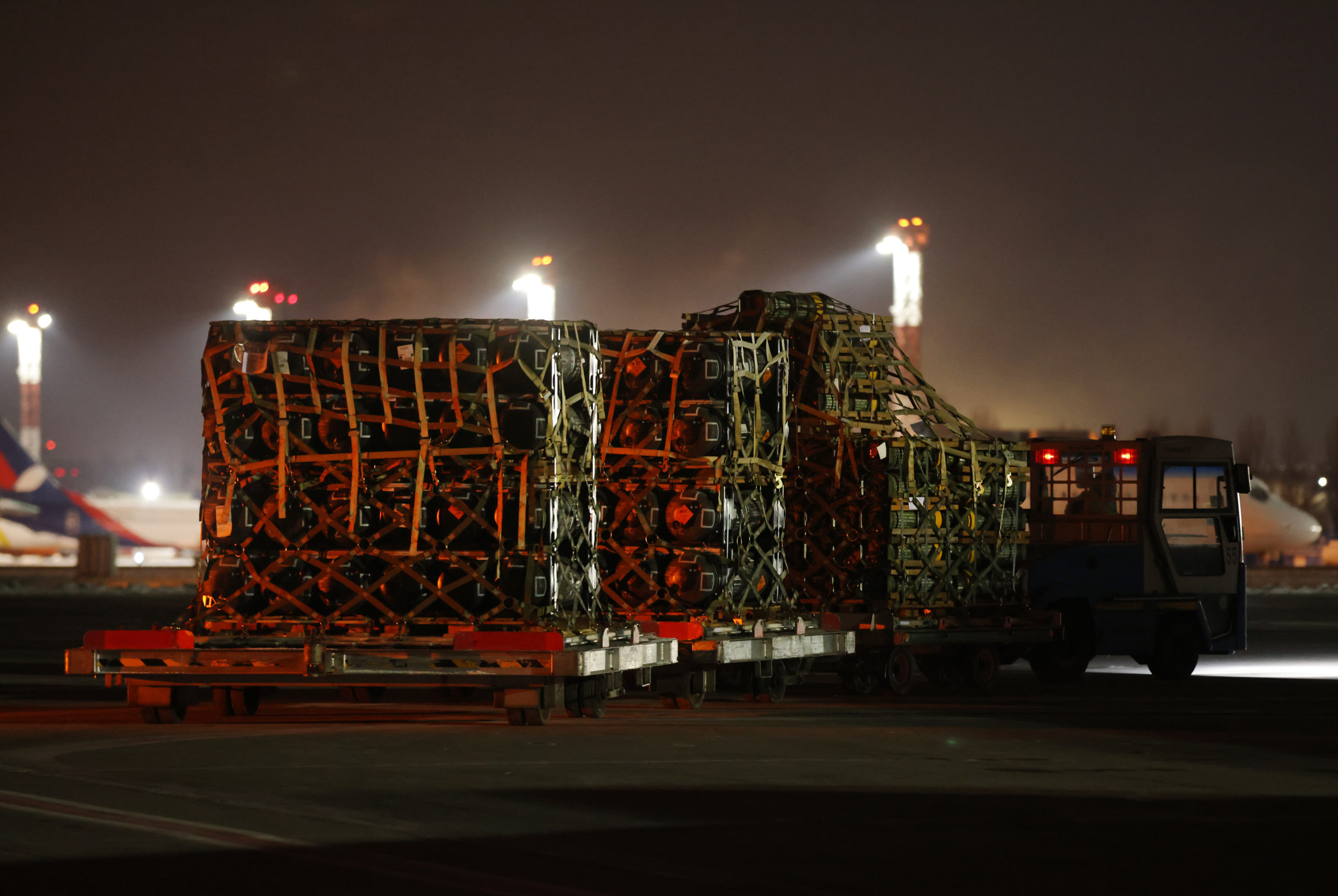 BORYSPIL, UKRAINE – JANUARY 25: An airport vehicle pulls a portion of a shipment of weapons that include Javelin anti-tank missiles and other military hardware delivered on a National Airlines plane by the United States military at Boryspil Airport near Kyiv on January 25, 2022 in Boryspil, Ukraine. (Photo by Sean Gallup/Getty Images)

Republicans voiced opposition to the bill leading up to the vote.

Republican Kentucky Sen. Rand Paul delayed the initial vote on the package May 12 in an effort to include an amendment to require an inspector general to oversee the spending.

Eleven Republicans voted Monday against the advancement of the bill in a vote to end debate on a motion to proceed. (RELATED: In Reversal, Western Leaders Suddenly Fret Over Ukraine Potential Victory Over Russia)

The senators who voted to block advancing the aid Monday were Republican Sens. Mike Braun of Indiana, Bill Hagerty and Marsha Blackburn of Tennessee, John Boozman of Arkansas, Cynthia Lummis of Wyoming, Mike Lee of Utah, Rand Paul of Kentucky, Tommy Tuberville of Alabama, Roger Marshall of Kansas and Josh Hawley of Missouri.

“There have always been isolationist voices in the Republican Party,” Republican Minority Leader Mitch McConnell said Sunday after returning from Ukraine. “I think one of the lessons we learned in World War II is not standing up to aggression early is a huge mistake.”

The Republican leader added that “aid for Ukraine goes far beyond charity,” on the Senate floor leading up to Thursday’s vote. “The future of America’s security and core strategic interests will be shaped by the outcome of this fight.”