Nineteen students and two teachers are dead after a Texas school district reported an off-campus active shooter that shut down an elementary school, according to multiple reports.

A co-anchor for Eyewitness News tweeted that Texas Gov. Greg Abbott originally confirmed that 14 children and one teacher were killed in the shooting, including the gunman. The death toll rose to 18 children later in the evening, according to the Texas Department of Public Safety, and then 19 children and two teachers even later on.

Uvalde Consolidated Independent School District reported an active shooter Tuesday, May 24, at Robb Elementary School, according to The Associated Press. A suspect was taken into custody, police told ABC News, though the Uvalde Police Department did not immediately provide more information.

🚨(@CNN) UVALDE, T.X. — Two have died after the shooting at Robb Elementary School, a spokesperson from Uvalde Memorial Hospital tells CNN. The hospital received 13 children at their facility who were being treated for varying injuries, he said.

Uvalde Memorial Hospital said it received 13 children via ambulance or buses for treatment, according to a Facebook post. University Hospital confirmed that one woman, 66, is in critical condition.

There is an active shooter at Robb Elementary. Law enforcement is on site. Your cooperation is needed at this time by not visiting the campus. As soon as more information is gathered it will be shared.

The rest of the district is under a Secure Status.

Both Robb Elementary and the Uvalde Police Department posted on Facebook that the school transported students to a nearby civic center for “reunification” with their parents.

Elementary schoolers were reunited with their parents, according to an updated tweet from Uvalde Consolidated Independent School District. 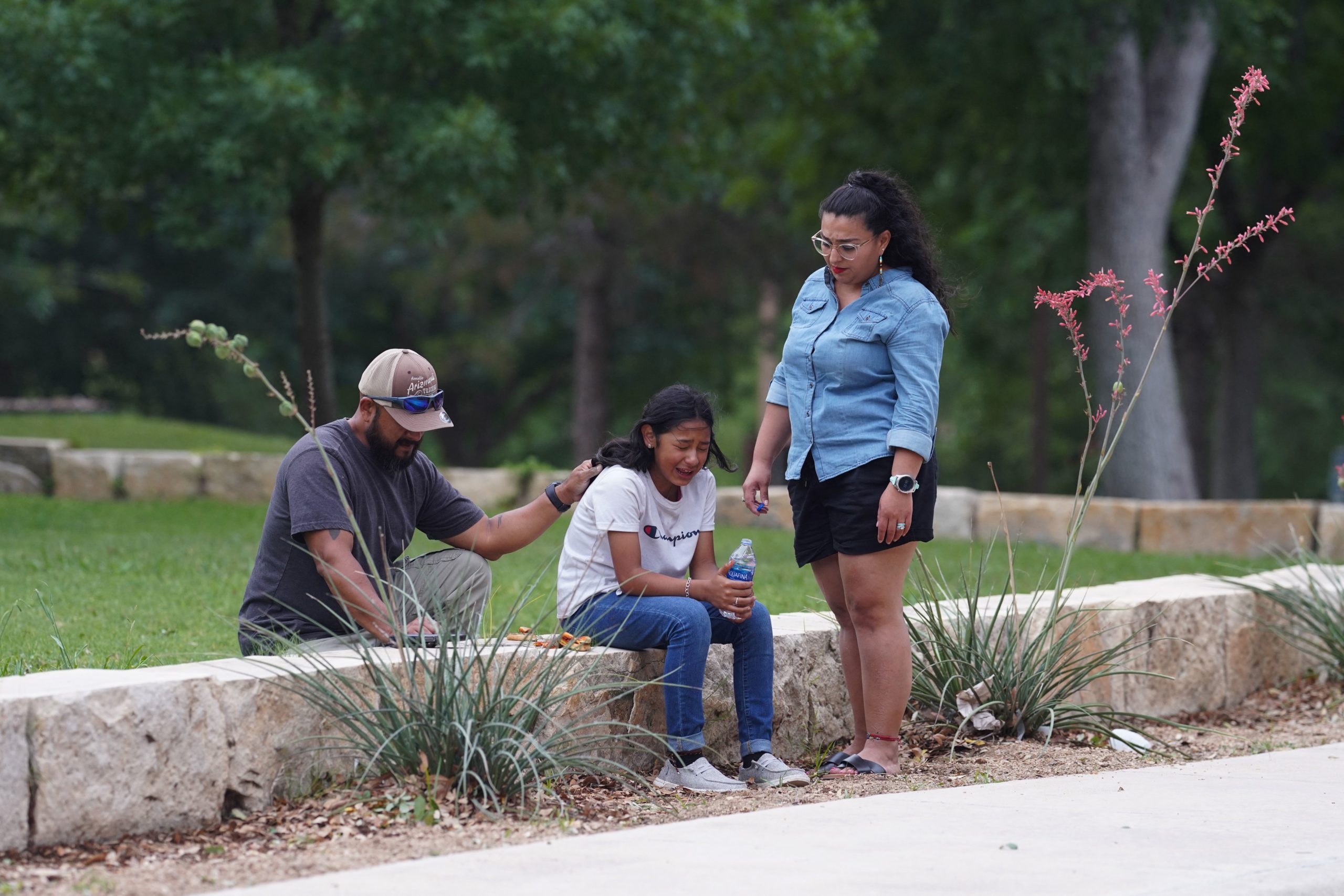 A girl cries, comforted by two adults, outside the Willie de Leon Civic Center where grief counseling will be offered in Uvalde, Texas, on May 24, 2022. – A teenage gunman killed 18 young children in a shooting at an elementary school in Texas on Tuesday, in the deadliest US school shooting in years.
The attack in Uvalde, Texas — a small community about an hour from the Mexican border — is the latest in a spree of deadly shootings in America, where horror at the cycle of gun violence has failed to spur action to end it. (Photo by ALLISON DINNER/AFP via Getty Images) 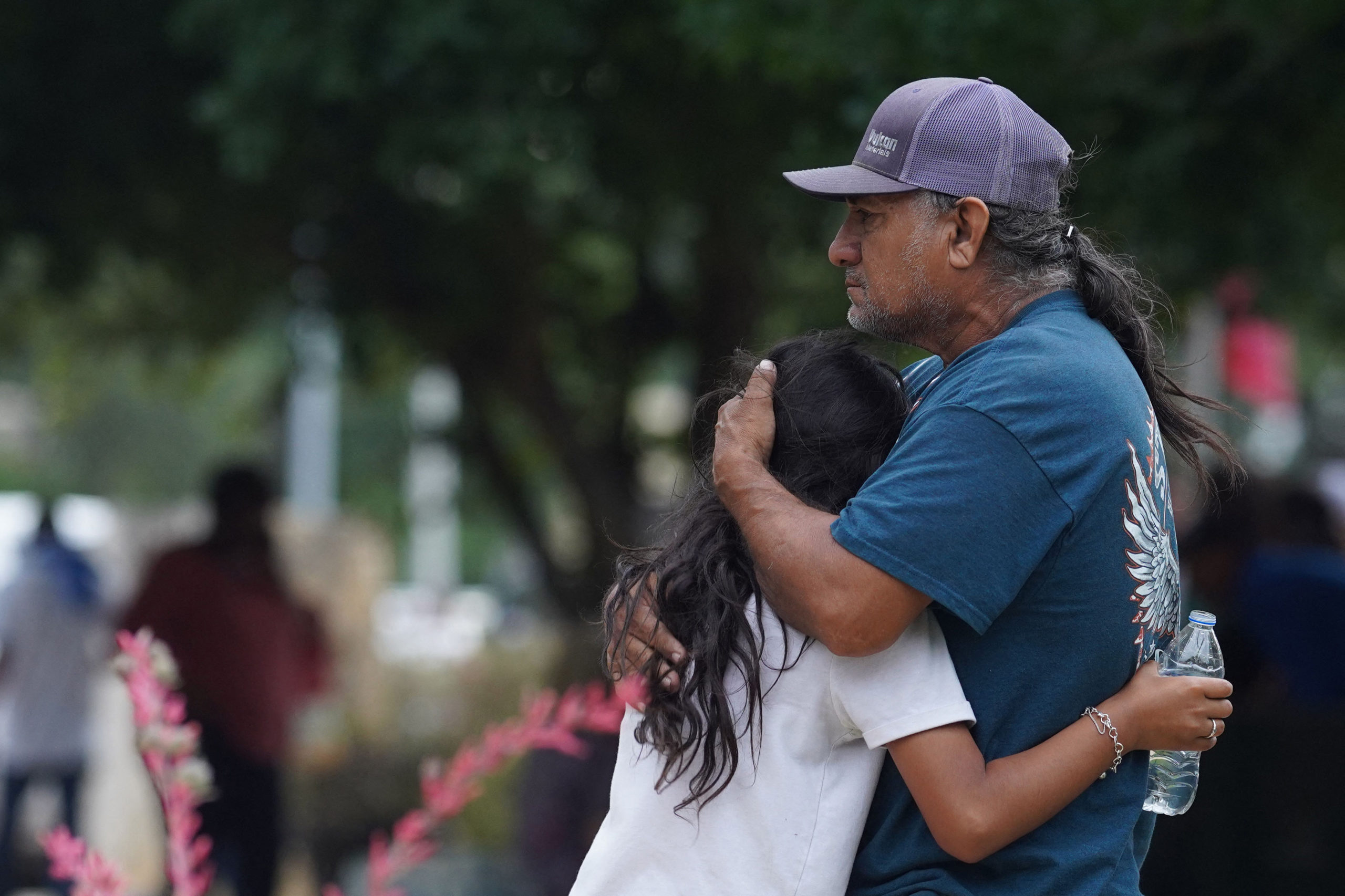 Families hug outside the Willie de Leon Civic Center where grief counseling will be offered in Uvalde, Texas, on May 24, 2022. (Photo by ALLISON DINNER/AFP via Getty Images) 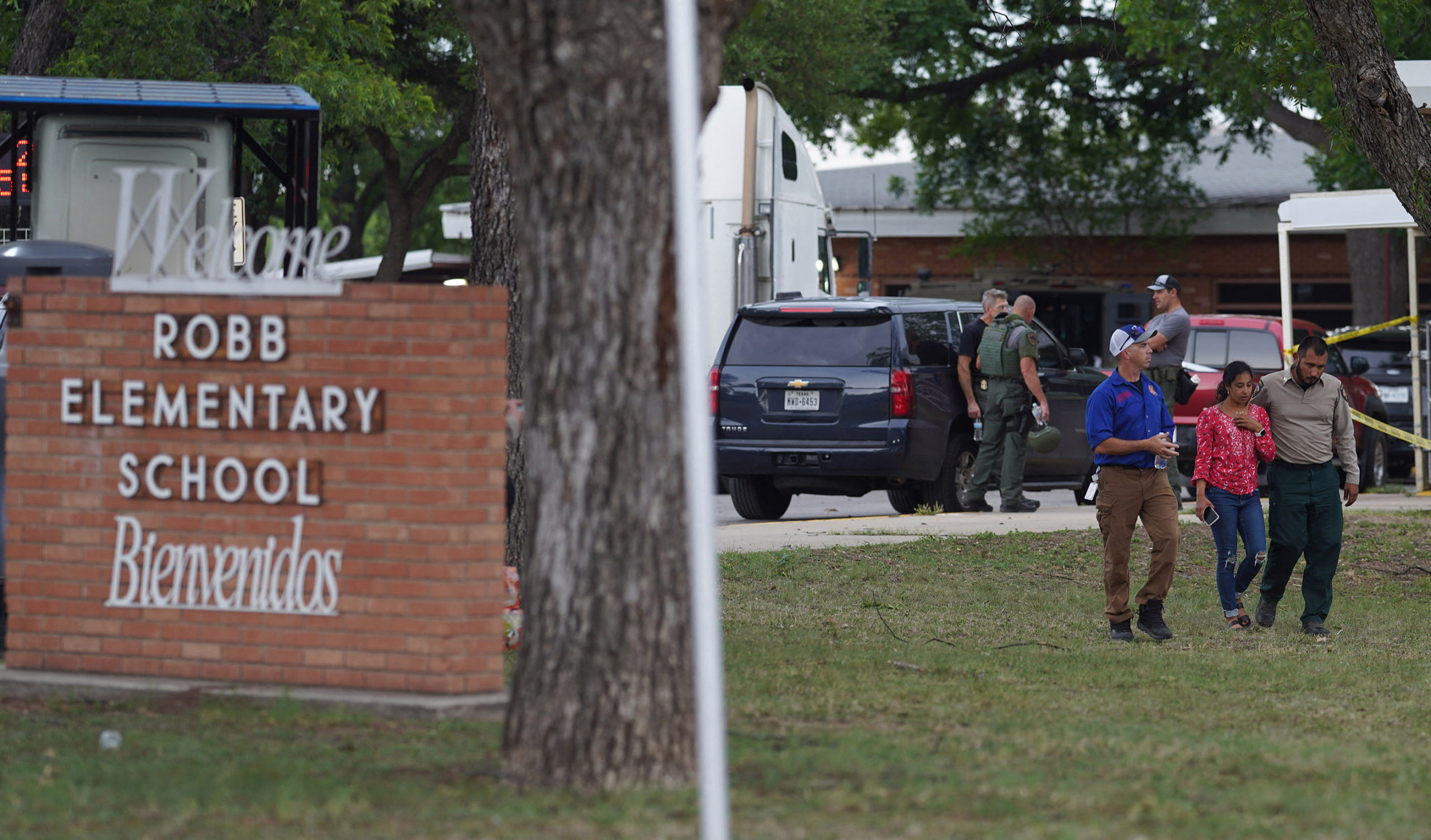 A welcome sign is seen outside of Robb Elementary School as people walk away in Uvalde, Texas, on May 24, 2022. (Photo by ALLISON DINNER/AFP via Getty Images)

Abbott confirmed in a press conference that the shooter was identified as Salvador Ramos, an 18-year-old who resided in Uvalde. He is believed to have entered the school district with a handgun and rifle, according to an unconfirmed report from Abbott. At the time, it was believed responding officers shot and killed Ramos. Since then, The Associated Press reported that a Border Patrol agent rushed into the building without backup and killed the gunman who was behind a barricade. Several other Border Patrol agents were on their way with tactical gear to help authorities respond to the incident.

Uvalde Consolidated Independent School District did not immediately respond to the Daily Caller’s request for comment.

This is a breaking news story and will be updated as more information becomes available.