The Massachusetts Supreme Judicial Court ruled that the state could proceed with its lawsuit against ExxonMobil and that a free speech law didn’t protect the company’s activity in question, according to the decision written by Chief Justice Scott Kafker. Massachusetts Attorney General Maura Healey filed the lawsuit against ExxonMobil in 2019, alleging that the company misled investors about the financial risks posed by fossil fuel-driven climate change through a “deceptive advertising” campaign.

“Once again, Exxon’s attacks on my office and our case have been rejected by the courts,” Healey said in a statement Tuesday. “Today’s ruling is a resounding victory in our work to stop Exxon from lying to investors and consumers in our state. Exxon’s repeated attempts to stonewall our lawsuit have been baseless, and this effort was no different.”

ExxonMobil argued in court that its advertising campaigns and other public statements were protected by the First Amendment. But the state’s anti-SLAPP statute, which protects defendants against “strategic litigation” intended to silence them, doesn’t apply to state enforcement actions, the high court ruled Tuesday. 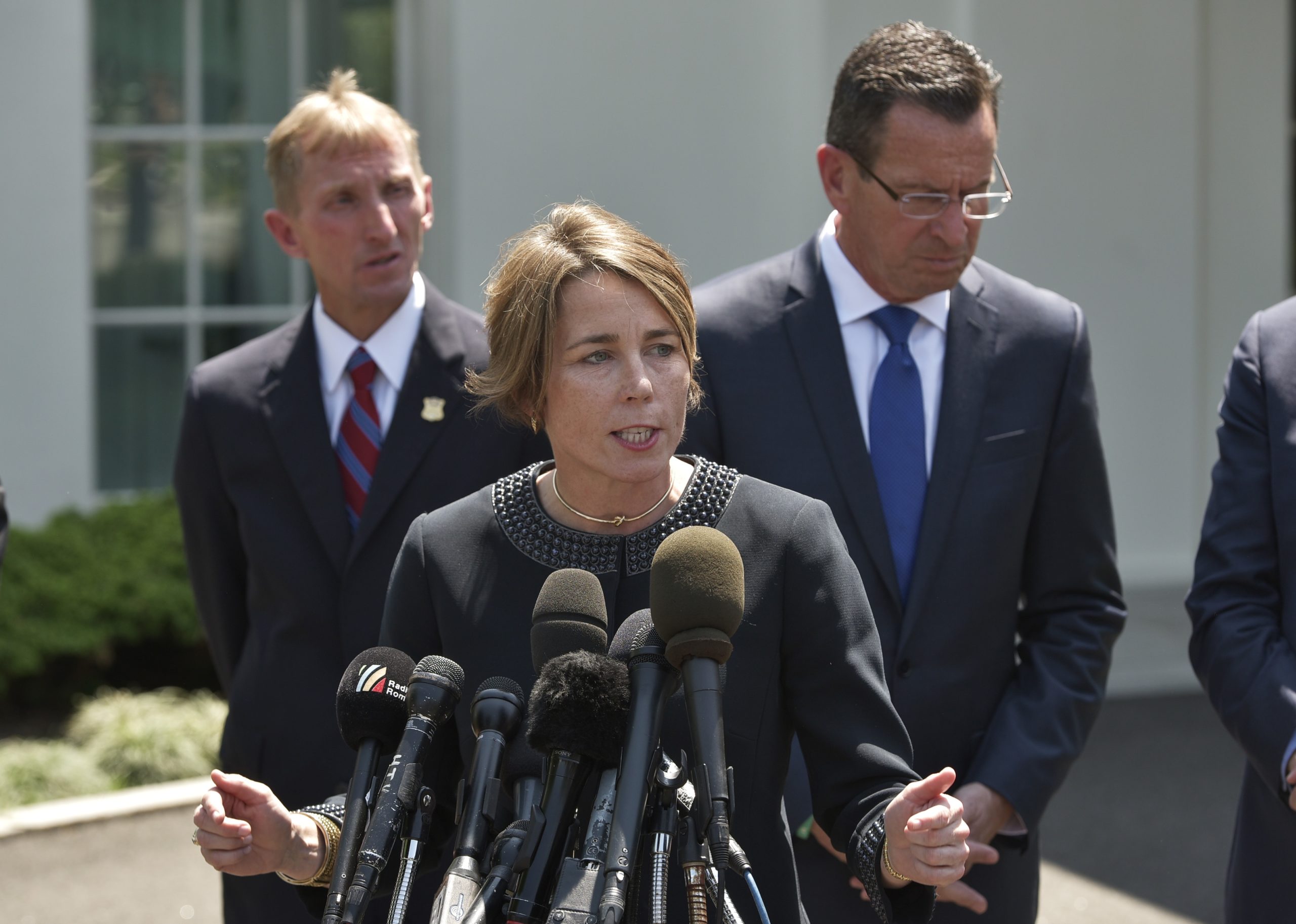 Massachusetts Attorney General Maura Healey speaks to reporters outside the White House on May 24, 2016. (Mandel Ngan/AFP via Getty Images)

“Our review is determined by the threshold issue whether the anti-SLAPP statute applies at all to civil enforcement proceedings brought by the Attorney General,” Kafker wrote on behalf of the court. “We conclude that it does not, and therefore do not analyze whether Exxon Mobil’s actions constituted ‘petitioning’ or whether the other requirements for dismissal were met.”

Healey added Tuesday that her office was looking forward to showing how the company is breaking the law and putting “an end to the deception once and for all.”

A state judge similarly ruled in June that anti-SLAPP laws didn’t protect the questioned speech, Reuters reported at the time. ExxonMobil then appealed that decision to the Supreme Judicial Court.

The company is reviewing the court decision and evaluating its next steps, spokesperson Casey Norton told The Daily Caller News Foundation in an email Wednesday.