With former President Donald Trump publicly flirting with a 2024 presidential run, those close to him believe he’ll end up taking the plunge – and the 2020 election will almost certainly be thrust back into the spotlight.

Trump has been laying the groundwork for a 2024 campaign, hosting rallies across the country reminiscent of his 2016 campaign and announcing a slew of endorsements heading into the midterms. Still, in true Trump style, he’s yet to give a definitive answer on whether he’ll actually run.

For people close to the former president or familiar with his team’s thinking, it seems obvious: Trump is heavily leaning towards running again. The following report is based on interviews with a half-dozen Trump associates – two former Trump administration officials, three people familiar with the president’s thinking and one person familiar with the Trump team’s thinking – speaking on condition of anonymity in order to discuss privileged conversations. (RELATED: ‘A Lot Of People Are Going To Be Really Happy’: Trump Responds To Rumors Of Running In 2024)

Trump’s health and how the midterms elections play out are two key factors in a possible 2024 run. Trump’s already given a public nod to the health aspect, telling The Washington Post in April that “you always have to talk about health.”

As for the midterms, Trumpworld believes the overall results – and not necessarily how individual Trump-backed candidates do in the primaries – will play a massive role in whether he’ll run again. 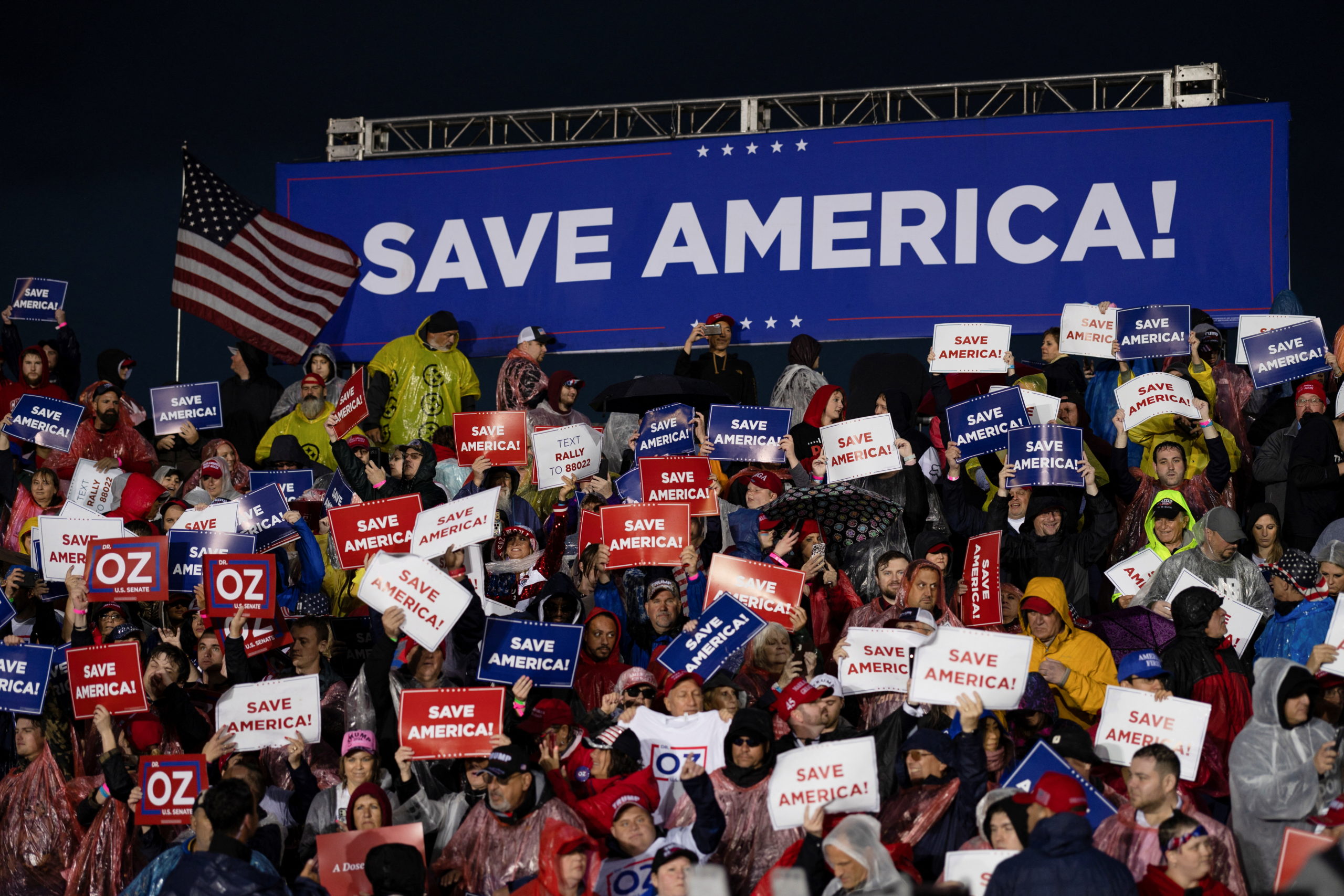 People wait for former U.S. President Donald Trump to speak during a rally to boost Pennsylvania Republican U.S. Senate candidate Dr. Mehmet Oz ahead of the May 17 primary election at the Westmoreland Fairgrounds in Greensburg, Pennsylvania, U.S. May 6, 2022. Picture taken May 6, 2022. REUTERS/Hannah Beier

Much of Trumpworld also views President Joe Biden as a key player in Trump’s 2024 plans.

Many who spoke with the Caller highlighted Biden’s low poll numbers and various crises that the country is currently battling under his administration, saying that Trump is more likely to run if the current president continues on what’s viewed as a disastrous path. In fact, this aspect has already been considered, one individual noted.

“I think he’s [Trump] going to be looking to exploit a very unpopular president,” the person familiar with the Trump team’s thinking predicted.

Trump’s 2024 strategy wouldn’t just be centered on Biden’s struggles, though. For Trump and some of his associates, none of these problems – inflation, a border crisis, a war in Ukraine and more – would have happened were it not for what they view as a fraudulent election in 2020.

From the outside, the former president’s tumultuous departure from the White House in 2020 poses many questions as to what another presidential run would look like. To date, Trump continues to say in nearly all his public speeches that mass voter fraud led to Biden taking office, and the January 6 riot at the U.S. Capitol remains front and center for much of the media and Democrats.

With the former president still focused on his election fraud claims, Trump associates believe the subject of 2020 will dominate his potential upcoming presidential run. And, some within the president’s inner circle still back Trump’s mass voter fraud push. (RELATED: Bill Barr Says Trump Should Not Be The GOP Nominee In 2024)

“I think he’s going to run. And here’s … why I think this: You don’t steal from Donald Trump,” one person with knowledge of Trump’s thinking told the Caller.

There are differing views, however, on whether leaning into such a strategy will help Trump should he run in 2024.

“I think that running on the invalidity of the 2020 election is a mistake, because the American people are looking for solutions to the problems that Joe Biden created,” the person with knowledge of the former president’s thinking added. “Will Donald Trump talk about solutions? Absolutely. But unfortunately, he’s wrapped around the axel of what they did to him in 2020. And he’s right, but the American people aren’t as interested in that.”

Despite these worries, the person familiar with the Trump team’s thinking gave it a “100%” likelihood that Trump leans into election fraud in 2024 – and there are some who believe this strategy could actually help the former president, arguing that more people believe the rigged election story now than when the 2020 election played out. 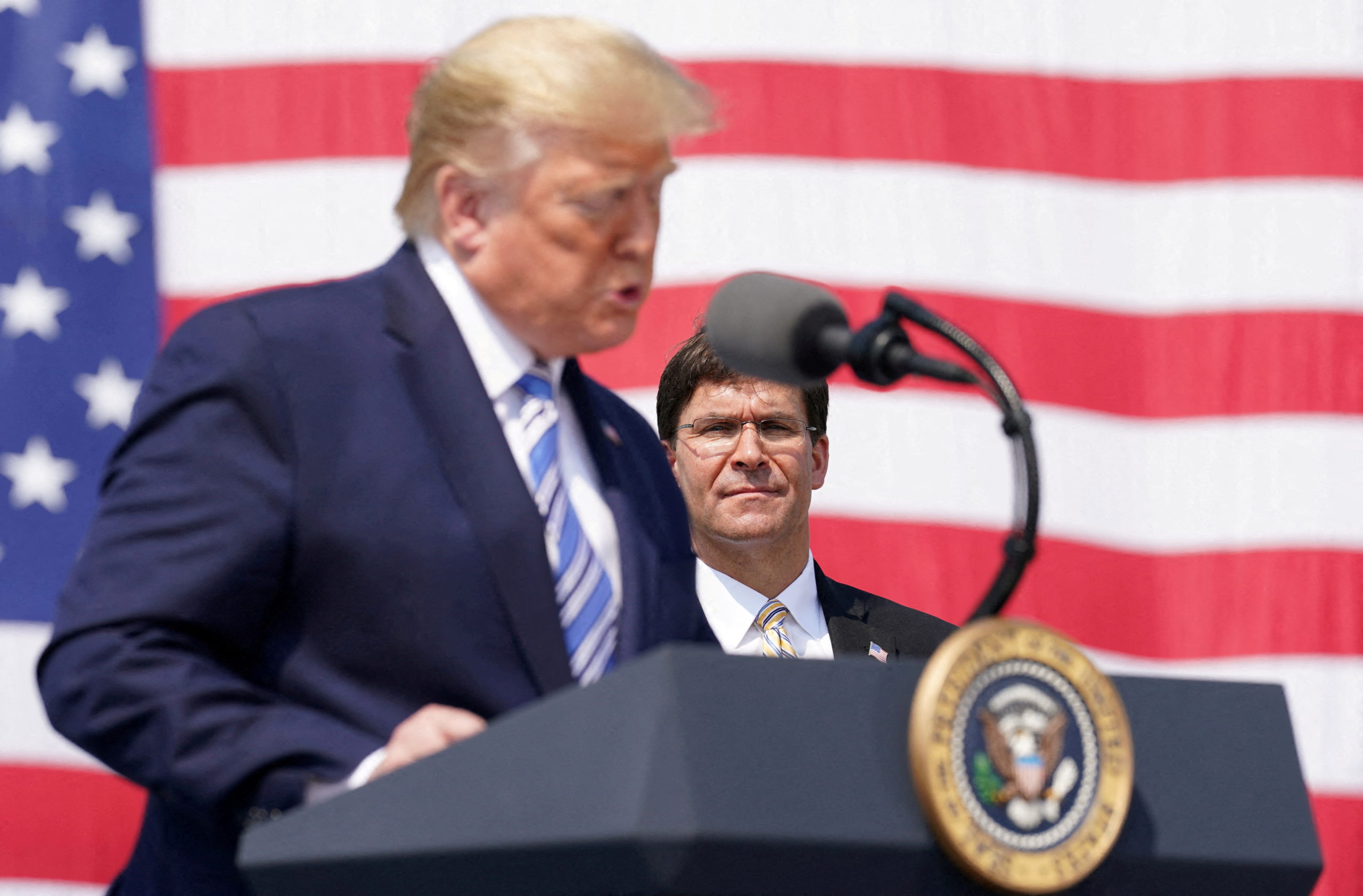 Meanwhile, it’s likely that Trump will continue facing questions regarding the January 6 riot. On that end, however, his inner circle isn’t concerned.

Trump, according to a person familiar with his team’s thinking, views January 6 as “completely overblown” and that “he didn’t do anything.”

“He’s not gonna be like, ‘oh what happened was good,’ he’ll say that that’s bad, but also … every single poll shows that the American people don’t care about Jan. 6 the way the media does,” this person said.

Recent polling does back up that argument. Five Thirty Eight, in an article published April 22, highlighted various polls indicating Americans want to move on from the Capitol riot investigation.

Others close to the president view the riot in a similar light, with one describing it as a Washington, D.C., story.

“He [Trump] does not think that what went wrong at the Capitol was right,” the person familiar with Trump’s thinking explained. “He doesn’t think that. He’s shocked at what went down, and so it’s not like he believes that the violence was right. He thinks it was wrong, but the idea that the Democrats are blaming it all on him, he just rejects it. As he should.”

“The press will not get over 6th January, they won’t get over 2016, they won’t get over Russia, Russia Russia, but … I believe the American people are getting tired of that. I think the trust in the American media is falling way off,” a former senior Trump administration official noted. “It’s the economy, it’s inflation, it’s border … 6th January is far down. Most people go, okay that’s D.C. politics. It may sound good here in Washington, D.C., but I don’t think it’s playing well anywhere else.”

It’s also unlikely, should the GOP take Congress, that Democrats can rely on January 6 as a serious presidential election strategy. The House committee currently investigating it faces an uncertain future. Armed with this knowledge, some within Trump’s circle expressed confidence to the Caller that the Capitol riot isn’t an issue that will stick.

“The nomination is his if he wants it,” a former Trump official ultimately summed it up.