The Biden administration announced Thursday it would allow farmers to harvest conserved lands early in an attempt to boost supplies amid the global food crisis.

Farmers with Conservation Reserve Program (CRP) contracts expiring this year will be able to voluntarily request a termination following the 2022 primary nesting season which ends between July-August in most states, according to the Department of Agriculture’s Farm Service Agency (FSA). The announcement, designed to mitigate “global food supply challenges,” gives most farmers who choose to opt out a head start of about 4-12 weeks to begin preparing land for harvesting previously-conserved lands since the applicable contracts are set to expire in late September regardless.

“Putin’s unjustified invasion of Ukraine has cut off a critical source of wheat, corn, barley, oilseeds, and cooking oil, and we’ve heard from many producers who want to better understand their options to help respond to global food needs,” FSA Administrator Zach Ducheneaux said in a statement. “This announcement will help producers make informed decisions about land use and conservation options.”

But the contracts expiring in September only represent about 4 million acres, or about 18% of the total conserved land under the CRP, according to a recent FSA report. It is also unclear what number of farmers will opt to begin harvesting their lands and opt out of their CRP contracts. (RELATED: ‘Consumers Lose’: Biden’s Ethanol Gambit Will Send Food Prices Soaring, Critics Say)

The CRP — first introduced in 1985 and reauthorized by the bipartisan Agricultural Improvement Act of 2018 — offers food producers the ability to conserve rather than farm their private lands in exchange for a yearly rental payment of $15-196 per acre depending on the land type. The federal government paid farmers $1.8 billion to conserve 22.1 million acres under the program in 2021. 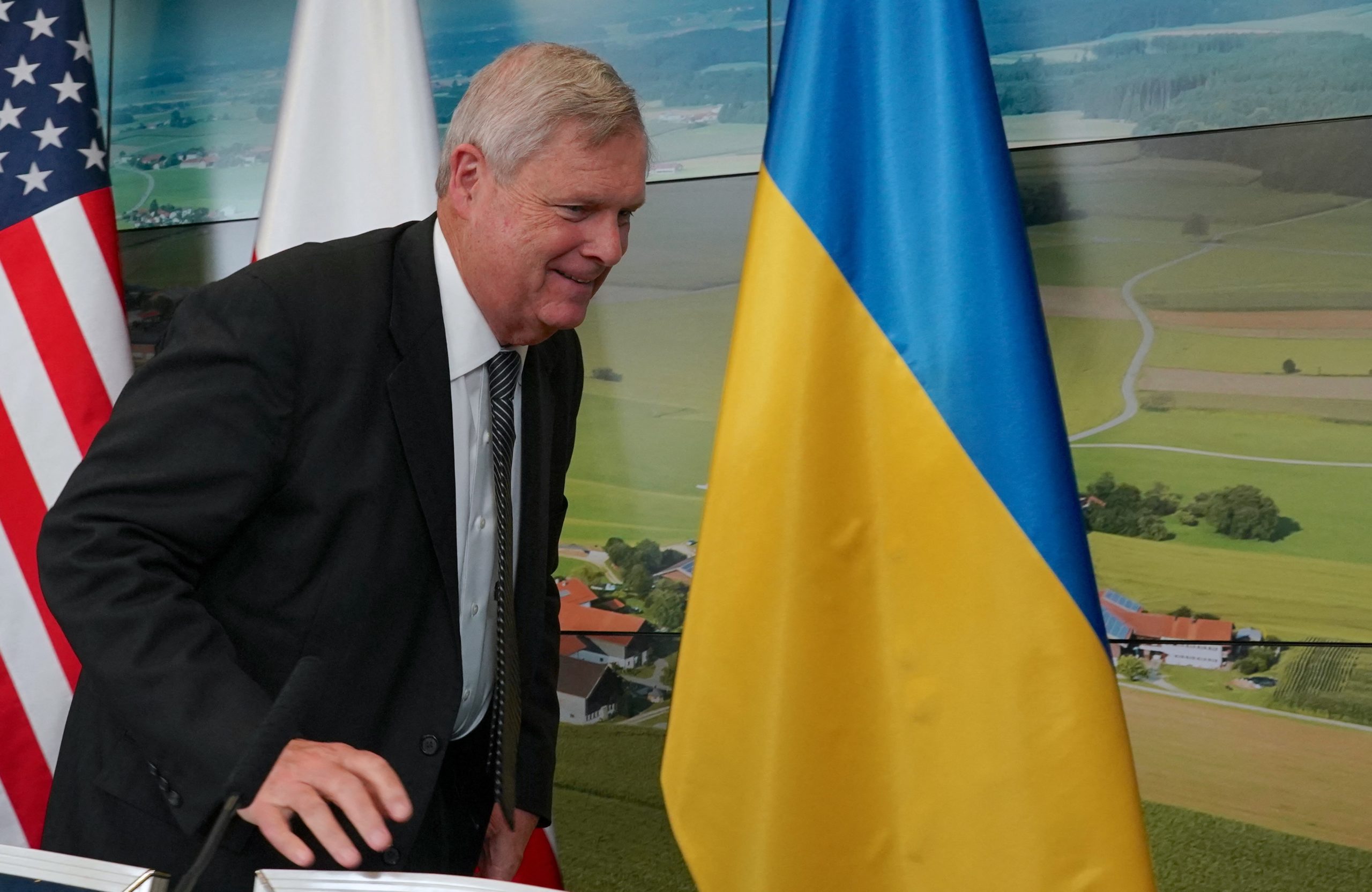 Agriculture Secretary Tom Vilsack arrives for a press briefing in Warsaw, Poland, on May 16. (Janek Skarzynski/AFP via Getty Images)

While the Biden administration announced Thursday it would increase flexibility for opting out of CRP contracts, it unveiled an effort in April 2021 to double down on the program as part of its climate agenda. The Department of Agriculture (USDA) boosted CRP funds by $330 million and said it planned to increase CRP land by 4 million acres, potentially canceling out its Thursday action.

“Sometimes the best solutions are right in front of you,” Agriculture Secretary Tom Vilsack said at the time. “With CRP, the United States has one of the world’s most successful voluntary conservation programs. We need to invest in CRP and let it do what it does best—preserve topsoil, sequester carbon, and reduce the impacts of climate change.”

“The instability from the Ukraine–Russia conflict starts to create a whiplash effect in the food supply chain,” Daniel Aminetzah, the head of McKinsey’s chemicals and agriculture division, said in April.

The USDA didn’t immediately respond to a request for comment from The Daily Caller News Foundation.