U.S. natural gas prices have skyrocketed nearly 150% this year while inventory levels have shrunk, signaling more consumer pain ahead of the summer season.

The Henry Hub natural gas spot price, an indicator of nationwide prices, stormed past $9.30 per million British thermal units (MMBtu) Thursday, up from its early January price of $3.74 per MMBtu and the highest level since 2008, according to government data. U.S. natural gas inventories have been drained in recent months, declining 17.6% year-over-year and down 15.3% relative to their 2017-2021 average, additional data released Thursday showed.

“There’s almost no ceiling for natural gas,” Kent Bayazitoglu, an energy analyst at the firm Baker & O’Brien, told The Wall Street Journal. “You can reduce your driving a lot easier than you can reduce your natural-gas consumption.”

“It’s like a roller coaster,” Bayazitoglu added. “You don’t get nervous going down, but going up.” (RELATED: CRUDE FLIP-FLOP: Biden’s Energy Sec Now Open To Oil Ban, But Will It Actually Lower Gas Prices?) 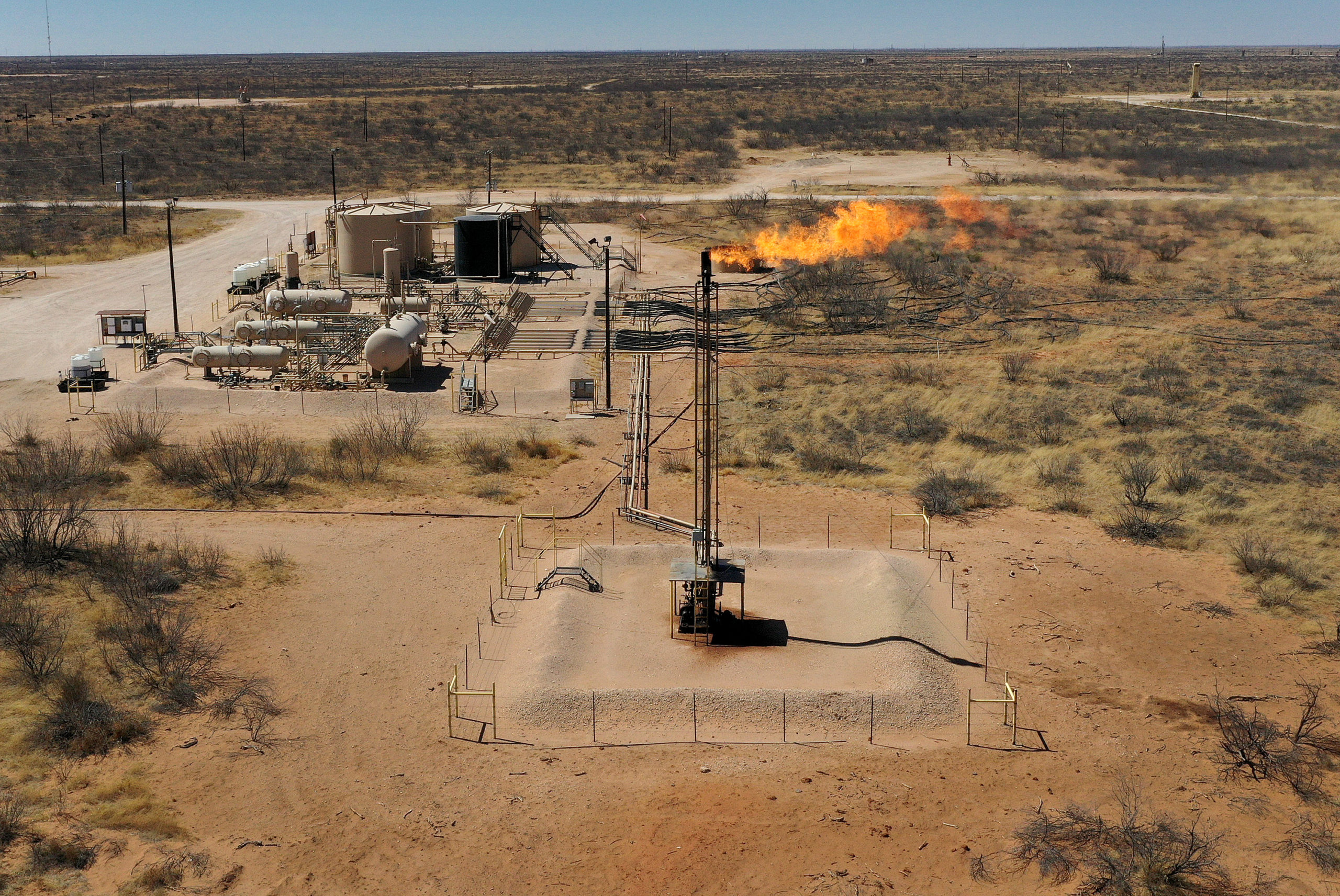 Natural gas is flared off in the Permian Basin oil field on March 12 in Andrews, Texas. (Joe Raedle/Getty Images)

The large natural gas price increases have occurred ahead of the summer when annual natural gas demand for electric power has historically peaked, according to the Energy Information Administration. Demand peaked in August 2021 last year and July 2020 the year before.

President Joe Biden, meanwhile, struck a deal in late March to send an additional 529.72 billion cubic feet (Bcf) of liquefied natural gas to the European Union in 2022. The agreement was part of the bloc’s commitment to wean itself off Russian natural gas in the aftermath of the Ukraine crisis.

However, such an increase would represent a nearly 15% uptick in export levels compared to 2021 and 71% increase compared to 2020, according to the EIA. Natural gas production has increased 2.8 Bcf per day in 2022 compared to the same period in 2021, a recent American Gas Association report concluded.