President Joe Biden traveled to Uvalde, Texas on Sunday in the wake of a deadly mass shooting at an elementary school.

Nineteen children and two teachers died Tuesday after 18-year-old suspected gunman Salvador Ramos entered Robb Elementary School and opened fire inside a classroom. Law enforcement have faced criticism in the days following the massacre over questionable tactics used in responding to the shooter. (RELATED: 8 Examples Of People Being Incredible In The Face Of The Texas Massacre)

Biden, alongside First Lady Jill Biden, traveled to Uvalde in the wake of the attack “to grieve with the community that lost twenty-one lives in the horrific elementary school shooting,” the White House noted. While in Texas, the Bidens will visit the memorial site at the elementary school, attend mass and meet with families of victims and survivors.

The president returned to the White House from his Asia trip on Tuesday evening and gave a speech in the wake of the attack. Biden began his speech by recognizing the horrors behind the lives lost and eventually pivoted to a call for America to “stand up to the gun lobby.”

Biden also referenced the school shooting during a commencement speech at the University of Delaware on Saturday. (RELATED: As The Texas Shooter Killed Children, Police Cuffed And Pepper-Sprayed Parents Trying To Get In The Building) 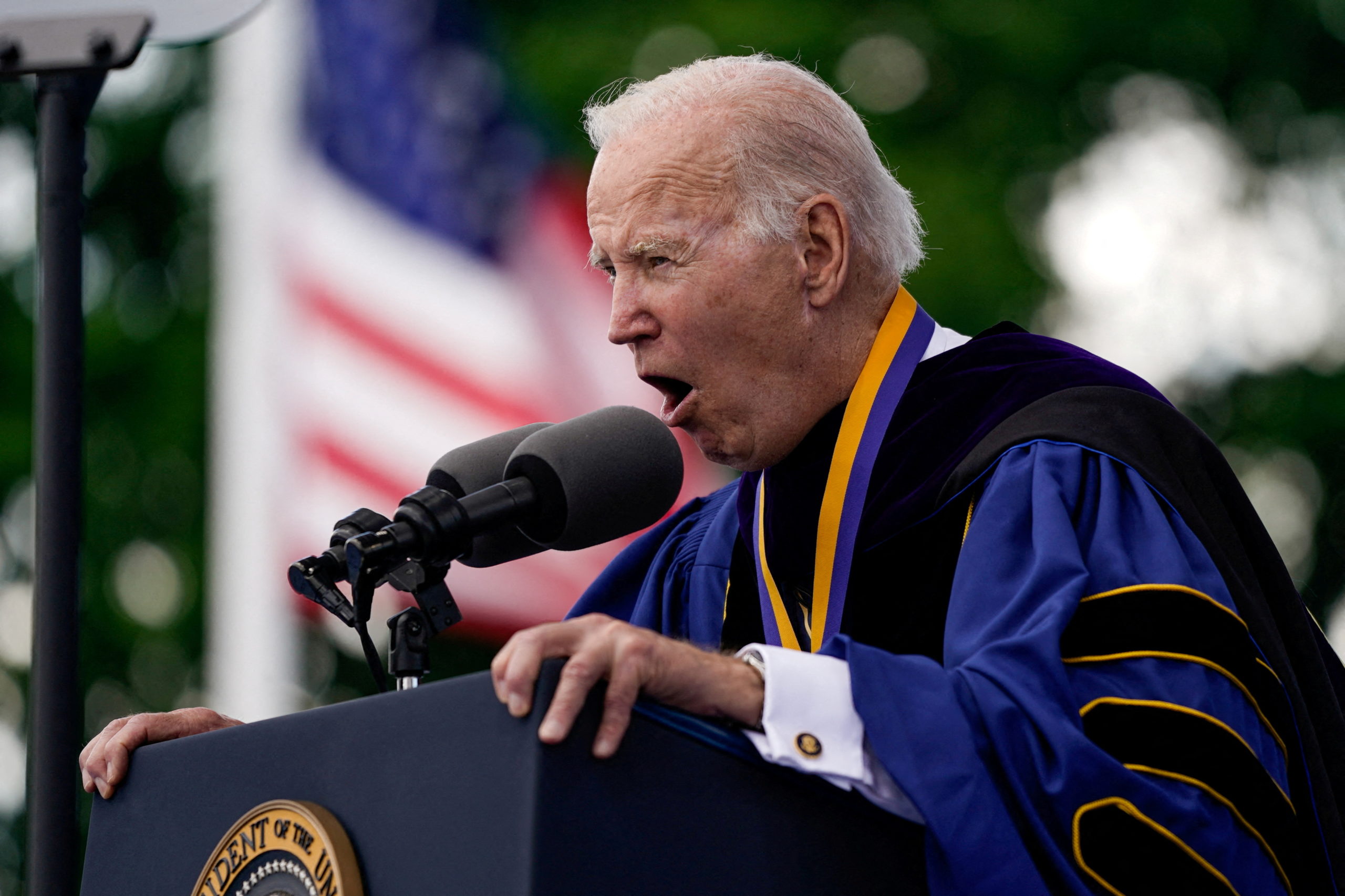 “Too much violence, too much fear, too much grief,” Biden said. “We cannot outlaw tragedy, I know, but we can make America safer. We can finally do what we have to do to protect the lives of the people and of our children.”

The president has been a big proponent of gun control. He has targeted “ghost guns” and advocated for a ban on so-called “assault-style” weapons, a term gun control advocates use to refer to certain kinds of semi-automatic weapons.

Biden’s trip to Uvalde marks his third time visiting the site of a mass shooting since taking office, according to Reuters. He visited Buffalo, New York earlier in May after a mass shooter targeted a grocery store and killed ten people. That accused shooter, 18-year-old Payton Gendron, was taken alive by police.

Ramos was fatally shot by border patrol agents an hour and fifteen minutes after police entered the school, according to a timeline published by The New York Times. The gunman fired over 100 rounds before being shot, The Times also reported.