As the national average for gasoline rose to a new record high of $4.62 a gallon on Memorial Day, prices varied throughout the country affecting drivers on one of the busiest travel days of the year.

According to AAA, gas prices went up one penny since Sunday and gasoline is now 44 cents more expensive than it was just last month, CNN reported. On Memorial Day of 2021, gas prices averaged $3.05 a gallon, according to AAA. The Biden administration has continued to face criticism over the record-breaking gas prices and has been blaming the increase in price on the war in Ukraine.

AAA also said around 34.9 million people are traveling by car for Memorial Day weekend, which is 4.6% higher than in 2020, CNN noted. (RELATED: Gas Prices Hit Another Record High)

The 10 states that had the most expensive average gas prices over Memorial Day weekend, according to AAA: 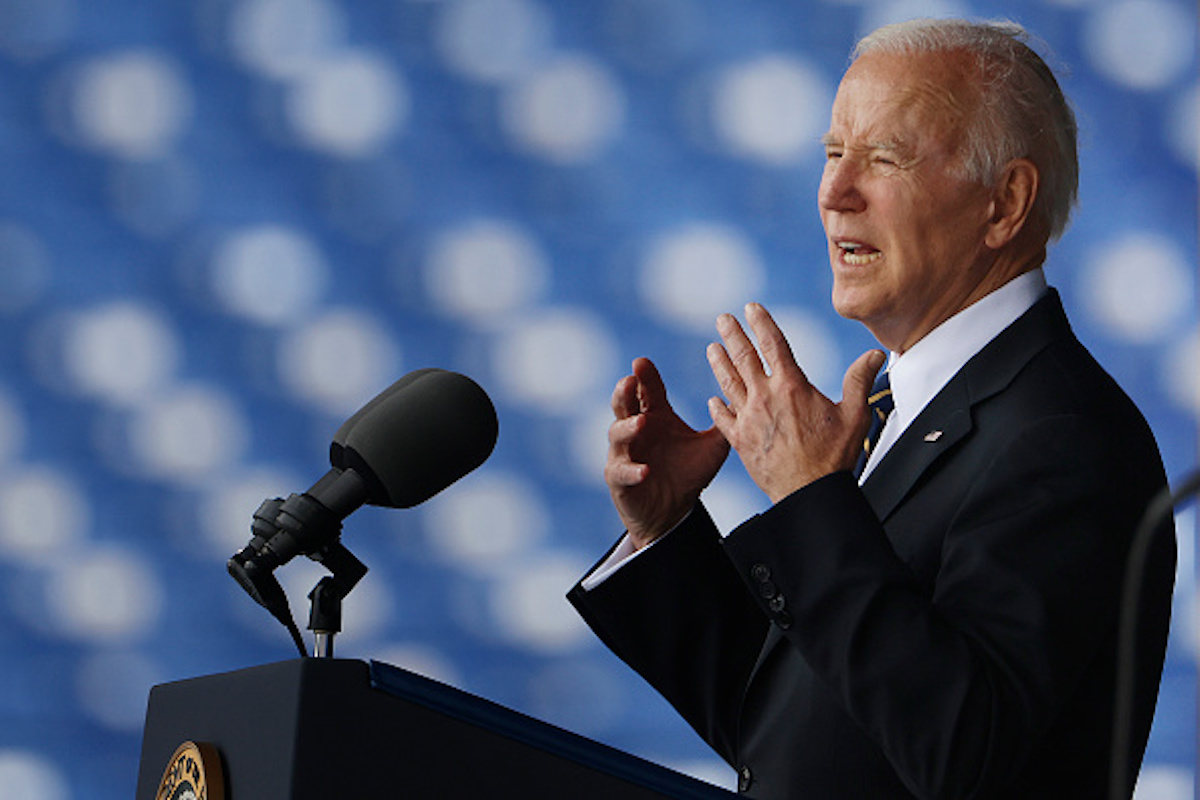 President Joe Biden delivers the commencement address during the graduation and commissioning ceremony at the U.S. Naval Academy Memorial Stadium on May 27, 2022 in Annapolis, Maryland. A total of 1,100 sailors and Marines graduated from the service academy. (Photo by Chip Somodevilla/Getty Images)

The Hill first reported about the highest prices in the 10 states. (RELATED: Biden’s Energy Sec Claims Biden Is ‘Obsessed’ With Lowering Gas Prices. So Why Do Prices Keep Going Up?)