Democratic Minnesota Rep. Ilhan Omar blamed media bias for “Islamophobia” in the U.S. in a Saturday “Welcome Address” to an organization repeatedly accused of having ties to Islamic terrorist organizations.

Omar participated in the Islamic Circle of North America’s (ICNA) ICNA-MAS Convention, a conference which also featured Minnesota Attorney General and former Democratic National Committee deputy chairman Keith Ellison. In a 26-minute speech, the congresswoman complained that American media is biased towards Muslims, and that coverage is not representative of either the American Muslim community or Muslims worldwide.

“There isn’t a single Wikipedia page that you can open about a Muslim leader, in the U.S. and abroad, where you will not read something so atrocious that you do not want to associate yourself with them. It doesn’t matter which article you read about this convention, every single Muslim convention, about me, every other leader, you will be shocked to see what people are saying about us, and how we actually see ourselves,” Omar said.

“And I think about why that is. Because often times we have allowed people to develop a narrative about who we are, what our faith stands for, and how we should show up in society. And that, I think, is injustice that we have done, to ourselves and our community and to our faith. Because, as they say, the day belongs to those who show up.” “And if you are not, as the saying goes, many politicians use this, ‘if you are not at the table, you are on the menu.’ So when we, as Muslims, are not in those newsrooms, shaping the narrative and telling our own story of who we are, someone else is,” she continued.

Bipartisan elected officials and organizations have frequently criticized Omar for anti-Semitic remarks alleging Jewish control of the American political process. In 2012, she accused Israel of “hypnotiz[ing] the world,” and in 2019 claimed that people in the U.S. are “push[ing] for allegiance to a foreign country.” Omar and her allies accused fellow Democrats of “anti-Blackness and Islamophobia” for criticizing her for equating the U.S. and Israel to Hamas and the Taliban. (RELATED: The Anatomy Of An Ilhan Omar Scandal: From ‘Some People Did Something’ To Comparing The US To Hamas)

A native of Somalia who immigrated to the U.S. when she was a child, Omar went on to claim that negative portrayals of the country are not wholly accurate. Somalia has one of the highest rates of gender-based violence in the world. Sexual assault rates rose in the country nearly 80% in 2020, the UN found, although researchers often struggle to collect data. Female genital mutilation remains “almost universal” in Somalia, according to the UN.

However, according to the congresswoman, emphasizing the rates of gender-based violence is part of “the danger of the single narrative,” since that was not her experience.

“My grandfather and father raised my siblings, brothers and sisters, raised my aunts and uncles, as complete equals. I would actually be shocked when people would say, ‘this is a role for your brother and this is a role for you guys,’ because that wasn’t the case in our household. And I remember the first time I told the story about how in our household, everybody did everything together. We ate together, we prayed together, my brothers helped cook and clean, so did we, there was no roles because I didn’t have a mother, and my aunts and uncles didn’t have a mother,” Omar said. 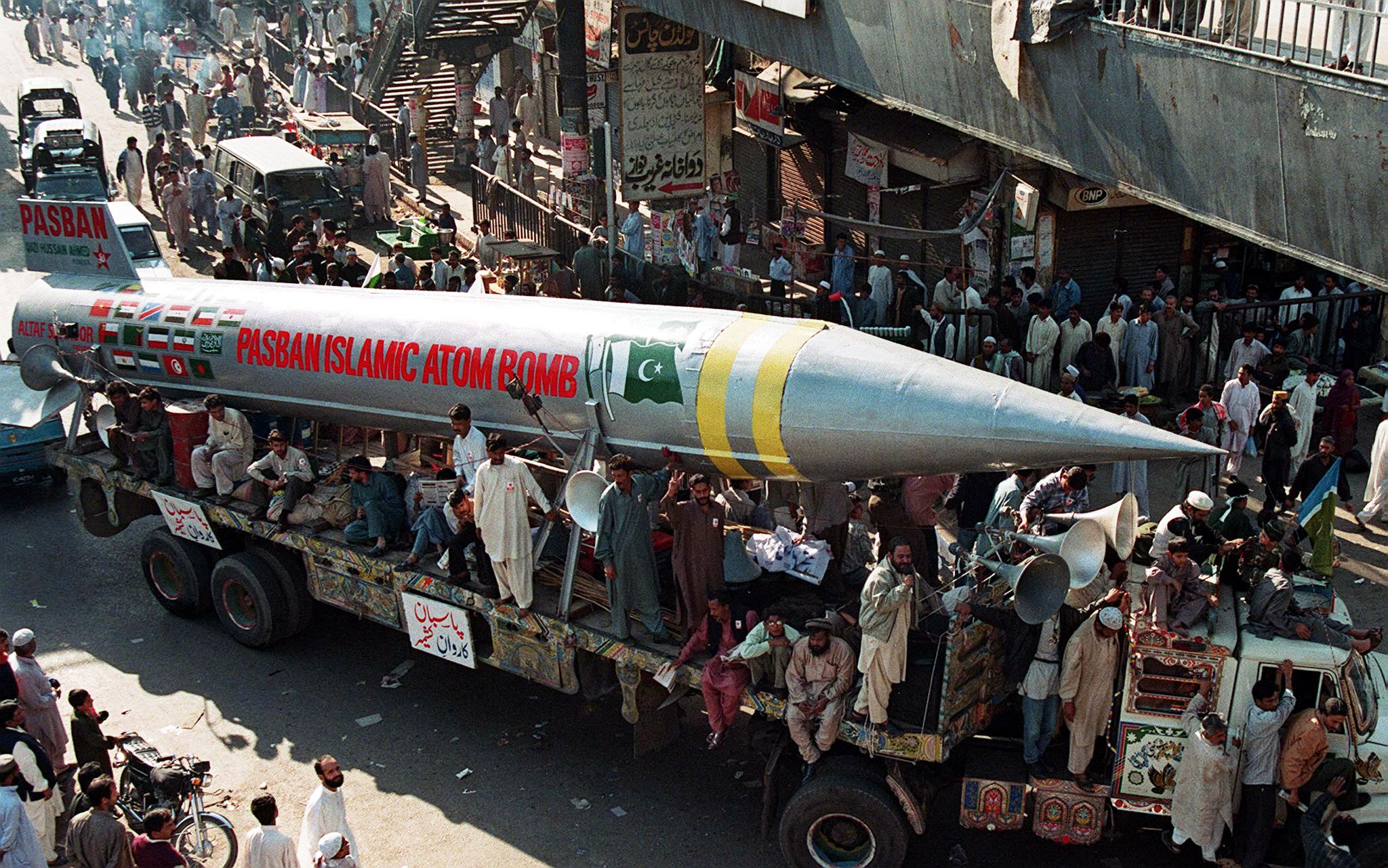 KARACHI, PAKISTAN: A mock missile, dubbed the Pakistan Islamic Atomic Bomb, is paraded through the streets of Karachi by Pasban, a youth wing of the country’s main fundamentalist Jamaat-e-Islami, here 05 February, as part of a day of solidarity with Kashmiris in Indian-administered Kashmir. Pasban leaders said the mock missile symbolised Pakistan’s nuclear capabilities. (AAMIR QURESHI/AFP via Getty Images)

Although Omar promoted a more egalitarian vision in her speech, ICNA is known for segregating by sex during events, and has been accused by members of Congress and academics of being an arm of Jamaat-e-Islami, a Pakistani organization with arms in several South Asian countries. ICNA has also promoted the Muslim Brotherhood, and hosted terrorist imam Anwar Al-Awlaki for at least one event in 2002.

Accusations against ICNA of having ties to terrorist organizations have been bipartisan. Republican Iowa Sen. Chuck Grassley and Democratic Montana Sen. Max Baucus listed the organization in a 2003 request to the IRS for documents from non-profit organizations with ties to terrorist financing. Republican Indiana Rep. Jim Banks introduced a resolution in 2019 noting ICNA Relief’s connection to Jamaat-e-Islami and preventing the U.S. government from funding ICNA.

Omar’s office did not respond to the Daily Caller’s request for comment on whether or not she believes that criticism of her or ICNA is due to Islamophobia.