Republican Georgia Senate nominee Herschel Walker said that he is “mad” President Donald Trump for saying he was the one who told Walker to get into the race against Democratic Georgia Sen. Raphael Warnock.

In an interview posted Saturday with a rapper named Killer Mike on Revolt TV, Walker explained that Trump never asked him to run for Senate and that he is “taking credit” for saying he did so. Walker said it was one thing that people did not know about his race.

“So, I’m mad at him, because he never asked, but he’s taking credit that he asked,” Walker added. (RELATED: Herschel Walker Wins Georgia Senate GOP Primary)

In March of 2021, Trump encouraged the football legend to run for Senate in Georgia putting out a statement from the Save America PAC that read: “Wouldn’t it be fantastic if the legendary Herschel Walker ran for the United States Senate in Georgia? He would be unstoppable, just like he was when he played for the Georgia Bulldogs, and in the NFL. He is also a GREAT person. Run Herschel, run!” (RELATED: Trump Encourages Herschel Walker To Run For Senate In Georgia) 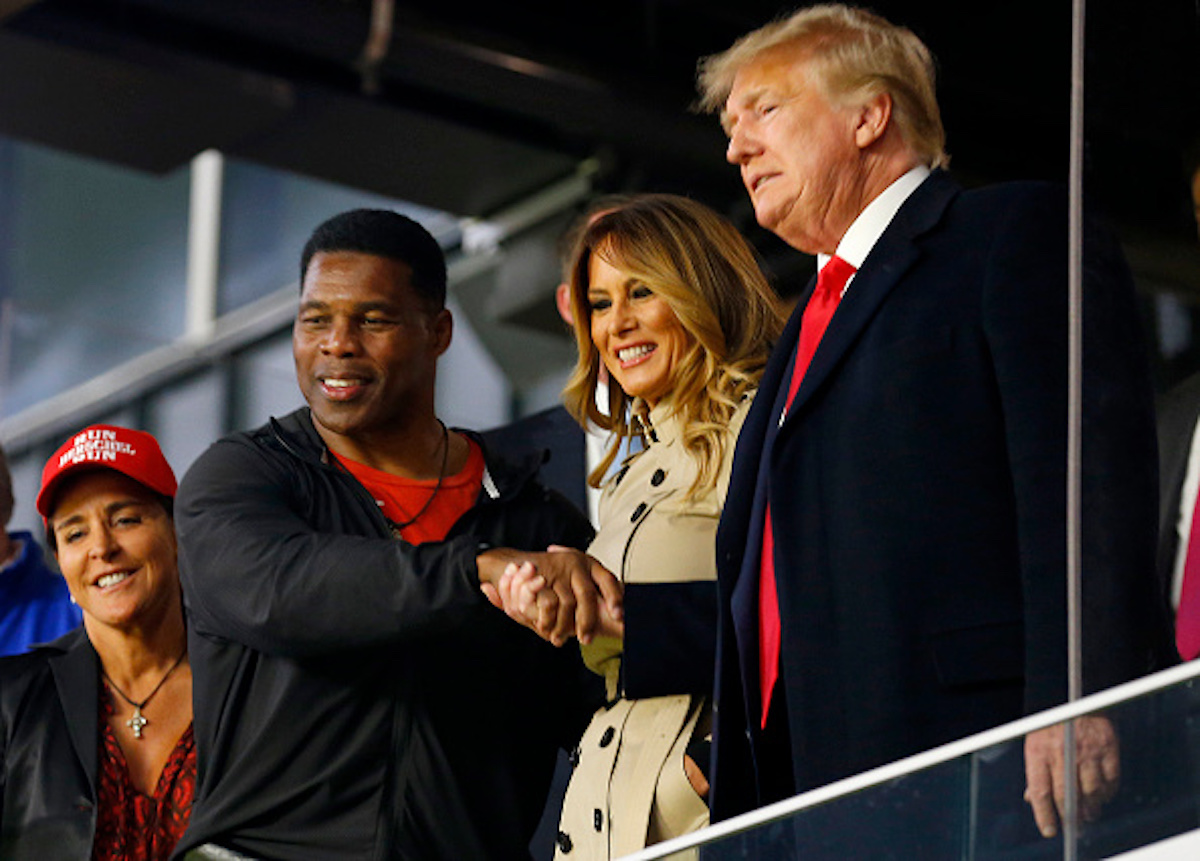 Former football player and political candidate Herschel Walker interacts with former president of the United States Donald Trump prior to Game Four of the World Series between the Houston Astros and the Atlanta Braves Truist Park on October 30, 2021 in Atlanta, Georgia. (Photo by Michael Zarrilli/Getty Images)

Walker spoke at the Republican National Convention in 2020 and served on the President’s Council on Sports, Fitness and Nutrition under Trump. (RELATED: EXCLUSIVE: Herschel Walker Talks Georgia Elections, China And Radical Democratic Spending)

The Daily Caller contacted both Walker’s campaign and Trump’s communications team, to which they did not immediately respond.