Treasury Secretary Janet Yellen also attended the meeting, according to a pool report. The White House noted ahead of time that the president and Powell would discuss “the state of the American and global economy” as well as “addressing inflation,” which was dubbed Biden’s “top economic priority,” NBC News reported.

“My plan to address inflation starts with the simple proposition: Respect the Fed, respect the Fed’s independence, which I have done and will continue to do,” Biden told reporters at the top of the meeting Tuesday.

High inflation – which officials consistently downplayed as “temporary” throughout parts of 2021 – continues to plague the Biden administration and America as a whole. Biden has tried to push the blame to the COVID-19 pandemic and Russia’s invasion of Ukraine.

Still, multiple polls indicate that a majority of Americans blame Biden for inflation. 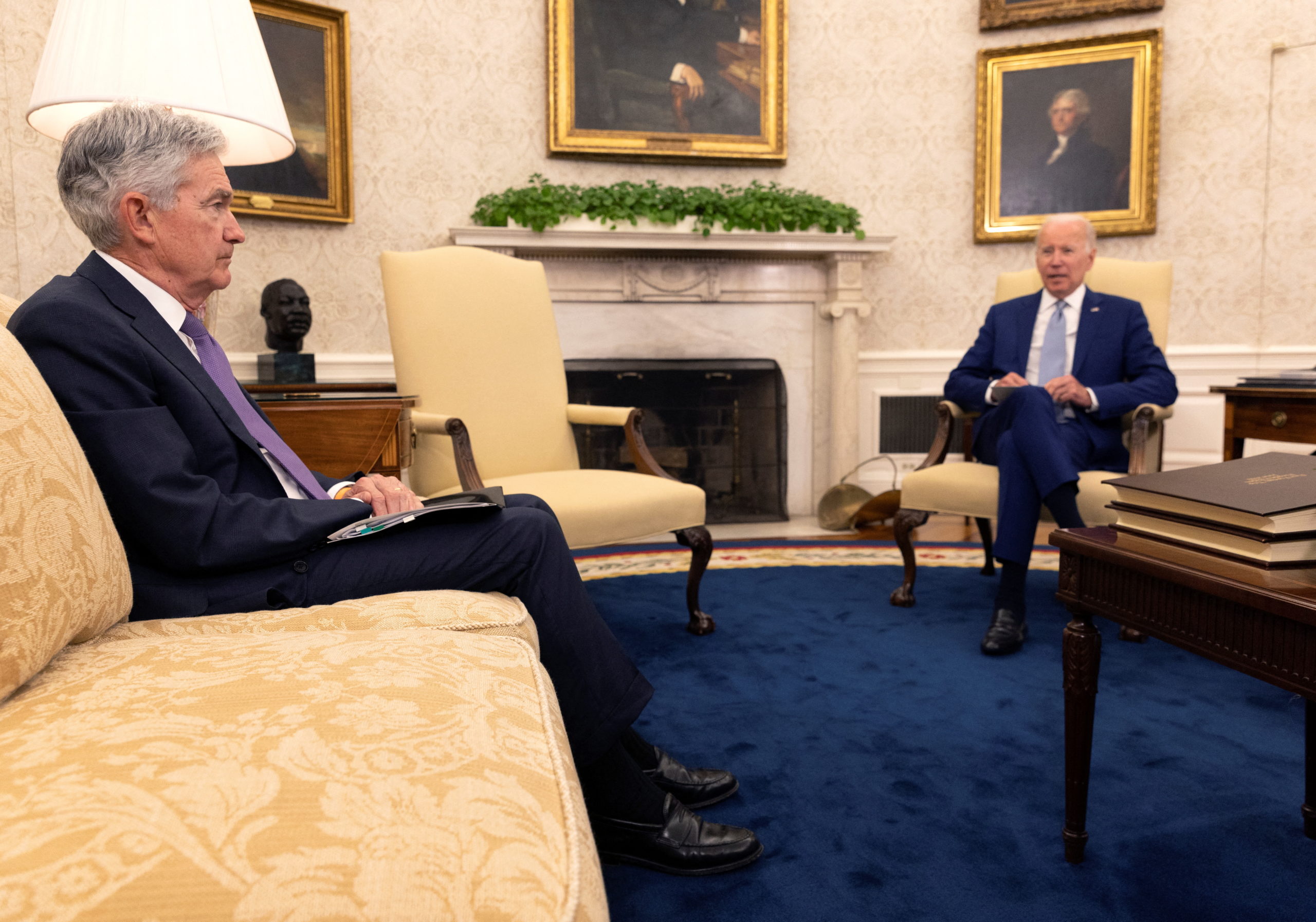 Biden’s meeting with Powell and Yellen kicks off the White House’s month-long June economic push. A White House official said the administration plans to make “a concerted effort to communicate on our accomplishments to date on the economy” as well as “on the path forward.”

According to the White House official, “the key message” from the administration throughout the month will be on discussing the economy and “how we can put more money in the pockets of working families.” (RELATED: REPORT: Lead Pollster Kept Warning Biden That Inflation And Immigration Would Cost Him Deeply)

Biden also wrote an op-ed about the economy in The Wall Street Journal on Monday. In the piece, he promised to make “tackling inflation” his “top economic priority.”

“I welcome debate on my plan to tackle inflation and move the economy to stable and steady growth. I have a very different approach from Congressional Republicans, led by Sen. Rick Scott, whose plan would raise taxes on people making less than $100,000 and require that Congress reauthorize bedrock programs like Medicare, Social Security and Medicaid every five years. That would make American families poorer and more economically insecure,” Biden wrote, reiterating a now-common remark against Scott made from administration officials.

Notably, this claim tying Scott’s plan to that of Congressional Republicans was given three Pinocchios in a fact check published by The Washington Post.

“We still see little evidence that the proposals highlighted by the White House merit enough support that they can be dubbed ‘congressional Republican’ plans, let alone plans that a ‘majority’ of Republicans back. Scott remains on a policy island, all by himself, though substantive alternative plans have yet to be introduced by other Republicans,” The Post wrote.