A significant number of black staffers have left the Biden White House over the past few months, with some alleging a negative work environment that does not present many opportunities to advance their careers, Politico reported Tuesday.

Beginning with Vice President Kamala Harris’ senior adviser and chief spokesperson Symone Sanders in December, at least 21 black staffers have departed or plan to depart the White House, Politico reported. Some of the staffers have started calling the development “Blaxit” due to how noticeable the trend is.

“They brought in a ton of black people generally to start without ever establishing an infrastructure to retain them or help them be successful,” a black staffer currently working at the White House told Politico. “If there is no clear infrastructure of how to be successful, you become just as invisible in this space than you would be if you were not in it.”

While some of the staffers said they left on good terms with the administration, the departures allegedly affected the morale of the White House, exacerbating the problems that already existed, staffers told Politico. Public engagement head Cedric Richmond’s decision to leave reportedly severely diminished the spirits of those still in the administration.

One staffer told Politico that Richmond was seen as a “big brother” and “the voice of those folks,” Politico reported. Another said he was “a nucleus” for black staffers, adding there no one had been able to fill his shoes since he left. 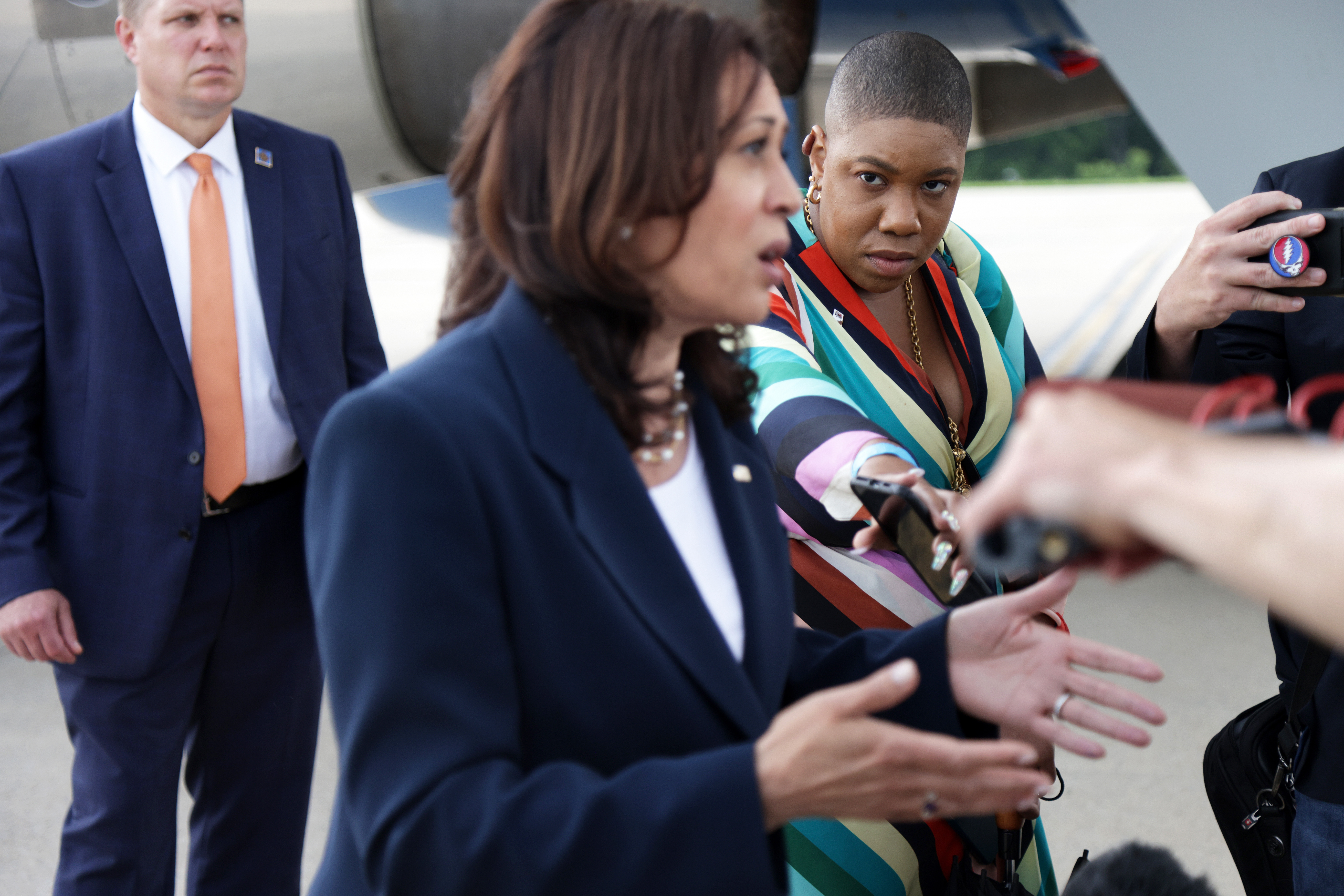 Richmond told Politico that the administration had done more than those before it to give young black staffers greater responsibilities and that most were simply leaving for better opportunities.

“I have heard about an exodus of black staffers from the White House — ‘Blaxit’ — and I am concerned,” Spencer Overton, president of the Joint Center for Political and Economic Studies, told Politico. (RELATED: Psaki Chokes Up As She Addresses Press One Final Time Before Leaving For Reported MSNBC Gig)

“Black voters accounted for 22 percent of President Biden’s voters in November 2020. It is essential that Black staffers are not only recruited to serve in senior, mid-level and junior White House positions, but are also included in major policy and personnel decisions and have opportunities for advancement,” he said.

A number of staffers expressed frustration with deputy chief of staff Jen O’Malley Dillon for failing to retain and promote black employees. Other officials said the blame was misplaced, as Dillon only signs off on promotions rather than making the decisions herself.

“The president is incredibly proud to have built what continues to be the most diverse White House staff in history, and he is committed to continuing historic representation for black staff and all communities,” White House Press Secretary Karine Jean-Pierre said in a statement.

“This is a normal time for turnover across the board in any administration and black staff have been promoted at a higher rate than staff who are not diverse,” she said.

The administration directed The Daily Caller News Foundation to a statement by White House Director of African American Media Erica Loewe, who accused Politico of purposefully excluding quotes from old and current black staffers that didn’t fit with the outlet’s narrative.

“Instead of including their on-the-record sentiments, Politico singled out Black staff who left at a normal time for general turnover and then intentionally kept their own perspectives about their stories in the dark,” Loewe told Mediaite.