A California appeals court ruled Tuesday that bees can be classified as fish under the state’s Endangered Species Act (CESA) in a blow to agriculture groups.

The Sacramento-based three-judge panel ruled that four species of bumble bees found across California are technically fish since they are invertebrates, according to the decision in a case concerning the species’ protected status that pitted the state government against agriculture groups. The court added that the term fish shouldn’t be confined to “aquatic” invertebrates under the CESA.

“We acknowledge the scope of the definition is ambiguous but also recognize we are not interpreting the definition on a blank slate,” the appellate court’s ruling stated. “The legislative history supports the liberal interpretation of the Act (the lens through which we are required to construe the Act) that the Commission may list any invertebrate as an endangered or threatened species.” (RELATED: ‘Consumers Lose’: Biden’s Ethanol Gambit Will Send Food Prices Soaring, Critics Say)

“Furthermore, limiting the term to aquatic would require a restrictive rather than liberal interpretation of the Act, which is also directly at odds with our duty to liberally construe the remedial statutes contained therein,” the panel continued. “We thus decline to apply the statutory interpretation canon here.” 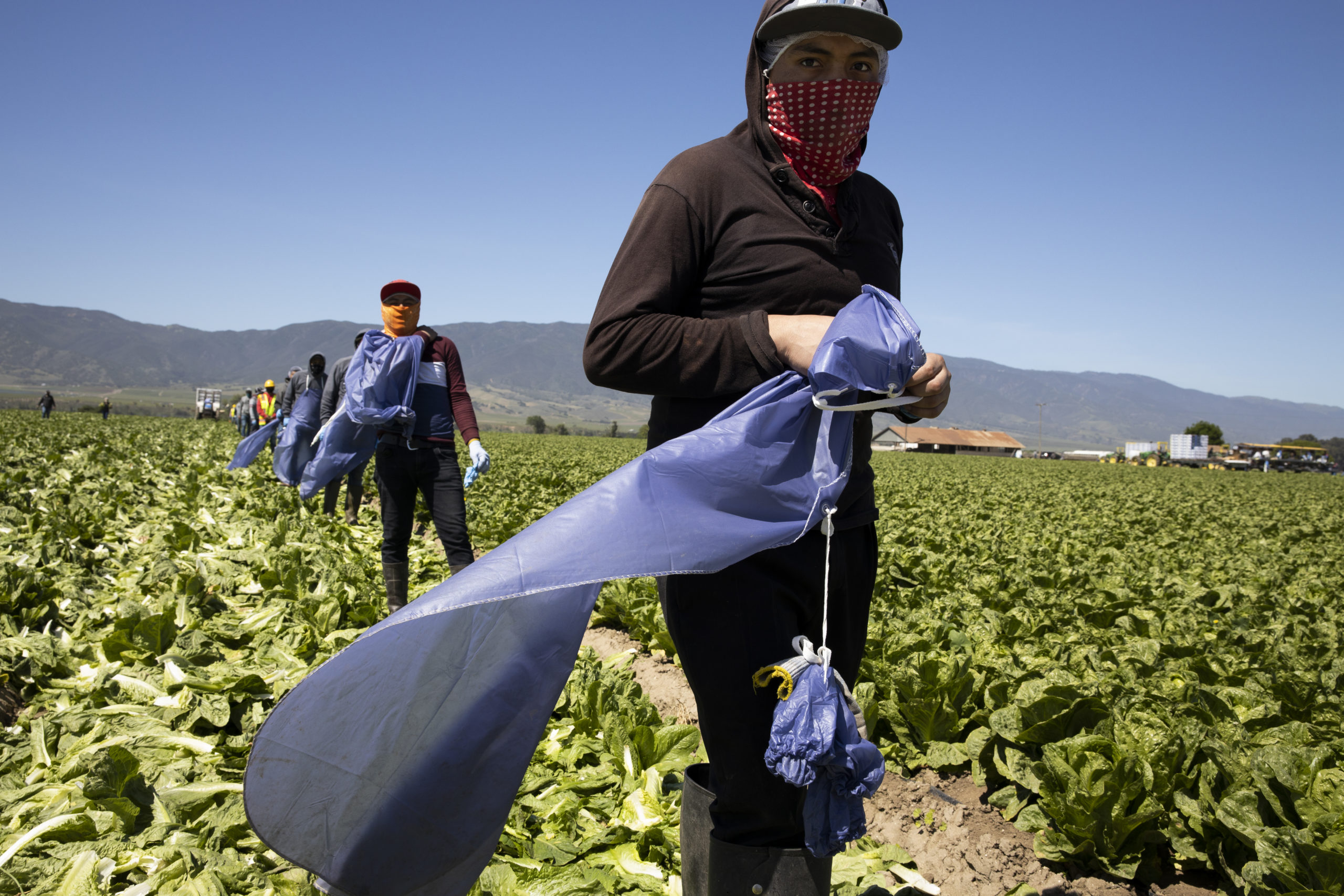 Farm laborers line up to get lunch in April 2020 in Greenfield, California. (Brent Stirton/Getty Images)

In 2019, the California Fish and Game Commission (FGC) voted 3-1 in favor of listing the Crotch, Franklin’s, Suckley cuckoo and western bumble bees as endangered species, marking the first time insect species were given such protection. The Almond Alliance of California, which represents the state’s almond industry, formed a coalition of various agriculture groups opposing the classification and arguing it would impose a massive financial burden on nut growers who use pesticides, the Pacific Nut Producer reported.

The CESA statute lists “native species or subspecies of a bird, mammal, fish, amphibian, reptile, or plant” as candidates for protection.

“In an age where grocery store shelves are already empty, where we’re struggling with high inflation and the cost of food here in California, something like this — the cost of food will go up because you’re gonna have to chuck it in from somewhere the bee is not listed as an endangered species,” Almond Alliance of California President and CEO Audrey Bettencourt told The Daily Caller News Foundation in an interview.

“We’re in a drought and we have the highest water restrictions in the country, anywhere in the world almost, to be able to even irrigate to bring that crop to you,” she continued. “So the inputs to farming are increasingly more expensive, because they are not considered a priority.”

Bettencourt added that the coalition hadn’t decided if it would appeal the appellate court’s ruling Tuesday. The decision overturned a 2020 lower court ruling siding with the Almond Alliance of California and its fellow plaintiffs.

The FGC declined to comment on the decision, citing pending litigation.