The Iranian government is responsible for “sponsoring” a cyberattack in June 2021 targeting the Boston Children’s Hospital, a leading U.S. intelligence official publicly disclosed for the first time Wednesday.

Federal Bureau of Investigation (FBI) Director Christopher Wray publicly blamed the Iranian state for the foiled ransomware attack in remarks delivered at the 2022 Boston Conference on Cyber Security, hosted by Boston College. The FBI received “a report from one of [its] intelligence partners” that warned of an imminent attack against the Boston Children’s Hospital in June 2021, Wray stated in his address to the conference.

The hospital has 404 beds and offers a wide array of specialized medical services for children in dire need, according to its website.

“Hackers sponsored by the Iranian government tried to conduct one of the most despicable cyberattacks I’ve seen,” Wray said.

The FBI assisted the Hospital’s staff to “ID and then mitigate the threat” before the hackers could inflict any serious damage to the Hospital’s computer system or its patients, Wray continued. (RELATED: Key US Infrastructure Is Under Major Threat From Cyber Attacks) 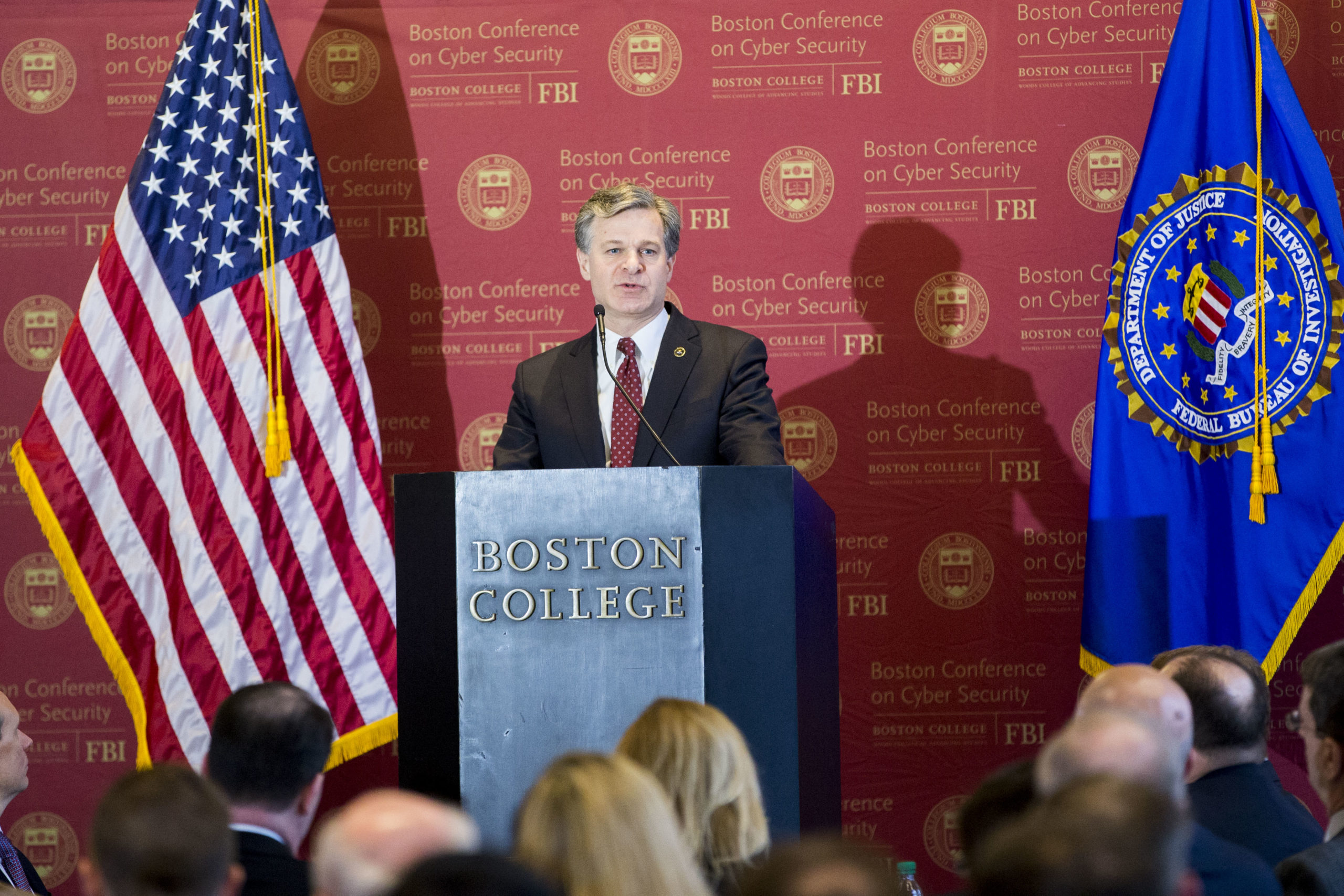 Christopher Wray speaks on the threats of state-sponsored digital warfare at Boston College on March 6, 2018 in Boston (Photo by Scott Eisen/Getty Images).

Cybercriminals targeted “14 of the 16 critical U.S. infrastructure sectors” in 2021 alone, according to Wray. Hostile foreign governments like Iran sponsor private criminal groups to target the U.S. to maintain “some plausible deniability” regarding their involvement, he also noted. (RELATED: These Are Russia’s Cyber-Warfare Units That Wreak Havoc)

The U.S. plans to counter cyber syndicates with links to the governments of Iran, China, Russia and North Korea alike with a concerted effort to “safeguard the critical infrastructure of the nation” through its Industrial Control Systems Cybersecurity Initiative, The Biden administration stated in 2021.