Democratic California Rep. Ro Khanna called on President Joe Biden to deploy the National Guard to help unload container ships along both coasts and overloaded warehouses in a Thursday op-ed in The New York Times.

Despite attempts from the Biden administration, led by Transportation Secretary Pete Buttigieg, to relieve the pileup, the Ports of Oakland and Los Angeles continue to have some of the longest wait times in the world, according to CNBC. Administration officials have blamed labor shortages due to the COVID-19 pandemic, as well as worldwide economic shocks, for the delays. (RELATED: Buttigieg Snipes At Fox News Host As Container Ships Pile Up Outside American Ports)

“The National Guard and other military units should be deployed to address immediate worker shortages that have left container ships stuck at sea and warehouses overflowing,” Khanna wrote, comparing his proposal to the Biden administration’s strategy for addressing the baby formula shortage. The president invoked the Defense Production Act in May to respond to the shortage and has organized military flights to import formula from Europe and Australia. 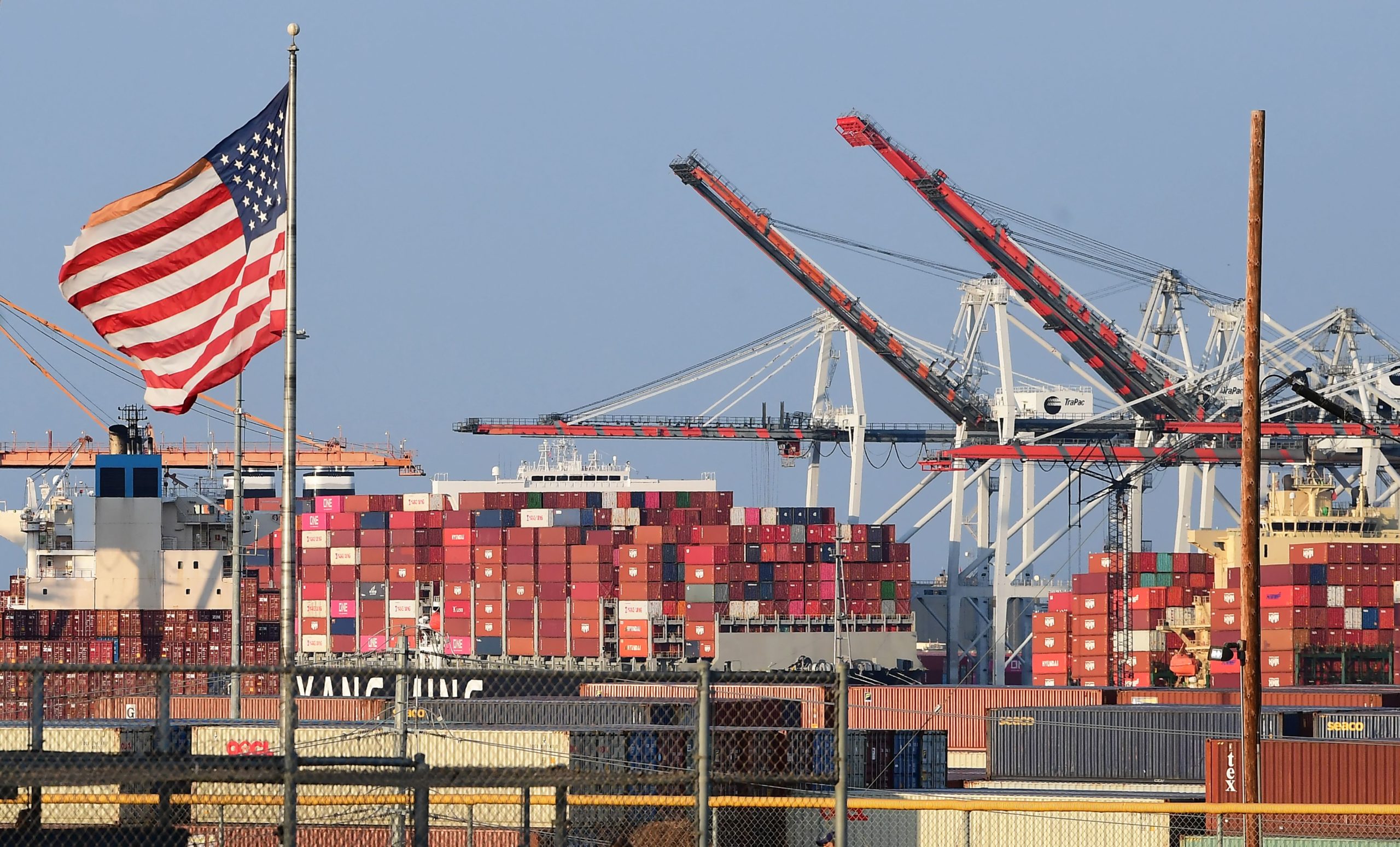 A US flag flies near containers stacked high on a cargo ship at the Port of Los Angeles on September 28, 2021 in Los Angeles, California. – A record number of cargo ships are stuck floating and waiting off the southern California coast amid a supply chain crisis which could mean fewer gifts and toys for Christmas this year as a combination of growing volumes of cargo, Covid-19 related safety measures and a labor shortage slow the handling and processing of cargo from each ship. (Photo by FREDERIC J. BROWN/AFP via Getty Images)

About 22,000 unionized dock workers are employed at 29 ports along the West Coast, according to CBS News, and their contracts expire July 1. Although the unions and port management have expressed optimism about negotiating a new collective bargaining agreement, a lockout would significantly worsen the backup.

The Biden administration reportedly considered deploying the National Guard in October 2021 to relieve supply chain issues, including at West Coast ports, according to The Washington Post. However, it did not ultimately do so, with critics pointing to logistical issues and service members not having proper training and accreditation to work as longshoremen or drive trucks.