Of the 359 Conservative Party members, 211 voted in favor of Johnson, while 148 voted against him, the BBC reported. Sir Graham Brady, the chair of the backbench 1922 Committee, announced the results Monday evening after having said earlier in the day that he received the at least 54 letters of no confidence required to trigger the vote.

The prime minister called the result of the vote “convincing” and “decisive” in an interview with Sky News. He went on to describe it as a “conclusion” to “something that has been dragging on for far too long” and said the government can now “focus on the stuff that I think really matters to people.”

Johnson has faced significant criticism from the Conservative Party and others amid an internal report finding that he and his staff hosted and attended several parties that, at the time, were in violation of the country’s strict COVID-19 guidelines. The May 25 report, written by senior civil servant Sue Gray, examined a total of 16 social gatherings held on government property since May 2020. A police investigation into the scandal resulted in more than 100 fixed penalty notices being issued to over 80 individuals. (RELATED: Report Alleges Boris Johnson’s Staff Held Drunken Parties, Violated Pandemic Restrictions) 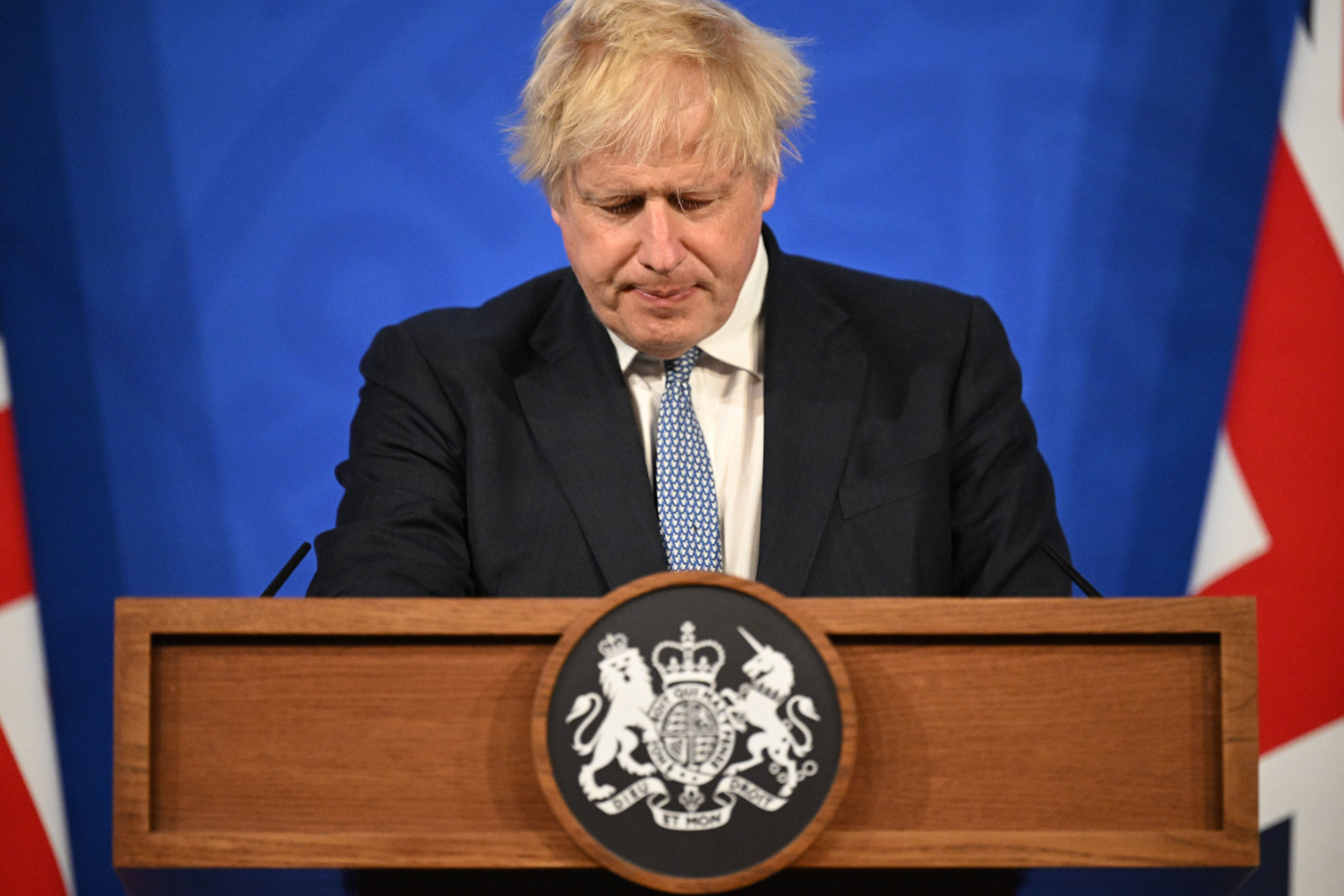 LONDON, ENGLAND – MAY 25: Prime Minister Boris Johnson holds a press conference in response to the publication of the Sue Gray report Into “Partygate” at Downing Street on May 25, 2022 in London, England. (Photo by Leon Neal – WPA Pool /Getty Images)

Preceding the confidence vote against Johnson, at least 36 conservative members of Parliament openly called for the prime minister’s resignation, according to the BBC.

Because the prime minister survived the no-confidence vote, he theoretically can not face such a challenge from his party again for one year, according to the current confidence motion rules. Some have speculated that conservative members of the parliament might attempt to change the rules and challenge Johnson’s leadership earlier than that, according to the BBC.

The 148 Conservative Party members who voted against Johnson on Monday are seemingly not alone in their disapproval of Johnson. Members of the public booed the prime minister as he arrived at St. Paul’s Cathedral in London for the Queen’s Platinum Jubilee church service Friday, video showed.