President Joe Biden reportedly “erupted” after being kept unaware for months about the seriousness of the baby formula shortage, Politico reported Sunday.

Biden admitted last week that he wasn’t aware of the depths of the baby formula shortage until “early April,” even though Abbott Nutrition issued recalls of its products and subsequently shut down its facility in Michigan back in February. White House press secretary Karine Jean–Pierre later noted that the administration was making moves to help with the crisis before looping Biden in, prompting a barrage of questions about the timeline, when the president gets informed of issues and more.

The incident reportedly angered Biden, according to Politico, which cited a White House staffer and a Democrat with knowledge of the president’s conversation.

“He [Biden] voiced his frustration in a series of phone calls to allies, his complaints triggered by heart-wrenching cable news coverage of young mothers crying in fear that they could not feed their children,” Politico reported. “Biden didn’t want to be painted as slow to act on a problem affecting the working-class people with whom he closely identifies.” 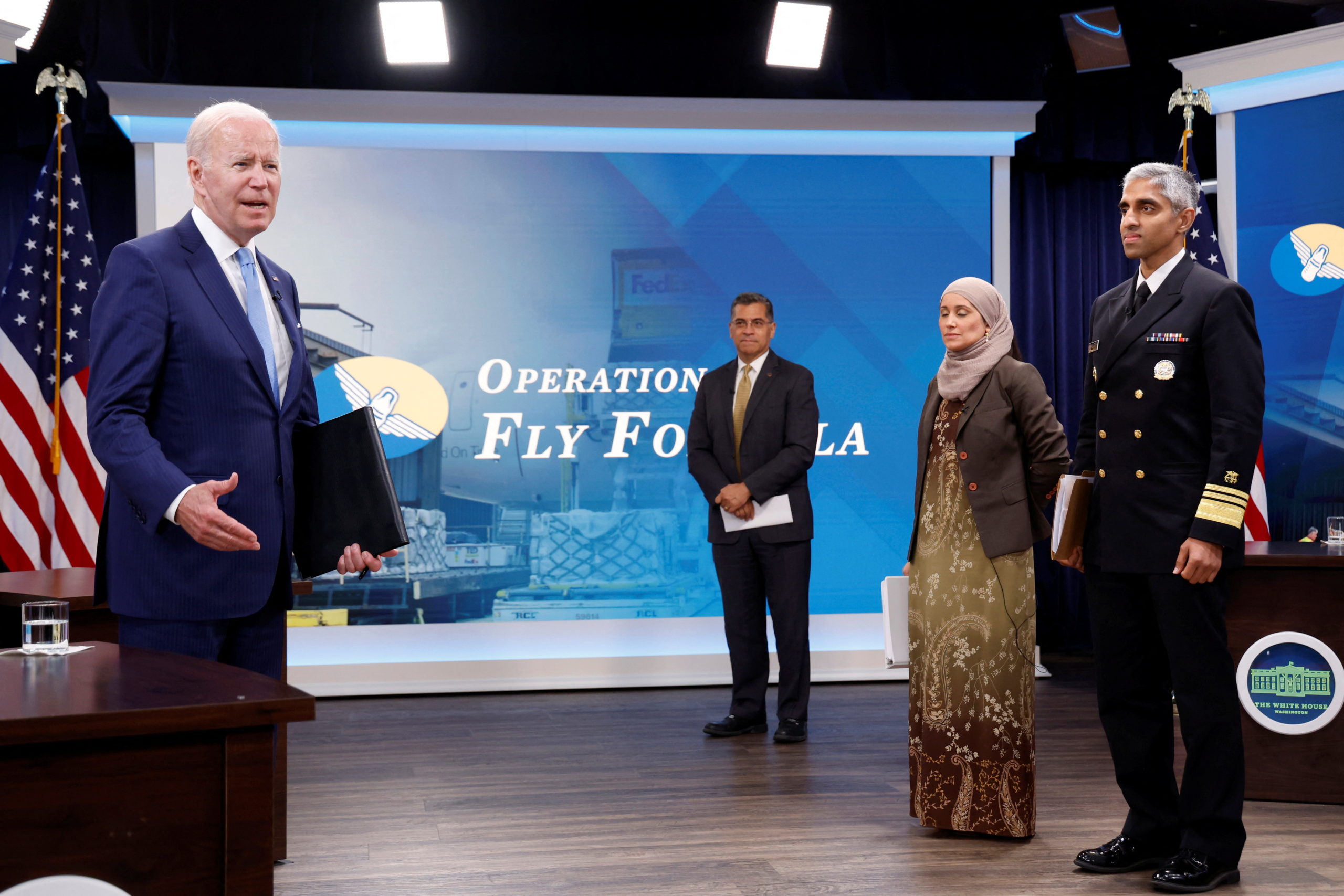 U.S. President Joe Biden, flanked by Secretary Xavier Becerra from U.S. Department of Health and Human Services, Surgeon General Vivek Murthy and Sameera Fazili, Deputy Assistant to the President and Deputy Director of the National Economic Council, speaks to journalists following holding a meeting with White House officials and baby formula manufacturers, as part of the U.S. response to the ongoing baby formula shortage, in an auditorium on the White House campus in Washington, U.S. June 1, 2022. REUTERS/Jonathan Ernst

When Biden publicly admitted he wasn’t made aware of the crisis until April, some staffers were reportedly concerned. Within the White House, there was a fear that the president would paint himself as being “out of touch,” according to Politico.

Jean–Pierre previously argued that it’s “not an unusual thing” for the president to be out of the loop on certain issues.

“This is a very common way of operation, way of moving – nothing unusual about this,” she said June 1.

The drama behind the baby formula crisis – and how the administration is handling the situation – is just the latest example of what critics argue is a larger theme of disfunction within the White House. (RELATED: Inspector General To Investigate Biden’s Baby Formula Debacle)

An analysis piece published June 3 by the Los Angeles Times noted that the president’s baby formula meeting, where he subsequently revealed when he was first made aware of the seriousness of the crisis, highlighted that the White House was too slow to see that the plant’s shutdown was a problem.

It also, according to the newspaper, underscored “persistent questions about how such a veteran administration has mismanaged major crises.”