A federal appeals panel ordered all offshore fracking in federal waters off the California coast to halt pending further environmental review in a ruling celebrated by green groups Friday.

The U.S. Court of Appeals for the Ninth Circuit ruled the Department of the Interior (DOI) violated National Environmental Policy Act, Endangered Species Act and Coastal Zone Management Act when it allowed fossil fuel drillers to frack on their federal offshore leases in California, in the decision Friday upholding a 2018 district court ruling. The case, which dates back to 2016, pitted major environmental groups led by the Environmental Defense Center (EDC) and state of California against three separate administrations and fossil fuel industry groups.

“This is an amazing victory for California’s coast and marine life,” Kristen Monsell, the oceans program legal director at the Center for Biological Diversity, a co-plaintiff in the case, said in a statement. “Fracking is incredibly dangerous and has no place in our oceans. This decision will prevent more toxic chemicals from poisoning fish, sea otters, and other marine life.” (RELATED: California Court Declares Bees Are Actually Fish)

Monsell added that the decision brought the nation one step closer to banning offshore oil and gas drilling “once and for all.”

In November 2018, Judge Philip S. Gutierrez, of the U.S. District Court for the Central District of California, ordered the Trump administration to stop issuing permits for fracking on offshore leases off the coast of California. The federal judge ruled the federal government failed to consult wildlife experts about the program’s potential harm to endangered species like sea otters and didn’t properly determine whether expanded fracking was consistent with California state laws. 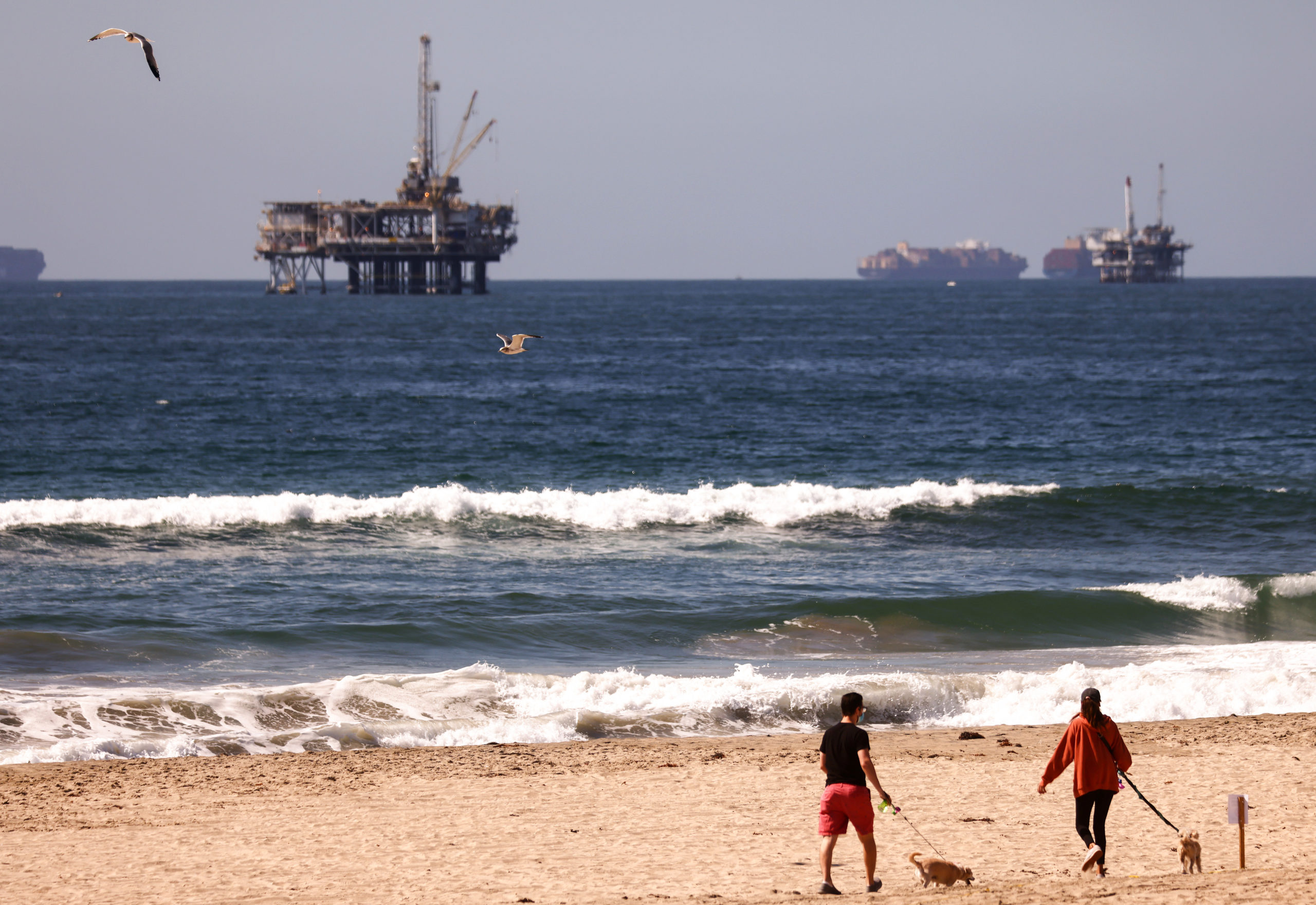 “This decision from the Ninth Circuit Court of Appeals will protect California by prohibiting the federal government from issuing permits for fracking and acidizing off our coast,” EDC senior attorney Maggie Hall said in a statement. “The Court agreed with the Environmental Defense Center and Santa Barbara Channelkeeper that offshore fracking threatens the ecologically rich Santa Barbara Channel.”

“This ruling ensures protection of our waters for wildlife, recreation, and our tourist economy,” she continued.

A DOI spokesperson said the agency is reviewing the ruling in an email to The Daily Caller News Foundation on Monday.

Just a fraction of U.S. oil production takes place off the coast of California, according to the Energy Information Administration. In March, drillers produced just 218,000 barrels of oil in the region, much less than 1% of total domestic production and a nearly 97% decline from the region’s peak levels recorded in August 1995.