Seattle’s efforts to defund its police department and transfer some of its responsibilities to other city agencies resulted in $5 million worth of wrongful parking tickets and other administrative dysfunction, according to The Seattle Times.

Seattle is refunding roughly 100,000 parking tickets worth approximately $5 million total after transferring parking enforcement duties from police to civilian parking enforcement officers in the fall of 2021, finding that the civilian officers lacked the legal authority to write the tickets, according to The Seattle Times. Parking officers also conducted more than 10,000 car tows and impounded 1,700 cars without the proper authority during this period.

“What’s going to happen here is that we’re going to get sued, I can guarantee it,” said Chuck Labertew, president of Lincoln Towing, which has the sole contract for city-initiated towing, according to The Seattle Times. “And I’m going to forward every one of those lawsuits on over to the city.”

The decision to remove this responsibility from police was part of a push in 2020 to reduce police funding and have civilians take on jobs typically handled by police, according to The Seattle Times. The City Council cut the police budget by 17% in 2020, far short of its 50% goal. (RELATED: ‘I’m Not Happy’: Democrat Mayor Bemoans Sex Assault Case Backlog)

The cost of the city’s mistake may not be limited to the $5 million in refunded tickets: people will likely contest the tows and impounds authorized by the non-police parking authority, Labertew told The Seattle Times, but the city will not refund those tows automatically. 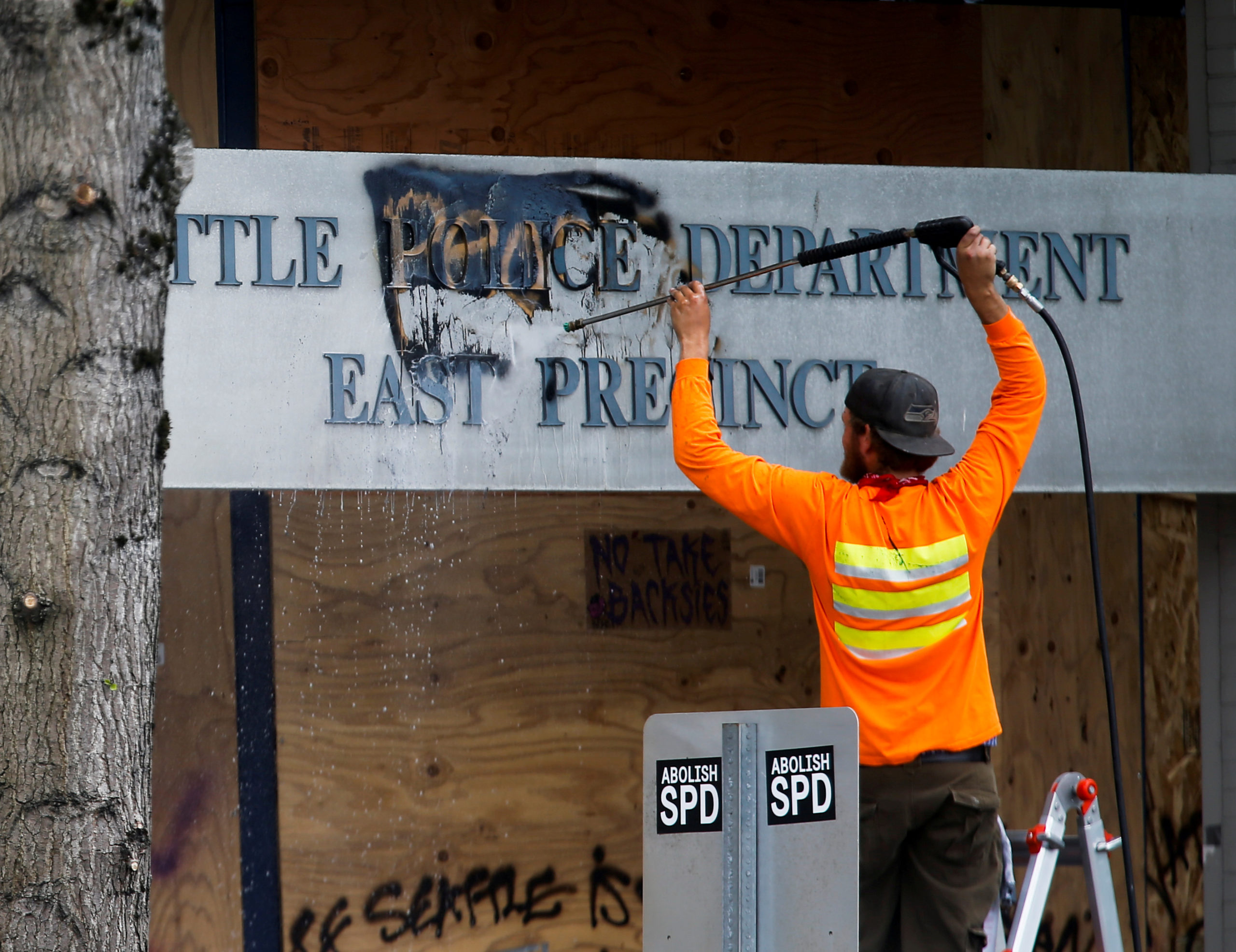 A worker cleans off the word “people” graffitied over the word “police” at the Seattle Police Department’s East Precinct as they retake the Capitol Hill Occupied Protest (CHOP) area, in Seattle, Washington, U.S. July 1, 2020.

On top of the $5 million parking ticket debacle, efforts to defund the police have limited law enforcement’s ability to prosecute serious crimes: the Seattle Police Department is not investigating new sexual assault cases due to understaffing after more than 400 officers left the force, according to The Seattle Times.

Crime has soared in Seattle in recent years: the city saw a 95% increase in shots fired and a 171% increase in people being shot from 2021 to 2022, according to The Seattle Times. Seattle’s violent crime rate, which had been steady for 30 years, suddenly jumped 20% in 2021.

The Seattle City Council did not respond to The Daily Caller News Foundation’s request for comment.