Billionaire George Soros spent a staggering $40 million through “shell organizations, affiliates, and pass through committees” in the last decade to aid in electing 75 “social justice” prosecutors in half of the 50 most-populous cities in the U.S., according to a new report.

The 17-page report, compiled by the nonprofit Law Enforcement Legal Defense Fund (LELDF), says the billionaire steers money to candidates and his “robust support network” to get left-wing prosecutors elected. The 75 prosecutors, which include those in Dallas, San Antonio, New York City, Austin, Los Angeles, Philadelphia and more, represent over one-in-five people, or more than 72 million Americans, according to the report. (RELATED: Just How Much CO2 Did Woke Elites Spew Flying Private Jets To Davos?)

“In most of these free spending contests, progressive forces proved victorious by either defeating incumbent Democrats or crushing a field of primary contenders,” the report says. “Strikingly, most of these prosecutors were political neophytes and had zero prosecutorial experience – previously an assumed prerequisite for office. Many have no previous criminal case experience.”

Karin Sweigart, a lawyer at Dhillon Law Group who specializes in nonprofit and election law, told The Daily Caller News Foundation the “politicization” of public service is a “real problem.” She called it a “trickle-down effect.”

“If you don’t have qualified people and those who are committed to public service, it’s no longer seen as a service to the community,” Sweigart said. “Then it impacts policing as a whole. It certainly impacts the ability of attorneys to be able to do their job.” 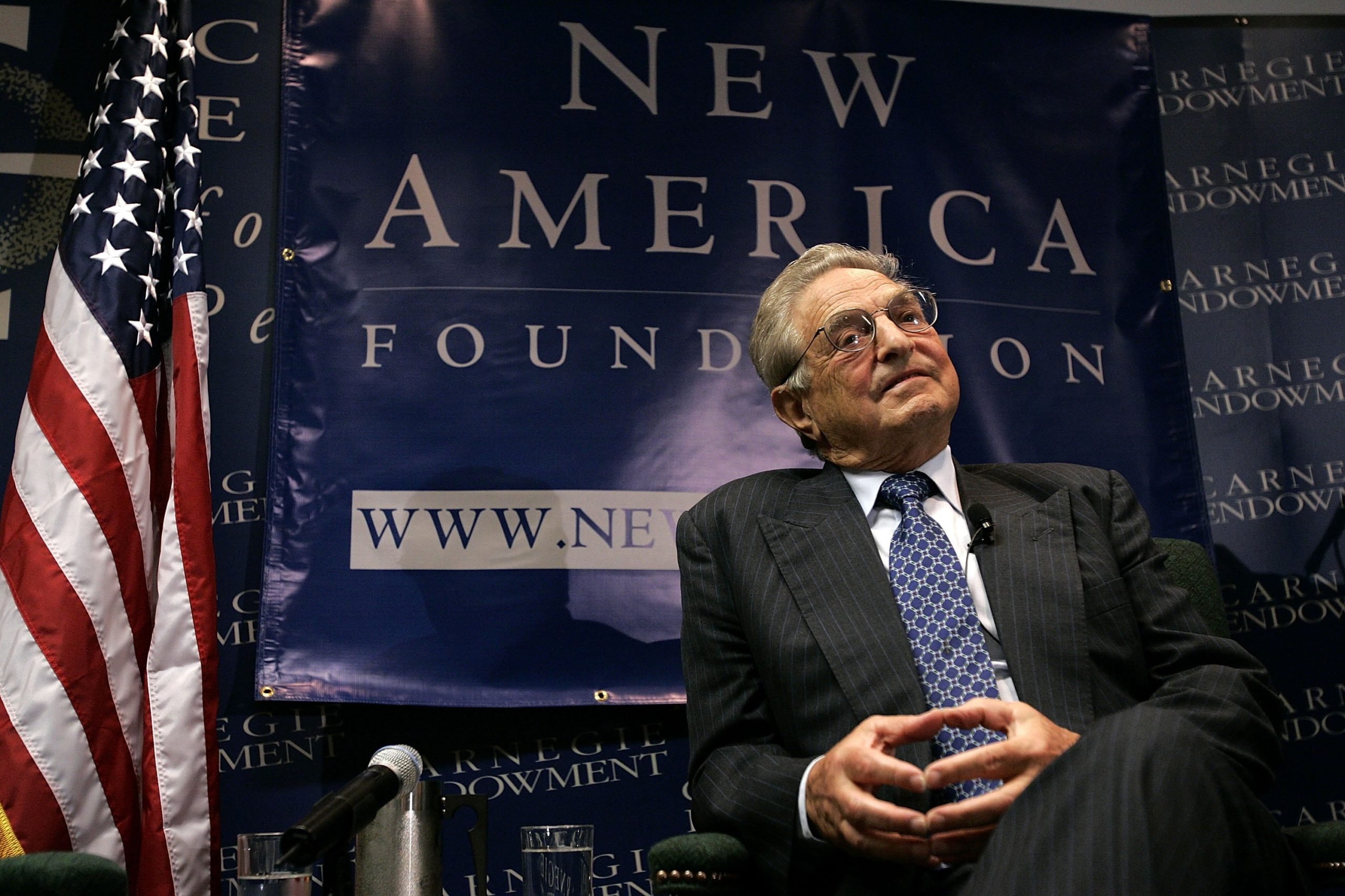 WASHINGTON – SEPTEMBER 13: Investor George Soros speaks during a program hosted by the New America Foundation September 13, 2006 in Washington, DC. Soros spoke on a range of political issues during a question and answer session. (Photo by Win McNamee/Getty Images)

The report explains the “consequences” of the Soros-backed candidates getting elected, including examples of murder cases being dismissed or lenient sentencing in major Democrat-run cities. The increase in the jurisdictions of these prosecutors predates the nationwide crime spike in 2020, the report says.

Biberaj, who the report says raked in $922,000 from Soros, took steps to try and place a father in Loudoun County in jail after his daughter claimed she was sexually assaulted in a girl’s bathroom by a boy wearing a skirt.

Crime rates have ballooned in places Soros helped get prosecutors elected. In Los Angeles, where the report says the billionaire spent $4.7 million through the California and Justice and Public Safety political action committee to get George Gascon elected in 2020, homicides hit 397 in 2021 — a 50% increase from 2019 — The Los Angeles Times reported.

Philadelphia, where Soros helped get district attorney Larry Krasner elected by funneling $1.3 million to two organizations, according to the report, had the deadliest year on record in 2021.

Those who received campaign support from Soros-funded or affiliated groups are included in the LELDF’s report, as well as those who also participated in sponsored programming by Soros groups. It also includes those who signed three or more public statements or amicus briefs coordinated by a criminal justice group backed by the billionaire.

Soros did not immediately respond to TheDCNF’s request for comment, nor did The Tides Center, Fair and Just Prosecution, Brennan Center, Safety and Justice or the Vera Institute for Justice.

“The Daily Caller is a garbage dump,” a spokesman for Soros’ Open Society Foundations told TheDCNF.