Enrollment in New York City schools is dropping while charter schools are seeing a growth in the number of students, according to a report published Wednesday by the Manhattan Institute.

Throughout all New York City schools enrollment declined with 80,707 fewer students enrolled in grades K-12 in the most recent academic year than in the 2019–20 academic year, the report said. The drop has been most pronounced in schools operated by the New York City Department of Education (NYDOE), where enrollment is down by 83,656 students, the largest drop the NYDOE has seen.

Charter school enrollment grew by 45,666, or 48.4%, throughout the last six years in New York City, the Manhattan Institute reported. Partial blame for the decline in public schools can be attributed to the pandemic; though the trends have been occurring for several years, the report claimed. (RELATED: ‘Cynical Symbolism’: Biden’s Education Department Issues New Rules To Crush Charter Schools)

Chancellor of the New York City Department of Education David C. Banks attributed the drop to parents “voting with their feet.” 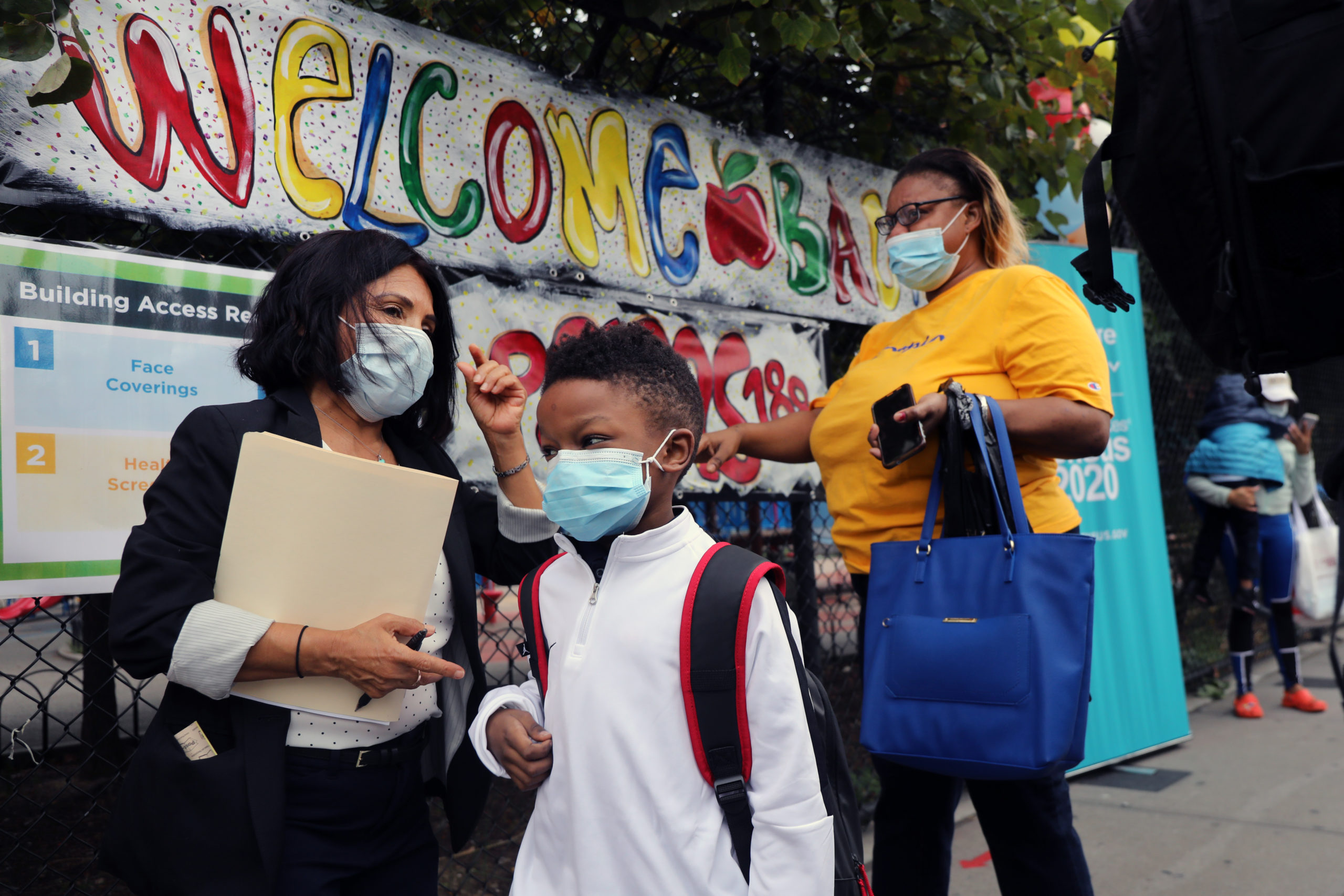 Elementary school students are welcomed back to P.S. 188 as the city’s public schools open for in-person learning on September 29, 2020 in New York City. Middle and high schoolers will start on Oct. 1 while Pre-K students and students with disabilities could return to school starting on Sept. 21.  (Photo by Spencer Platt/Getty Images)

The only public charter school in Haywood County, Shining Rock Classical Academy, saw a 32.4% increase in enrollment compared to last year and a 43.5% increase over the year before, The Mountaineer reported.