Republican Sen. John Cornyn of Texas, one of the lead negotiators in the Senate’s bipartisan talks to address mass shootings, has officially ruled out raising the age requirement to purchase guns, a source familiar with the talks told The Daily Caller News Foundation.

“Senator Cornyn has ruled it out. It’s off the table and not happening,” the source told TheDCNF.

The House passed a gun control bill on Wednesday that would raise the age from 18 to 21, but faces near-impossible odds with Cornyn’s rebuke of the idea.

Cornyn had previously said it was unlikely for Congress to take that step but acknowledged the idea was part of the negotiations. Republican Senate Minority Leader Mitch McConnell encouraged Cornyn to speak with Democratic colleagues like Sen. Chris Murphy of Connecticut and Sen. Kyrsten Sinema of Arizona in an attempt to work out a compromise.

The bipartisan talks, which have reportedly made members of Congress cautiously optimistic about a deal, were sparked by the mass shooting in Uvalde that killed 19 children and two teachers. Cornyn is the top Republican negotiation in the talks, alongside Sen. Thom Tillis of North Carolina. (RELATED: At Least 19 Students, Two Teachers Dead After Shooting At Texas Elementary School) 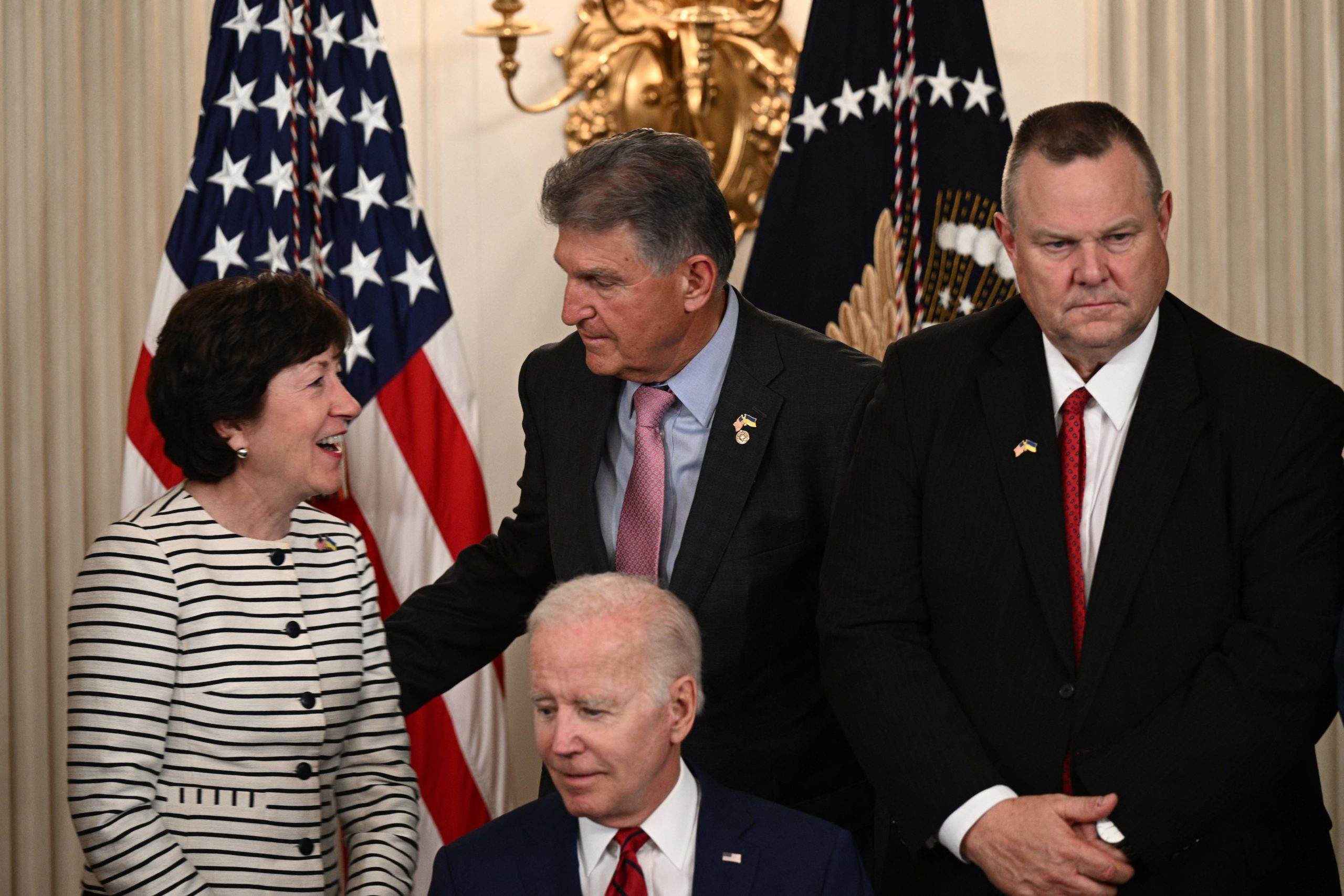 (L-R) US Senator Susan Collins (R-ME), US Senator Joe Manchin (D-WV), and US Senator Jon Tester (D-MT) stand behind US President Joe Biden during a signing ceremony in the State Dining Room of the White House in Washington, DC, on June 7, 2022. (Photo by BRENDAN SMIALOWSKI/AFP via Getty Images)

On the Senate floor Monday, Cornyn listed a number of reforms he stated would not be part of the talks.

“I want to be clear, though: we are not talking about restricting the rights of current law-abiding gun owners or citizens,” he said. “We’re not talking about banning a category of weapons across the board, a ban for certain high-capacity magazines, or changing the background check system by adding additional disqualifying items.”

Democratic Sen. Joe Manchin of West Virginia, also a part of the talks, told CNN on Monday he supported raising the age to purchase guns from 18 to 21, arguing it would have prevented the Uvalde shooting. The shooter was an 18-year-old man.

President Joe Biden called on Congress to pass gun control reforms in the aftermath of the shooting, demanding a ban on “assault weapons and high capacity magazines.” He said the U.S. should raise the age limit if a ban was not something that could be agreed upon.