The Uvalde, Texas, school police chief who has been scrutinized for not doing enough to enter the classroom of Robb Elementary school while the shooter was inside, spoke out for the first time Thursday, saying he and other police officers did everything they could to stop the killer.

Pete Arredondo said he “never considered himself the scene’s incident commander,” according to the Texas Tribune, the outlet holding the first interview with the police chief since the fatal shooting. He and the other officers evacuated hundreds of students from classrooms while trying to breach the door to the classroom where the gunman was shooting children and teachers for over an hour, he reportedly said.

The Department of Justice (DOJ) announced it will investigate the police response to the shooting.

“Not a single responding officer ever hesitated, even for a moment, to put themselves at risk to save the children,” Arredondo told the Texas Tribune in an interview. “We responded to the information that we had and had to adjust to whatever we faced. Our objective was to save as many lives as we could, and the extraction of the students from the classrooms by all that were involved saved over 500 of our Uvalde students and teachers before we gained access to the shooter and eliminated the threat.”

He didn’t speak out sooner because he didn’t want to “compound the community’s grief or cast blame at others,” the Texas Tribune reported. The gunman killed 19 students and 2 teachers. 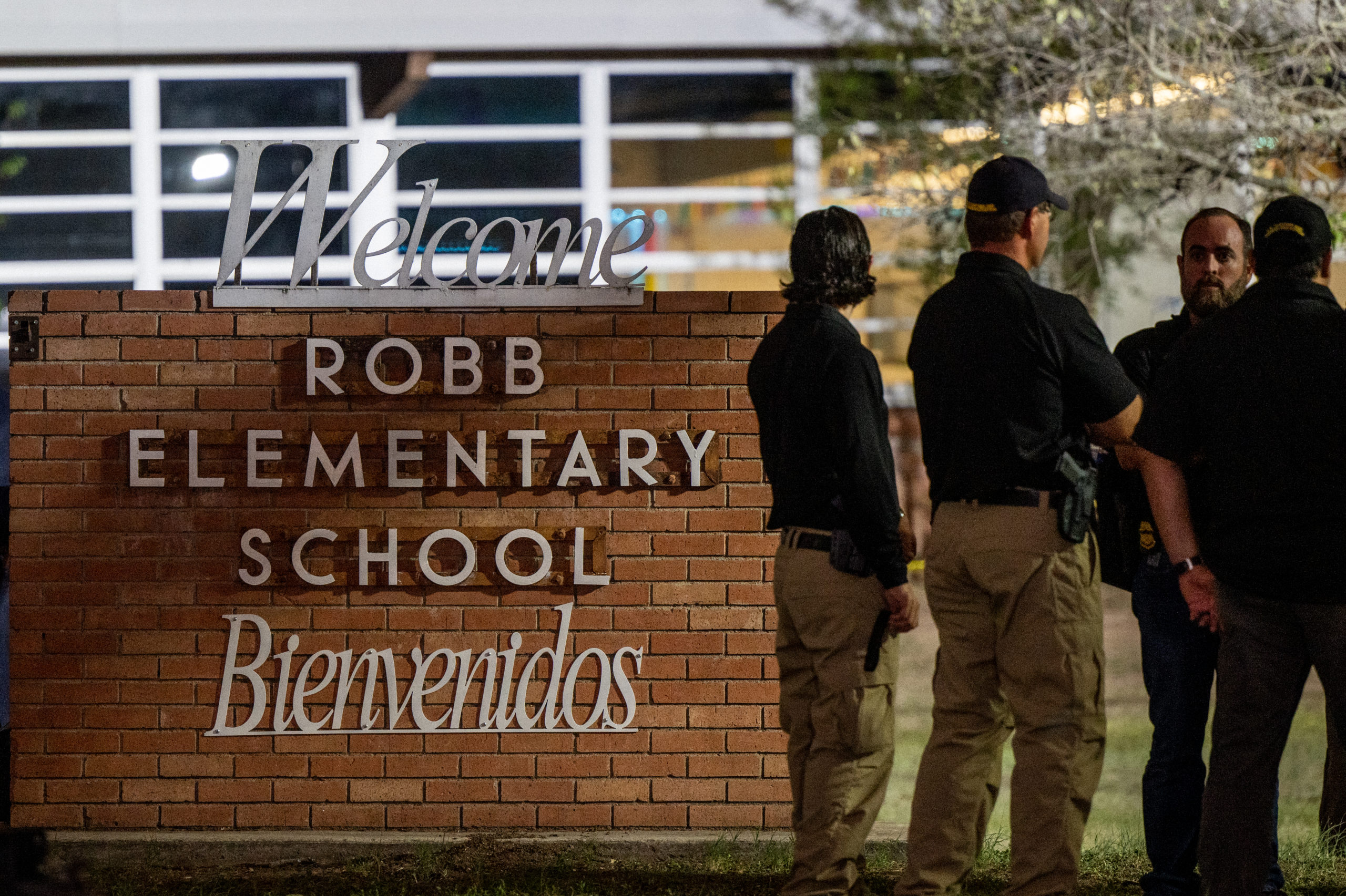 Once arriving at the school, he thought he was the first police officer on the scene and didn’t want to waste any time, he reportedly said. He left behind his radios behind because he thought carrying them would slow him down, according to the outlet. He couldn’t be in communication with the other officers because of this decision. (RELATED: How Do You Explain Yourself To The Parents?’: Reporter Confronts Uvalde Police Chief Over Law Enforcement’s Delayed Action)

He reportedly entered the school and tried looking for the shooter in classrooms, before identifying that he was in rooms 111 and 112, both of which were locked and reinforced to keep shooters out. The door was reinforced with a heavy steel jamb, so the officers could not kick in the door, he reportedly said.

Arredondo said he was in the hallway of the school for more than an hour trying to open the door leading to the classroom with the shooter, teachers and children. He was calling for “tactical gear, a sniper and keys to get inside,” according to the outlet.

“The only thing that was important to me at this time was to save as many teachers and children as possible,” Arredondo reportedly said, noting that he wasn’t wearing body armor and thought he might die.

He was not aware that the children inside the classrooms were calling 911 because he didn’t have his radios, according to the outlet. However, he claimed he would have turned his radios off even if he had them, because the officers didn’t want to reveal their location to the shooter.

He used his cellphone to call and ask “for a SWAT team, snipers and extrication tools, like a fire hook, to open the door,” the outlet reported.

Dozens of keys were brought out to open the door but none worked. Officers were finally able to open the door to the classroom with a key 77 minutes into the incident and shot the gunman, the outlet reported.

The New York Times reported Border Patrol agents were ordered through their earpieces to not enter the classroom, which they ignored. Arredondo’s lawyer, George Hyde, said Arredondo never issued such an order, and is unsure who did.

“I didn’t issue any orders,” Arredondo reportedly said. “I called for assistance and asked for an extraction tool to open the door.”