A Republican who served in former President Donald Trump’s cabinet won the primary for Montana’s 1st Congressional District, according to projections from multiple election forecasters Thursday.

Former U.S. Interior Secretary Ryan Zinke, who served in the Trump administration between 2017 and 2019, narrowly won the nomination with 41.7% of the vote, Reuters reported. Former state lawmaker Dr. Albert Olszewski, one of four Republicans vying for the spot, received 39.8% of the vote.

The primary was held Tuesday, but a winner was not projected until Thursday.

Trump endorsed Zinke in May, adding another win to the former president’s record in contested primaries, Reuters reported. His success rate thus far has been mixed, consisting of both wins, such as the Ohio and Pennsylvania Senate primaries, and losses, such as Georgia‘s gubernatorial primary.

Zinke served in the House before taking the interior secretary post, Reuters reported. He resigned after his use of security details, chartered flights and a real estate deal drew scrutiny, but has consistently denied abusing the position. (RELATED: Here Are The 12 Pivotal Primary Races Of 2022) 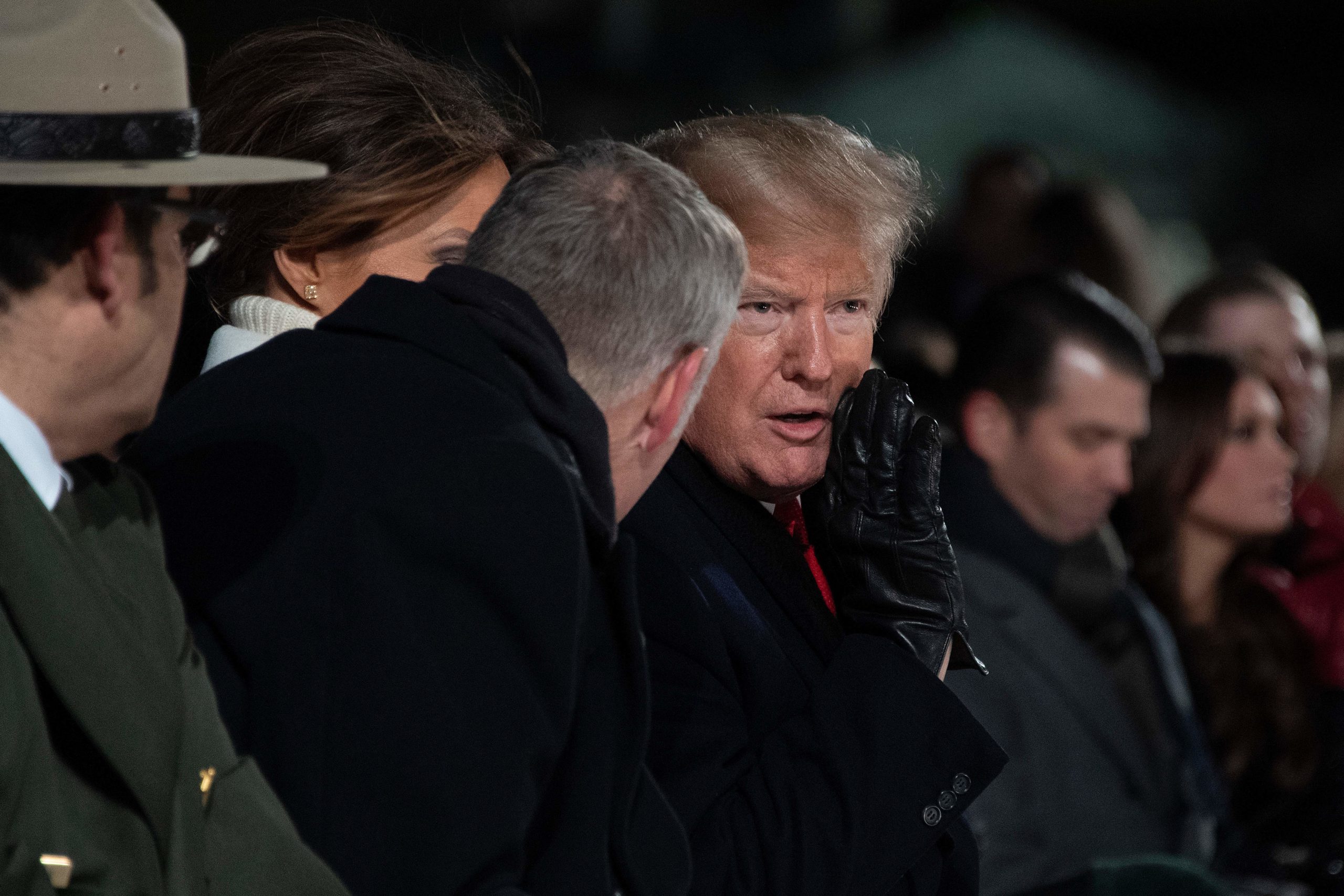 US President Donald Trump speaks to Interior Secretary Ryan Zinke as they attend the lighting of the National Christmas Tree in Washington, DC, on November 28, 2018. (Photo by JIM WATSON/AFP via Getty Images)

A report from the Interior Department’s Office of Inspector General released in February alleged Zinke violated ethics rules by negotiating a land development deal during his time in office and not disclosing it during questioning by an ethics official.

“Only in Biden’s corrupt admin is talking to my neighbor a sin,” Zinke tweeted in February. “5 years ago our family created a free and open space for people to enjoy in Whitefish. We are proud of the children’s sledding park that dozens of kids use every weekend & countless locals use for exercise every day.”

Zinke is favored in the race against Democratic nominee Monica Trane, an attorney, with a Cook Political Report rating of R+7.

Montana previously only had one congressional district but received another after the 2020 Census. Republican Rep. Matt Rosendale, who currently holds the state’s at-large district, chose to run in the new 2nd Congressional District.

Representatives for Zinke did not immediately return TheDCNF’s request for comment.