Tlaib, one of the six members of the so-called “Squad,” has repeatedly come under fire from critics since assuming office in 2019 for making remarks deemed anti-semitic by critics. In 2021, Tlaib said Israel is a “violent apartheid system” after claiming people from “Gaza to Detroit” are controlled by people “behind a curtain.”

“There’s kind of a calming feeling I always tell folks when I think of the Holocaust, and the tragedy of the Holocaust and the fact that it was my ancestors, Palestinians, who lost their land and some lost their lives, their livelihood, their human dignity, their existence in many ways, have been wiped out and some people’s passports,” the congresswoman said on a podcast in 2019.

Loeb calls himself a “strong supporter of Jewish and Israel causes,” and has given $125,000 in 2022 to Democratic Majority for Israel (DMFI), a left-leaning pro-Israel advocacy group. He’s also given $5,000 to the American Israel Public Affairs Committee, a pro-Israel lobbying group, according to records. The billionaire has contributed generously to both Democratic and Republican causes. 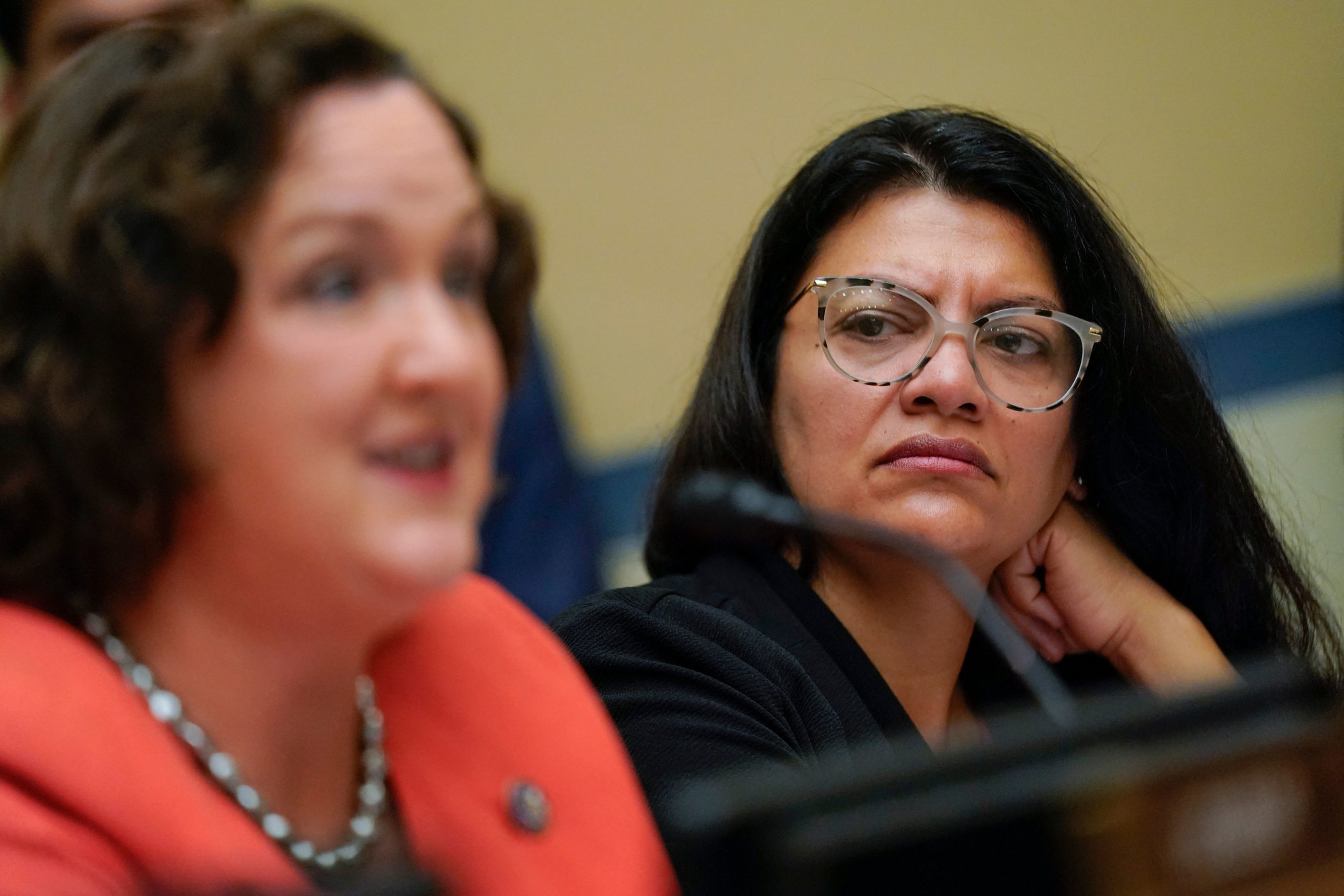 There has been a groundswell of Democrats pushing back against the party’s more left-wing members and candidates.

Robert Cahaly, the chief pollster at the Trafalgar Group, told TheDCNF that the apparent infighting among Democratic donors in primaries, like that in the case of Tlaib’s, “makes total sense.”

“The leadership and the more mainstream Democratic Party has realized these extreme elements are moving their party to places they don’t want to go,” said Cahaly.

Since May, one liberal dark-money group called Opportunity for All Action Fund has spent over half a million dollars to support Democratic incumbents facing off in primary season against candidates with more fringe views, according to OpenSecrets. One of these incumbents is Nevada Rep. Dina Titus, challenged by Amy Vilela, the former Nevada co-chair for Bernie Sanders’ 2020 presidential campaign who the Independent Vermont senator also endorsed.

Similarly, DMFI’s PAC spent roughly $2 million to support now-Democratic Ohio Rep. Shontel Brown in her primary race against Nina Turner, who Sanders also threw his hat behind, according to FEC records. The political arm of DMFI endorsed 15 House candidates in January who the group says are “committed to strengthening the U.S.-Israel relationship” and rejecting the Boycott, Divestment and Sanctions (BDS) movement that refers to Israel as an “apartheid” state, JewishInsider reported.

Third Point did not respond to TheDCNF’s request for comment, nor did Tlaib’s campaign.