House members on the committee probing the Jan. 6 Capitol riot have not informed The Daily Caller News Foundation after multiple inquiries whether they will separately hold televised hearings on the nationwide unrest that occurred after George Floyd’s murder.

The committee composed of Democratic and Republican members held a prime-time hearing Thursday featuring new footage and interviews related to the Capitol riot that occurred on Jan. 6, 2021, and is set to hold another on Monday. The committee has subpoenaed over 100 people, including many former Trump administration officials, and claimed Sunday it has enough evidence to indict former President Donald Trump.

Given committee members have referred to the riot as an “insurrection” and an act of “domestic terrorism” or “extremism,” TheDCNF contacted the offices of each to understand if they intend to probe the 2020 riots at a later date. Rioters set fire to a federal courthouse in Portland on July 28 and a police station in Minneapolis was burned down in May.

Offices for Democratic Reps. Bennie Thompson of Mississippi, Zoe Lofgren of California, Elaine Luria of Virginia, Adam Schiff of California, Pete Aguilar of California and Stephanie Murphy of Florida did not respond, nor did Republican Illinois Rep. Adam Kinzinger’s office.

“I haven’t been able to talk to the congressman about this yet,” a spokesman for Democratic Maryland Rep. Jamie Raskin told TheDCNF. “I’ll let you know if I’m able to discuss with him.”

A spokesman for Republican Wyoming Rep. Liz Cheney, the committee’s vice chair, pointed TheDCNF to a statement made by the congresswoman in 2020 denouncing the nationwide unrest after Floyd’s death. The spokesman did not respond to a follow-up question as to whether Cheney will launch hearings and a special committee on it.

Violence in 20 states across the U.S. between May 26, the day after Floyd was murdered, and June 8, 2020 caused roughly $2 billion of property damages, making it the costliest vandalism and looting in insurance history, according to an estimate that year first reported by Axios. Violence took place in many cities after June 8. 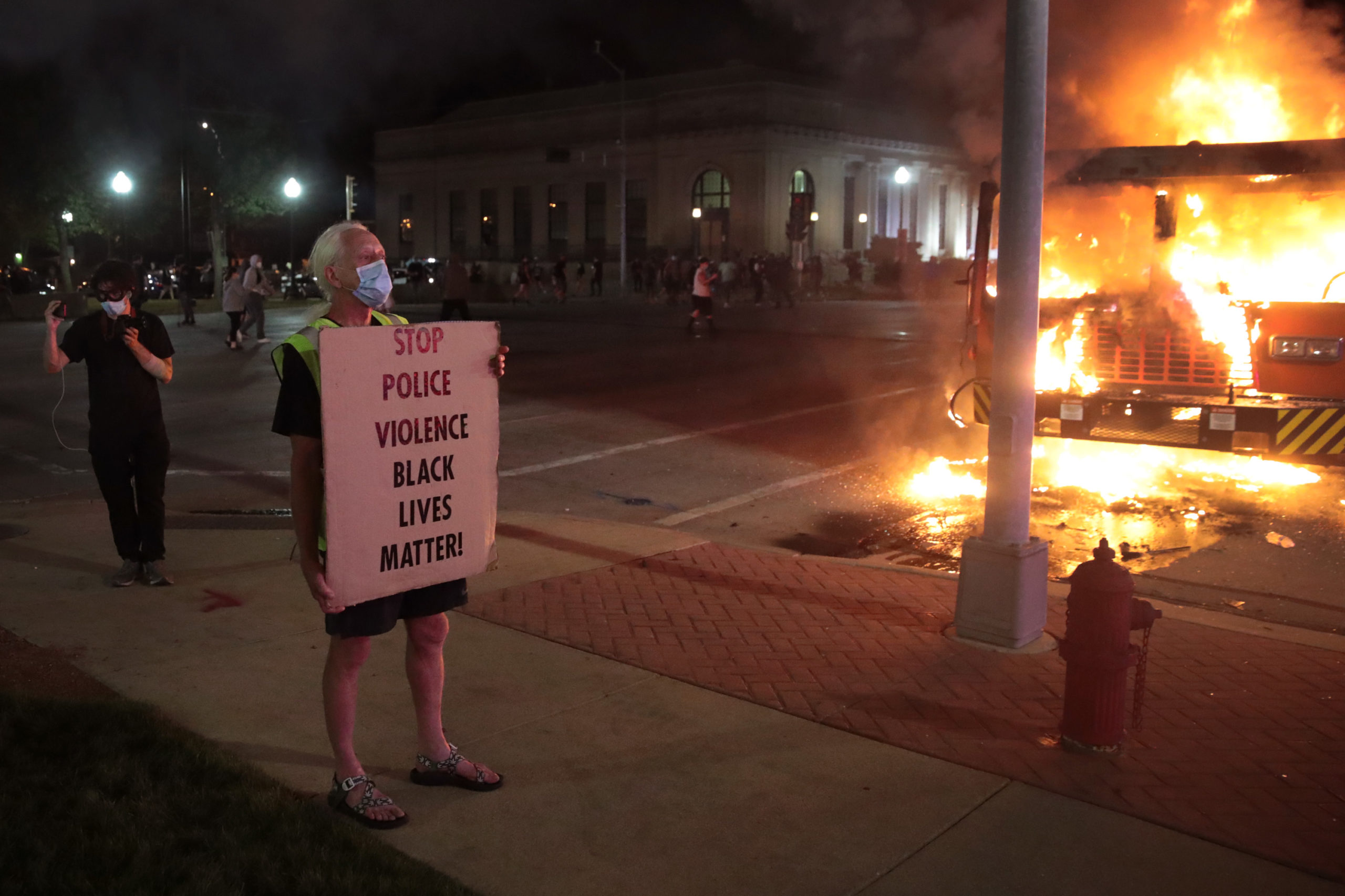 KENOSHA, WISCONSIN – AUGUST 24: Fires burn around downtown during a second night of rioting on August 24, 2020, in Kenosha, Wisconsin. Rioting, as well as clashes between police and protesters, began Sunday night after a police officer shot Jacob Blake 7 times in the back in front of his three children. (Photo by Scott Olson/Getty Images)

The Jan 6. committee’s spokesman did not respond to a request for comment, nor did its senior counsel.

The offices of Minority Leader Kevin McCarthy and Minority Whip Steve Scalise, the two top-ranking House Republicans, told TheDCNF the members think those on the committee should also be concerned with looking into the 2020 unrest. (RELATED: EXCLUSIVE: Elise Stefanik Blasts Liz Cheney For Soliciting Donations From Former Trump Aide Her Committee Subpoenaed)

McCarthy “has long been critical of the Democrats not having a wide enough scope” in their probing of “political violence” before Jan. 6 and after, a spokesman for his office told TheDCNF. In May 2021, McCarthy criticized the Jan. 6 commission that stalled in the Senate for not showing interest in investigating “interrelated forms of political violence in America.”

Republicans, like Texas Sen. Ted Cruz, have continued to voice opposition to the committee as it publicizes its investigative findings.

Cruz told TheDCNF that its members are “not seeking the truth” and “engaged in politics” to distract from left-wing policies that “have been a miserable, miserable failure.”

“We’re seeing crime rates rising across the country, we’ve got utter chaos on the southern border because this administration won’t secure the border,” he added. “And the American people are understandably unhappy with those results.”