The president complained to senior staff that issuing an emergency waiver to allow the sale of gasoline with higher ethanol through the summer months would be ineffective, two people familiar with the private White House discussion who requested anonymity told WaPo on Monday. Biden also questioned whether his trip to Menlo, Iowa, promoting the policy was necessary despite promising it would lower prices.

“With this waiver, on June 1, you’re not going to show up at your local gas station and see a bag over the pump that has the cheapest gas. You’re going to be able to keep filling up with E15,” Biden remarked during an event at a Menlo bioprocessing facility on April 12. “And it’s going to solve a whole problem.”  (RELATED: White House Doubles Down On ‘Green’ Transition As Inflation Hits 40-Year High)

Before the Iowa trip, Biden expressed concern that the White House was exaggerating the ethanol waiver’s impact on soaring gasoline prices, WaPo reported. Agriculture Secretary Tom Vilsack and other senior administration officials pushed Biden to move forward with the trip, though, saying it would at least help the Midwest. 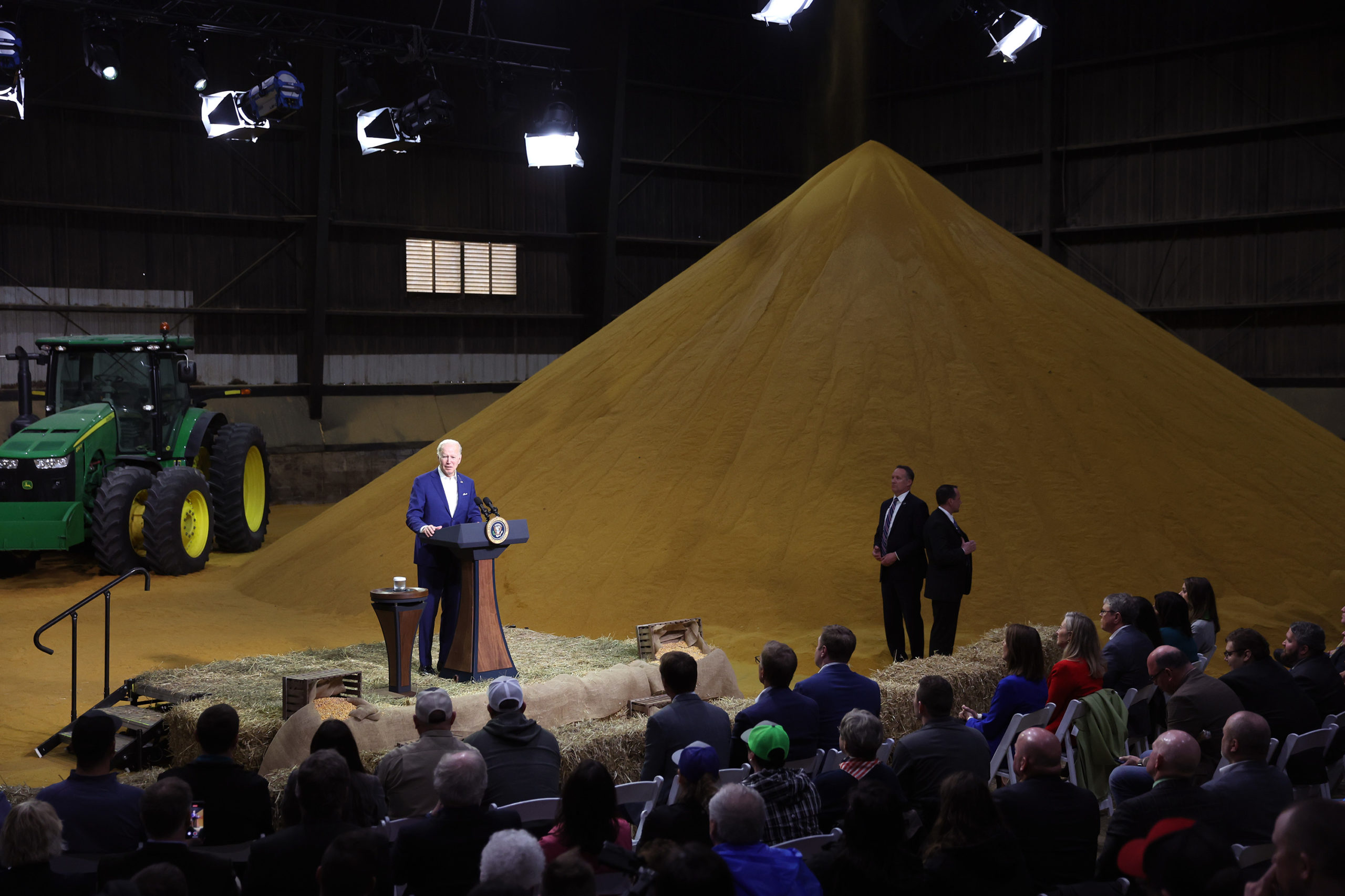 But pump prices in the Midwest have surged nearly 24%, from $3.89 to $4.82 per gallon since April 11, the day before Biden’s ethanol announcement, federal data showed. The average price of gasoline nationwide hit an all-time record of $5.01 a gallon on Monday, according to AAA data.

Experts and fossil fuel industry groups also criticized the ethanol gambit as an ineffective approach to record gas prices facing consumers. The policy only affects 1.5% of U.S. gas stations and the White House said it would save Americans with access to those stations just 10 cents per gallon.

In addition, food industry groups said the action would place upward pressure on grocery prices which have, like energy costs, surged over the last 12 months.

“Further and artificial demand for corn created by this administration will likely increase the cost of corn and all food products dependent on corn and corn oil inputs,” Mike Brown, president of industry group the National Chicken Council, told The Daily Caller News Foundation at the time. “What it does at the gas pump we shall see … but at what expense to consumers in the grocery store who are already dealing with the highest inflation in 40 years.”

“At the end of the day – ethanol manufacturers win and consumers lose,” Brown continued.

The White House did not immediately respond to TheDCNF’s request for comment.