President Joe Biden urged Congress to pass a bipartisan gun control proposal Sunday, but noted that it doesn’t include everything he believes the country needs.

The proposal, announced earlier Sunday, has the support of 10 Republicans in the Senate – none of whom are running for re-election this year, Axios noted. The agreement includes  “mental health resources, improves school safety and support for students, and helps ensure dangerous criminals and those who are adjudicated as mentally ill can’t purchase weapons,” the bipartisan group of senators responsible for the proposal said, according to CNN.

“Obviously, it does not do everything that I think is needed, but it reflects important steps in the right direction, and would be the most significant gun safety legislation to pass Congress in decades,” Biden said in a statement following the announcement.

The president also noted the proposal’s bipartisan support and said “there are no excuses for delay, and no reason why it should not quickly move through the Senate and the House.” He promised to sign it should a bill reach his desk. (RELATED: The US Govt’s Track Record Of Enforcing Gun Laws Is Actually Horrendous) 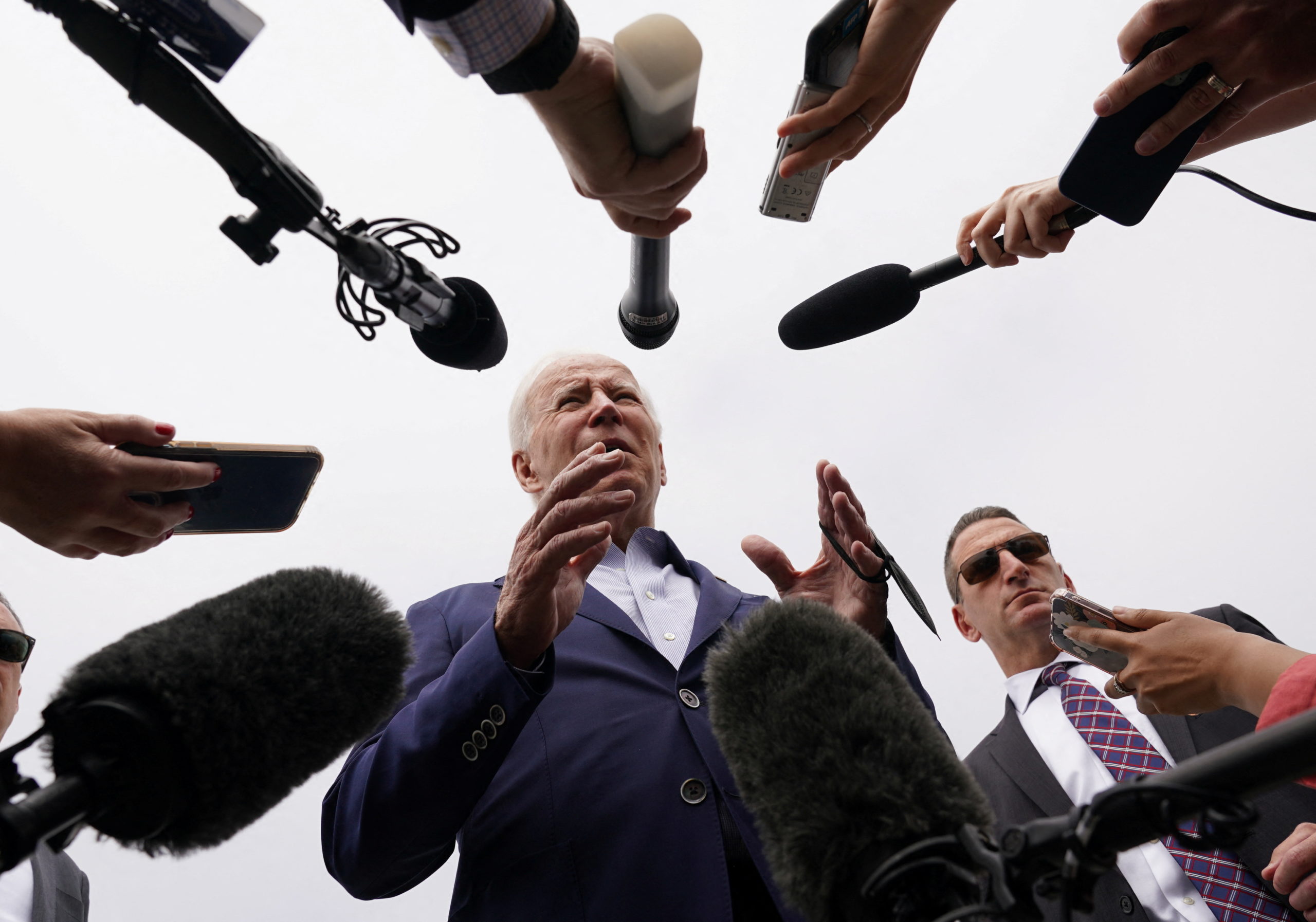 U.S. President Joe Biden speaks to reporters before boarding Air Force One upon departure after attending the Summit of the Americas in Los Angeles, California, U.S., June 11, 2022. REUTERS/Kevin Lamarque

“Each day that passes, more children are killed in this country: the sooner it comes to my desk, the sooner I can sign it, and the sooner we can use these measures to save lives,” the president said.

The proposal also includes a “red flag provision” and a new process for reviewing people under 21 who want to purchase a gun, CNN reported. The school security aspect of the proposal is one that Republicans have been focused on in recent weeks, after multiple mass shootings prompted a renewed focus on gun control.

The push for gun control follows a mass shooter who killed 19 children and two teachers in Uvalde, Texas, in May. Weeks prior, a mass shooter also killed 10 people at a supermarket in Buffalo, New York. A hospital in Oklahoma also recently experienced a mass shooting.

Nine Democrats are part of the bipartisan group, along with one independent and the ten Republicans, according to CNN.

Biden has pushed for a ban on “assault weapons and high capacity magazines.” If so-called assault weapons can’t be banned, the president said in early June that the age to purchase them should be raised from 18 to 21. Biden also wants expanded background checks, “safe storage laws,” “national red flag laws” and a focus on America’s “mental health crisis.”