The Daily Caller contacted all 50 Senate Democrats repeatedly and asked if they would support President Joe Biden in his 2024 presidential bid. Five Senators said “Yes.”

A spokesperson for Senate Majority Leader and Democratic New York Sen. Chuck Schumer responded to the Daily Caller with a one-word answer: “Yes.”

Spokespeople for Democratic Sens. Tim Kaine of Virginia and Jack Reed of Rhode Island responded in the same way: “Yes.” 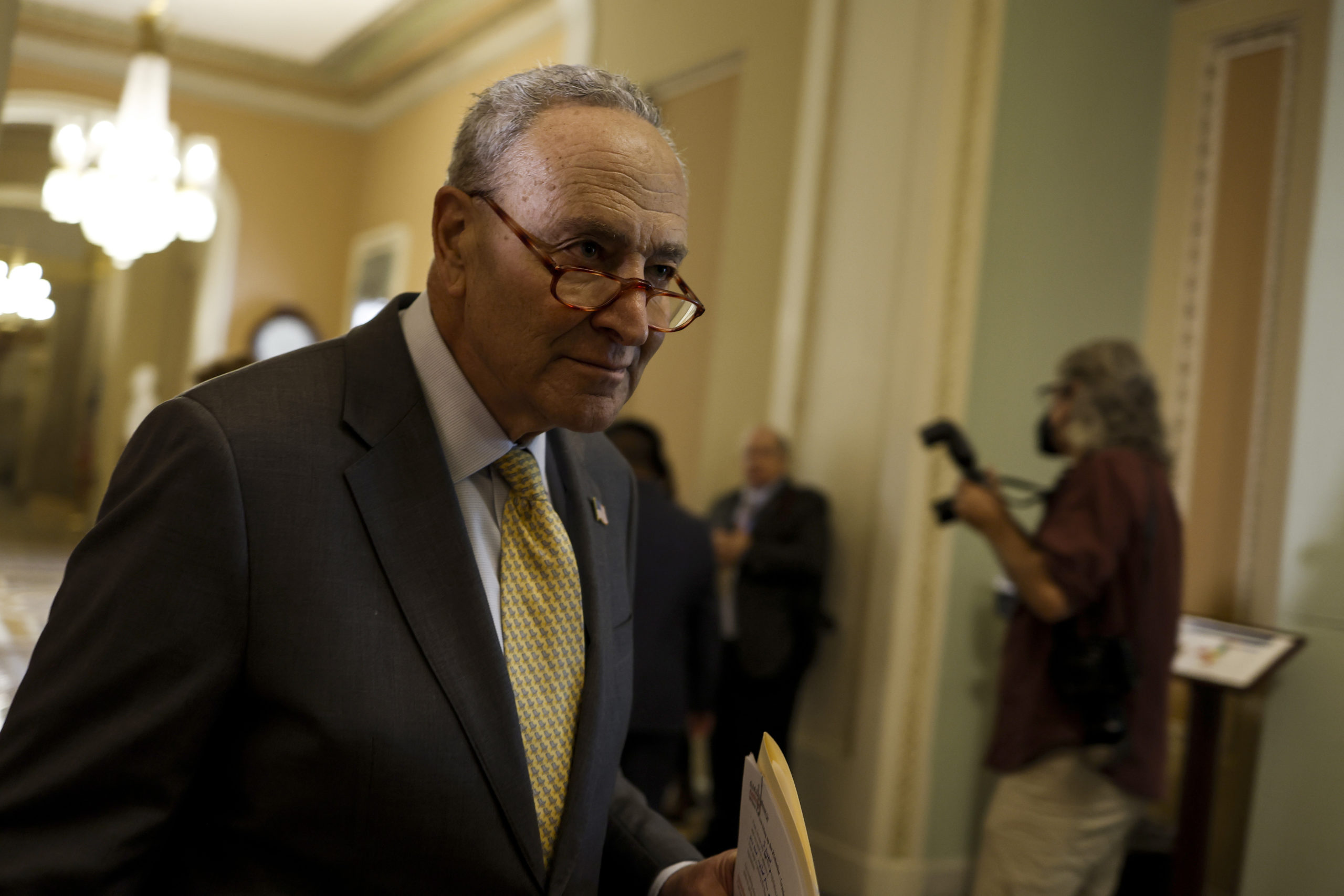 WASHINGTON, DC – JUNE 14: Senate Majority Leader Chuck Schumer (D-NY) walks to the Senate floor after a news conference following a policy luncheon with Senate Democrats in the U.S. Capitol Building on June 14, 2022 in Washington, DC. During the news conference Schumer gave an update on the negotiations for the framework of the bipartisan gun reform legislation. (Photo by Anna Moneymaker/Getty Images)

Several members of the Democratic Party have recently cast doubt on Biden’s support for his presidential run in 2024 amid his desperate polling numbers.

This week, Democratic New York Rep. Alexandria Ocasio-Cortez refused to answer if she will endorse Biden, saying “we’ll take a look at it” when the time comes. Democratic officials and voters also cited the poor state of the country and Biden’s age as reasons they are hesitant to be fully behind Biden now in an article from The New York Times. (RELATED: A Slew Of Democrats Are Quietly Hoping Biden Won’t Run In 2024)

“It’s my understanding that the president intends to seek a second term, and I understand why,” Coons said in a Monday interview, adding that Biden’s “leadership on the world stage has been impressive.”

To be clear, as the President has said repeatedly, he plans to run in 2024.

Coons cited Biden’s performance in foreign policy, the $1 trillion infrastructure bill, Biden’s vow to tackle health care costs and his “clear plans” on how to handle inflation as reasons for why Biden deserves support.

“I can understand why he might think running for reelection is a good idea,” Coons concluded in the interview.

Coons’ spokesperson then confirmed to the Daily Caller that the senator would endorse Biden in 2024.

“Yes, If President Biden runs, he’ll support him,” he said.

The 45 other Democratic Senators did not respond to several inquiries form the Daily Caller if they would endorse Biden in 2024.

The Daily Caller also contacted the White House about the number of Senate Democrats who said they would endorse Biden in 2024, to which they did not immediately respond.