President Joe Biden’s approval dropped yet again as it nears record lows, according to a new Reuters/Ipsos poll released Tuesday.

Among his own party, his approval rating has also slipped, with 74% of Democrats approving his performance. That represents an 11% drop from an August 2021 poll, according to Reuters.

Just 11% of Republicans approved of Biden’s job, according to the poll.

The poll was conducted online amongst 1,005 adults, including 443 Democrats and 364 Republicans. There was a +/- 4 percentage points margin of error. 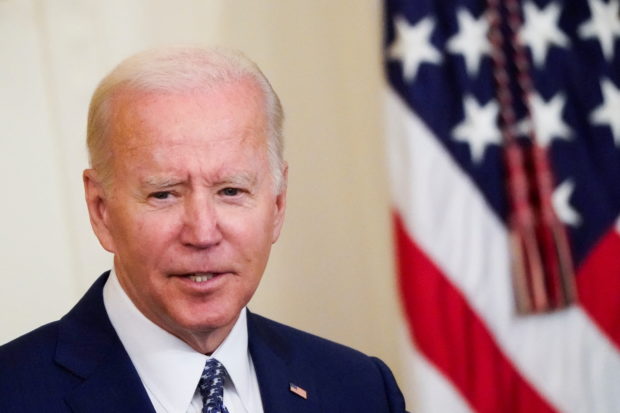 FILE PHOTO: U.S. President Joe Biden speaks at the signage ceremony of the H.R. 3525, the “Commission To Study the Potential Creation of a National Museum of Asian Pacific American History and Culture Act” at the White House in Washington, U.S., June 13, 2022. REUTERS/Elizabeth Frantz

Biden has faced a series of bad polls over the past few months as inflation skyrockets and the economy worsens. (RELATED: Ron Klain Tweets Raft Of Bad Poll Reviews For Biden And Says It’s Not Good News)

Black voters, a key demographic for the Democratic Party, also have a less favorable outlook on the president, a Washington Post/Ipsos poll recently found. The poll found only 23% “strongly approve” of the way Biden is handling his job while 70% “approve.” More so, just 60% of black voters think Biden is keeping most of his campaign promises.

In a May AP-NORC poll, 2 in 10 adults said they believe America is headed in the right direction.

The Daily Caller contacted all 50 Senate Democrats repeatedly and asked whether they would support Biden if he runs for reelection in 2024. Just five senators responded and said “yes.”