“I am immensely grateful for the service of Dana Remus, who has been an invaluable member of my senior staff for the past 3 years and helped reinstate a culture of adherence to the rule of law. I wish her the best as she moves forward,” Biden said in a White House statement.

Stuart Delery, who currently is deputy counsel, will replace Remus when she departs, Biden said. 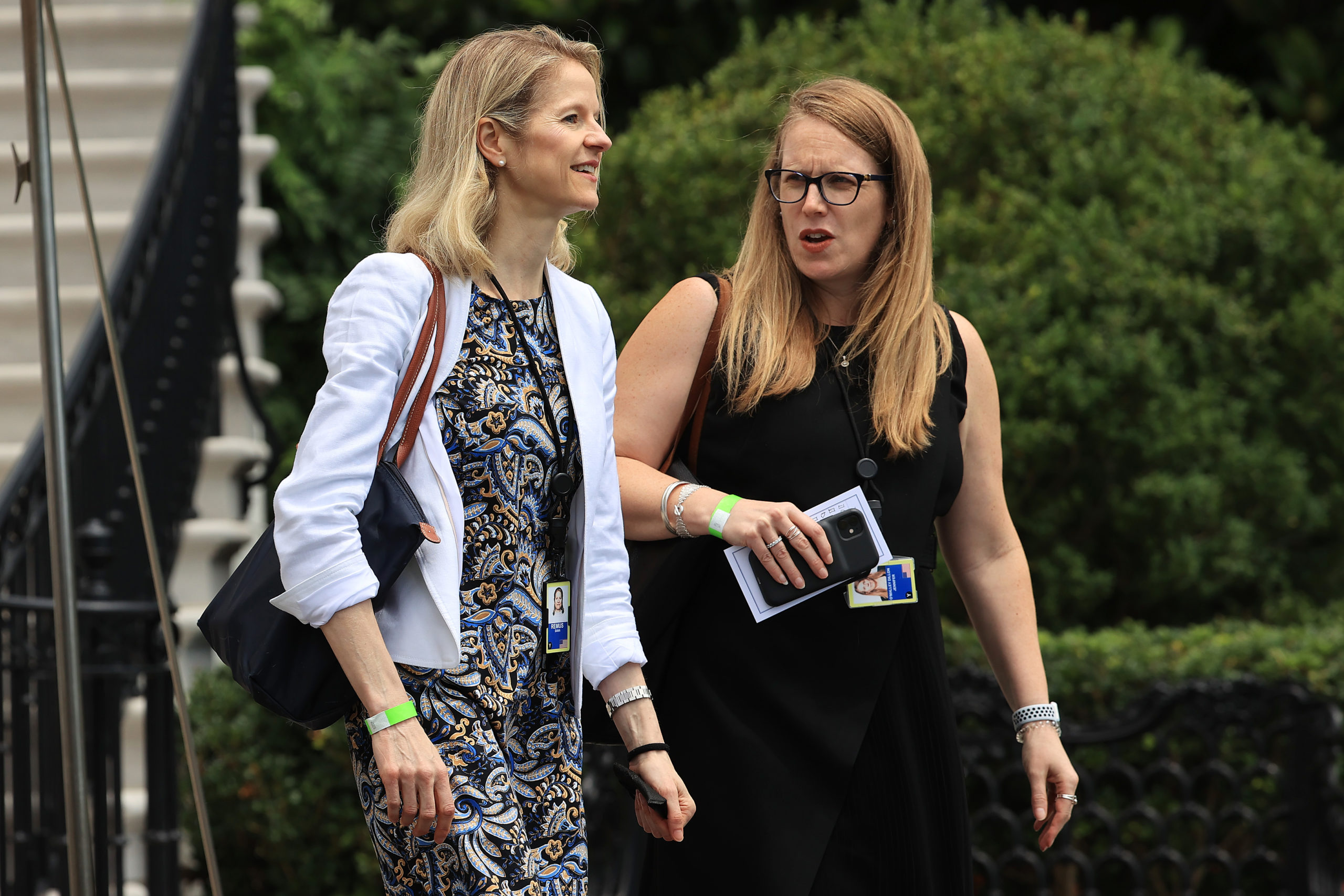 WASHINGTON, DC – JULY 13: White House Counsel Dana Remus (L) and Deputy Chief of Staff Jennifer O’Malley Dillon depart the White House on July 13, 2021 in Washington, DC. Remus and Dillion are accompanying U.S. President Joe Biden as he travels to Philadelphia where he will deliver a speech about protecting the right to vote at the National Constitution Center. (Photo by Chip Somodevilla/Getty Images)

Former President Donald Trump claimed executive privilege during the Jan. 6 investigation. His lawyers made moves to block documents from being turned over to the committee, but the request was blocked by the Biden White House.

“President [Joe] Biden has determined that an assertion of executive privilege is not in the best interests of the United States, and therefore is not justified as to any of the documents,” Remus wrote at the time.

“The constitutional protections of executive privilege should not be used to shield, from Congress or the public, information that reflects a clear and apparent effort to subvert the Constitution itself,” Remus added.