Amid an ongoing energy crisis nationwide, two environmental law groups are suing the Biden administration to block over 3,500 oil and gas leases that were previously greenlit in Wyoming and New Mexico.

Represented by the Western Environmental Law Center, the Center for Biological Diversity and WildEarth Guardians are suing the Department of the Interior (DOI) and its Secretary Deb Haaland, as well as the Bureau of Land Management (BLM) and its Director Tracy Stone-Manning. The government is violating the Endangered Species Act and others, the groups alleged Wednesday.

“Climate change is driven primarily by the burning of fossil fuels for energy and transportation activities,” the lawsuit states. “In the United States, almost one-quarter of all annual emissions are from fossil fuel resources extracted from public lands. The drilling of these oil and gas wells will likely emit 490-600 million metric tons of carbon dioxide equivalent greenhouse gas pollution over the course of their lifespans, equivalent to the annual emissions of between 131-161 coal-fired power plants.”

The Biden administration said in April it would resume leases after President Joe Biden issued an executive order for the DOI to “pause” new oil and gas leases, and “review” the program to reduce “greenhouse gas emissions.” His administration argued Monday that a Louisiana district court should toss a motion by over a dozen states demanding a permanent nixing of the ban after the court placed an injunction on it in June — which greenlit leases. (RELATED: Biden Is Still Trying To Ban Federal Oil, Gas Leasing)

The BLM, which manages permits, violated the policy and management act by not accounting for how the climate would be impacted by the permits, the environmental groups allege. Its officials did not take steps to prevent “unnecessary and undue degradation of public lands,” the suit says.

The lawsuit was filed in the U.S. District Court for the District of Columbia. The DOI declined a Daily Caller News Foundation request for comment, as did BLM. 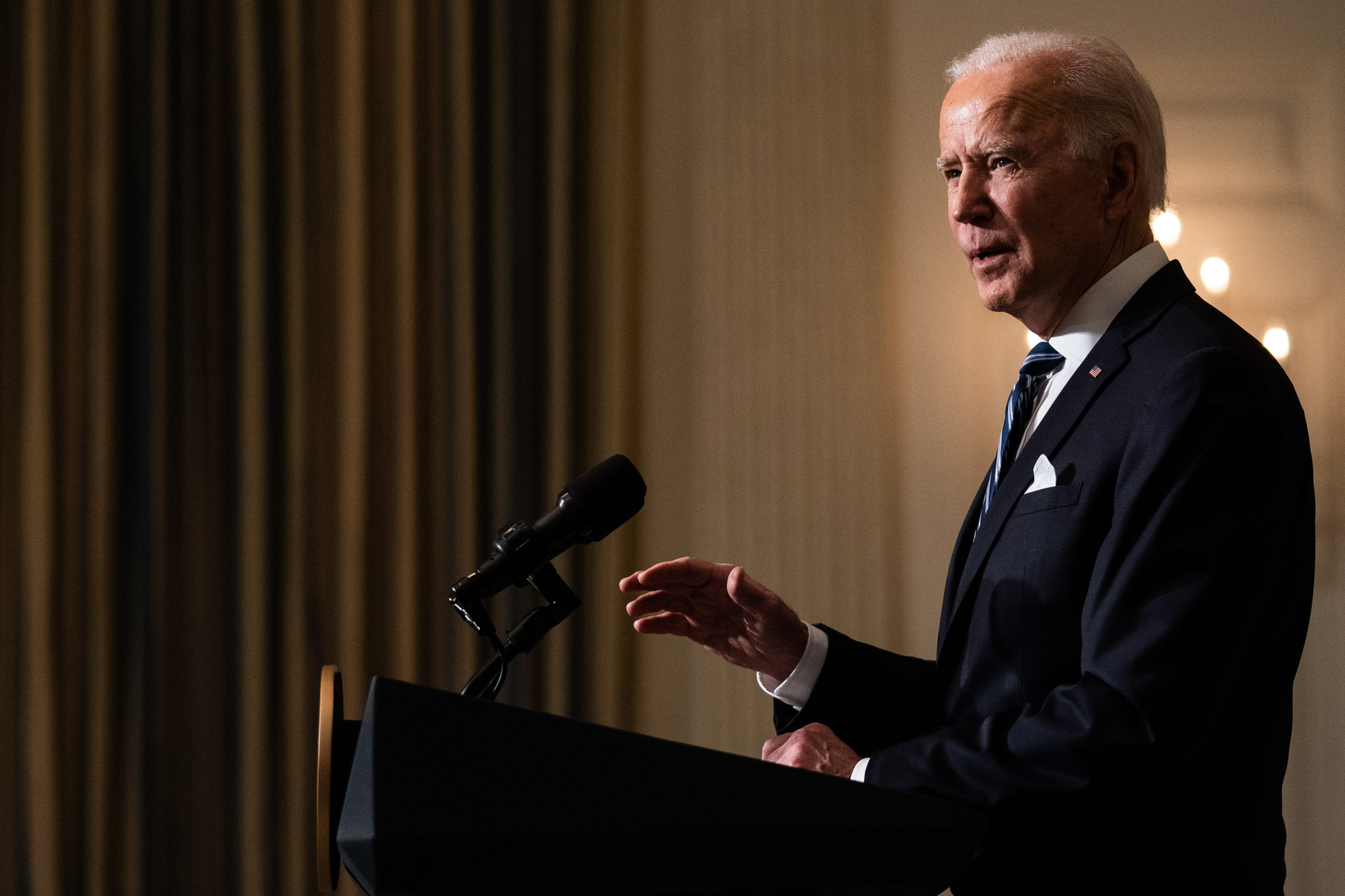 The lawsuit also comes as the national average for gas prices has reached over $5 per gallon, AAA reported Thursday, while inflation spiked 8.6% in May compared to last year — the highest since 1981.

Director Myron Ebell of the Center for Energy & Environment at the Competitive Enterprise Institute, a conservative think tank, told The DCNF that “environmental pressure groups” are “happy to see gas prices soar.”

“The Biden administration shares the same goal and so has worked assiduously to curtail oil and natural gas production on federal lands and offshore areas,” said Ebell.

Still, a spokesman for the law firm that filed the suit claimed to TheDCNF that its legal challenge against the Biden administration “will take about a year to work its way through the courts” and “will not affect gas prices.”

The Center for Biological Diversity did not respond to a request for comment.

“The price of gas has everything to do with corporate greed,” John Horning, executive director of WildEarth Guardians, told TheDCNF. “Big Oil’s latest profit statements prove this. They’re rolling in the cash and laughing all the way to the bank while people suffer—both at the pump and from the climate crisis. Moments like these are opportunities to drive systemic change.

WildEarth Guardians joined other groups between 2016, 2020 and 2021, in suing the DOI in connection with leases that included Wyoming and New Mexico, the Wyoming Tribune Eagle reported. A federal judge approved several settlements in June that let the Biden administration evaluate Wyoming’s oil and gas leases between 2015 and 2020, the outlet also reported.