The state, which conducted the primary largely by mail-in ballots, has counted 132,730 votes since the special primary was held Saturday, the AP reported. Palin led with 28.3%, followed by Begich with 19.3%, Gross with 12.8%, Democrat Mary Peltola with 8.7% and Republican Tara Sweeney with 5.5%. 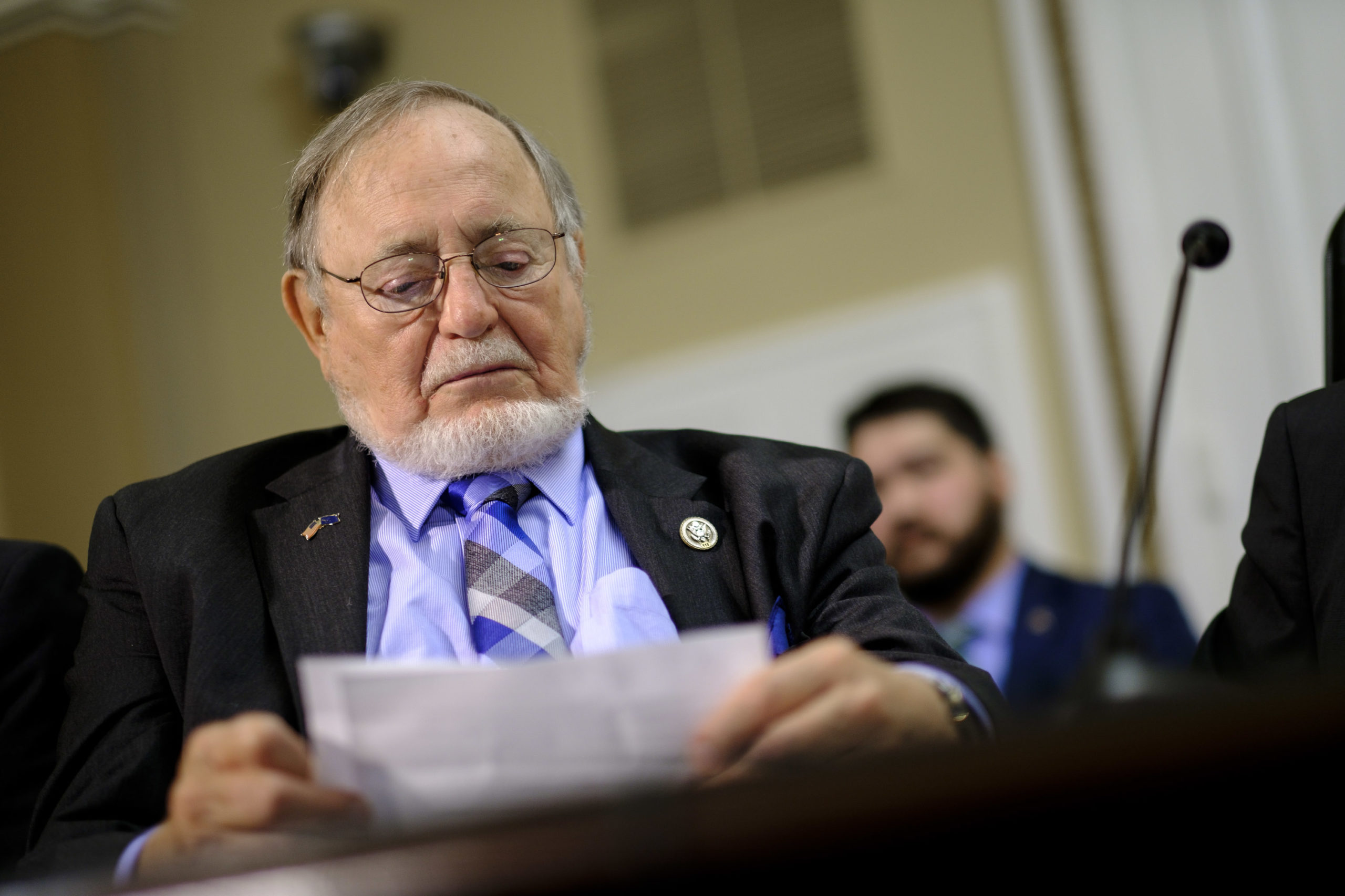 Rep. Don Young (R-AK) reads over an amendment he plans to offer to the National Defense Authorization Act for approval so they can be debated on the floor of the House on July 12, 2017 in Washington, DC. (Photo by Pete Marovich/Getty Images)

The election did away with party primaries after voters approved eliminating them in 2020, the AP reported. (RELATED: Jury Rules For New York Times In Sarah Palin Defamation Case)

Both Begich and Gross have sought to remind voters that Palin resigned as governor of the state after campaigning as the vice-presidential nominee on the 2008 Republican presidential ticket, the AP reported.

“She had a chance to stay in the fight for Alaska, but she chose to chase cheap fame,” Begich’s campaign said in a fundraising email, the AP reported.

Palin has “really not made herself available to the people of Alaska to get to know her again,” Begich told The Daily Caller News Foundation. “We’re excited about the race in front of us and looking forward to a very competitive, spirited debate about the issues over the next two months.”

Palin said since announcing her campaign that her resignation was the consequence of frivolous records requests and ethics complaints that impeded her tenure as governor, the AP reported.

“I’m so Alaskan I hit a moose the other night,” Palin said in response to the criticism, the AP reported.

Representatives for Palin and Gross did not immediately respond to TheDCNF’s request for comment.