A parent is suing their child’s school district and its individual administrators in Mountain Lakes, New Jersey, for teaching an educational curriculum that allegedly promotes “anti-racism” and discriminates against white students, according to legal documents.

The parent, listed as B.L. for privacy, is suing Mountain Lakes School District for certain parts of its curriculum  put in place since the murder of George Floyd in 2020 which allegedly teach “racial political ideology” and create a “hostile educational environment” for white students, according to the lawsuit filed on June 6. White students, and particularly one student listed as J.L. for privacy, have been allegedly discriminated against because of race, the lawsuit says. (RELATED: Over Half Of Americans Don’t Think Schools Need To Teach About The Ongoing Impact Of Slavery And Racism)

Former Mountain Lakes High School Principal Frank Sanchez allegedly sent an email and a pamphlet to parents in June 2020 which said there was “institutionalized racism” within the school district, according to legal documents. Sanchez allegedly called the pamphlet a “curriculum post” he planned to refine by adding articles for parents on how to address “the lack of equity in America.”

Sanchez also allegedly encouraged students with a “call to arms” to attend Black Lives Matter protests, the suit claimed. White students, the suit said, were allegedly being taught about their “roles in perpetuating racism” and when the plaintiff brought concerns to the school, they were allegedly ignored. 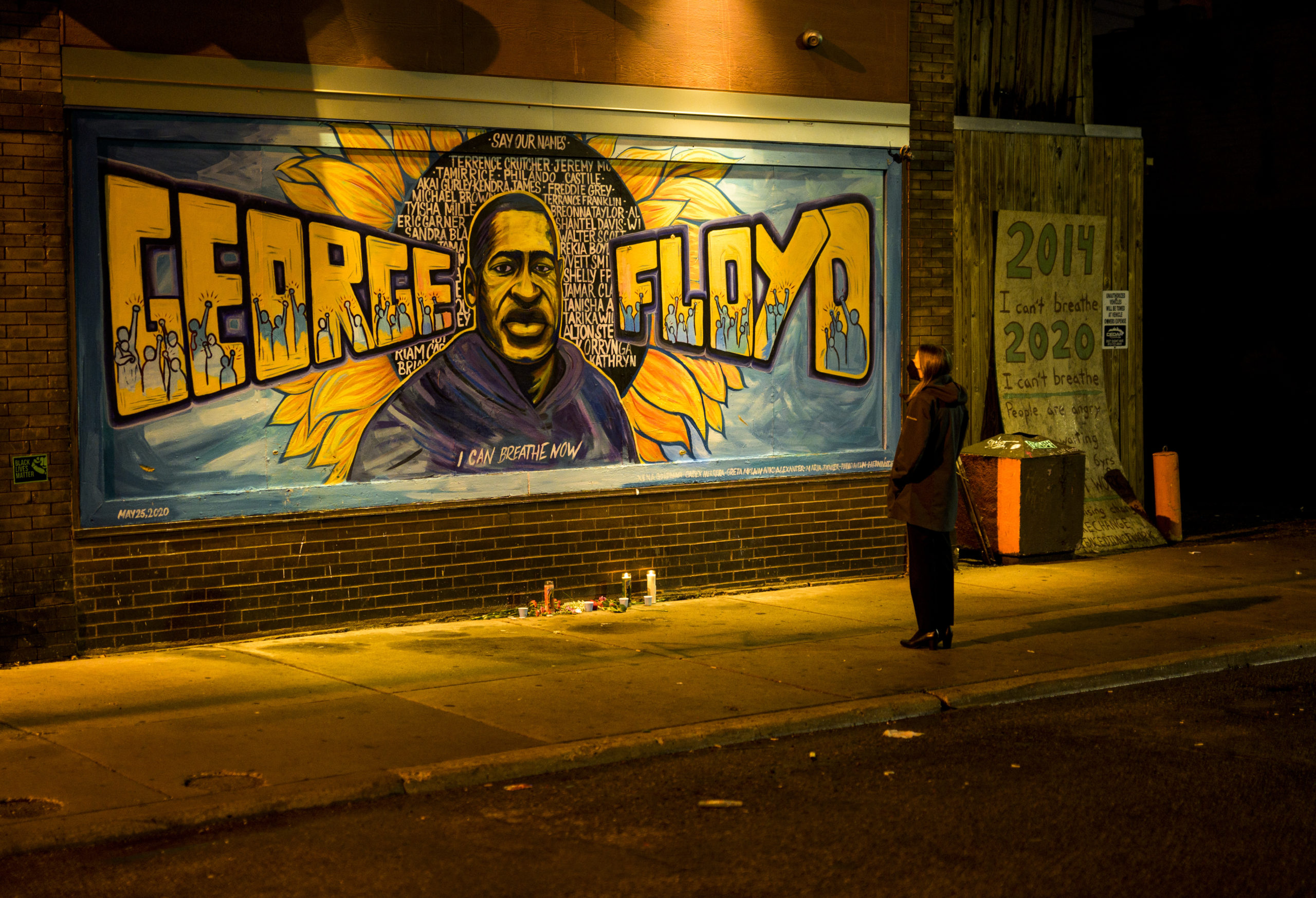 A woman looks at a mural on the wall of Cup Foods during a vigil for George Floyd on May 25, 2022 in Minneapolis, Minnesota. It has been two years since George Floyd was killed by Minneapolis Police. (Photo by Stephen Maturen/Getty Images)

“I provided my students and parents with resources for them to be able to have conversations with their children about such a traumatic event they witnessed, home alone,” Sanchez told NJ.com. “I find the complaint is not honest. It’s not something that should be taken seriously by the courts.”

Sanchez did not immediately respond to TheDCNF’s request for comment.

The suit also pushes for government funds to be withheld from the school district until it halts “discriminatory practices.” Discrimination based on race is a violation of federal law.

Ronald A. Berutti, the lawyer for the plaintiffs, did not immediately respond to TheDCNF’s request for comment, nor did Mountain Lakes School District’s superintendent Michael Featherman.