A top FBI official in Washington, D.C., may have broken the law for what one Republican senator argues are “partisan posts” criticizing former President Donald Trump and former U.S. Attorney General William Barr, according to the U.S. Department of Justice’s watchdog (DOJ).

“After carefully reviewing the information in your letter, we determined that some of the allegations and conduct you described in your letter implicate potential violations of the Hatch Act, which limits certain political activities of federal employees,” said Horowitz in his letter to Grassley. “The U.S. Office of Special Counsel (OSC) is responsible for investigating and prosecuting alleged violations of the Hatch Act.”

“As a result, we have referred the relevant allegations to OSC to review and respond as it deems appropriate,” Horowitz also said. (RELATED: Ex-FBI Official Who Oversaw Clinton And Trump Probes Had Unauthorized ‘Media Contacts,’ DOJ Says)

An FBI spokesperson told The Daily Caller News Foundation that “any allegations of misconduct are taken seriously and referred to the Inspection division” and that “all FBI employees are held to the highest standards of professional and ethical conduct.” 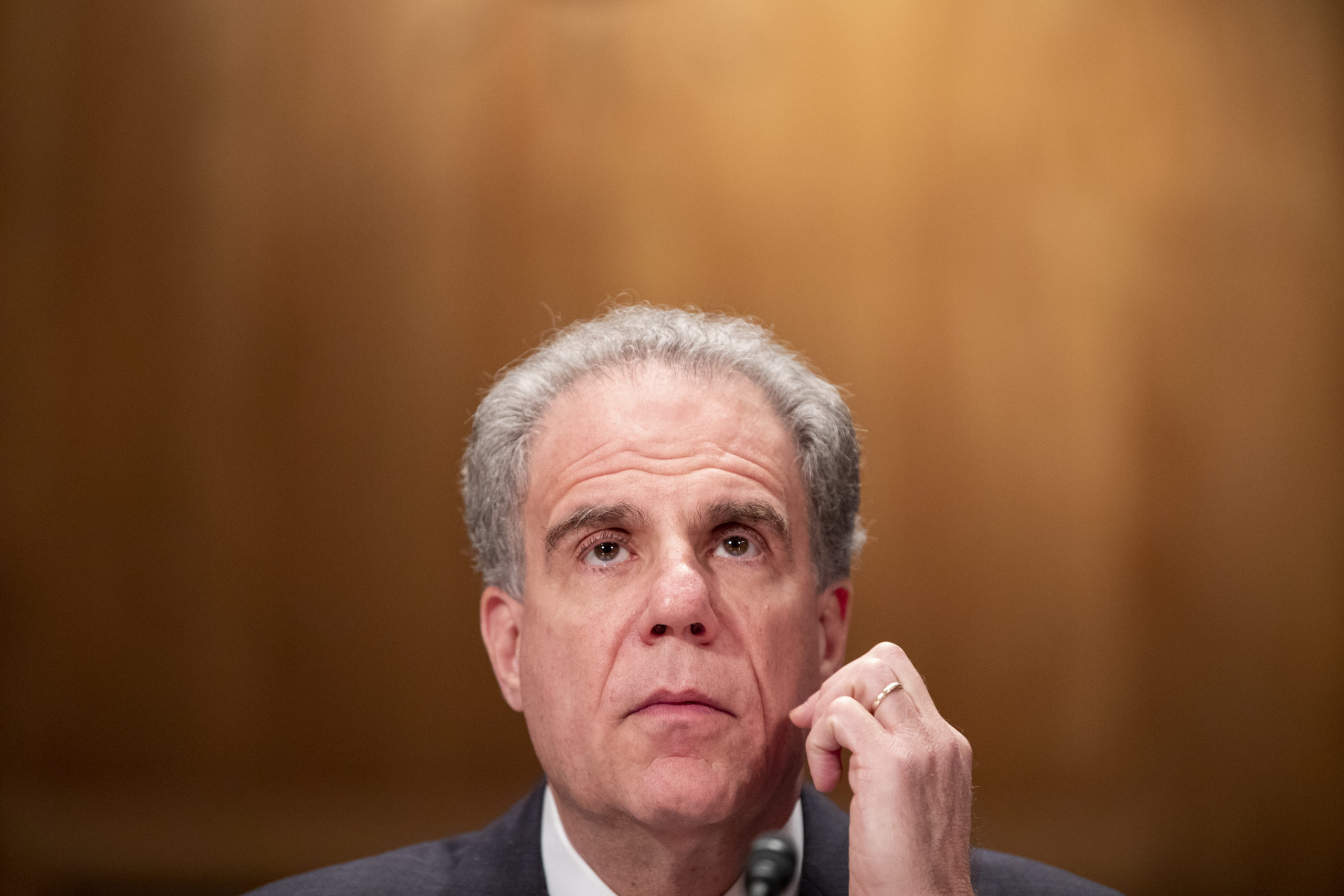 WASHINGTON, DC – DECEMBER 18: Department of Justice Inspector General Michael Horowitz testifies before the Senate Committee On Homeland Security And Governmental Affairs during a hearing at the US Capitol on December 18, 2019 in Washington, DC. Last week the Inspector General released a report on the origins of the FBI’s investigation into the Trump campaign’s possible ties with Russia during the 2016 Presidential elections. (Photo by Samuel Corum/Getty Images)

The Hatch Act passed in 1939 and “limits certain political activities of federal employees, as well as some state, D.C., and local government employees who work in connection with federally funded programs,” according to the OSC. The law is to ensure “federal programs are administered in a nonpartisan fashion.”

Grassley also wrote to Attorney General Merrick Garland and FBI Director Christopher Wray in May with a June 14 deadline to provide documents in connection with Thibault and his work for the bureau.

Thibault, who has overseen “the FBI’s most significant federal public corruption investigations,” has demonstrated “a pattern of improper commentary” on social media with regard to Trump and Barr, Grassley said. Thibault’s LinkedIn network is comprised of “current and former FBI personnel” and he has posted publicly, the senator said.

The FBI official “liked” a LinkedIn post for a February 2020 opinion article in The Washington Post arguing the DOJ should have convicted longtime Trump friend and former campaign adviser Roger Stone in connection with the Russian probe, according to Grassley. Thibault also “liked” a September 2020 opinion article in The Washington Post on LinkedIn titled “William Barr Has Gone Rogue,” the senator said.

Tom Jones, executive director of the federal watchdog American Accountability Foundation, told TheDCNF that given that “public corruption investigations” are some of the “most sensitive” cases, officials should not act partisan.

“The fact that there are agents who cannot seem to set their political biases aside will have a corrosive effect on public confidence in public corruption investigations for a division that has been struggling to reassure the public for decades of its impartiality,” he said.

Thibault did not immediately respond to a request for comment, nor did the OSC, the DOJ or Grassley’s office.