The president of New York State United Teachers (NYSUT) received a substantial raise during the 2020-2021 school year while enrollment declined and teachers quit, according to a report by Americans for Fair Treatment (AFFT).

NYSUT President Andrew Pallotta received a 4.9% salary increase to make $312,000 in the 2020-2021 school year, according to a report released Tuesday by AFFT. The roughly 430 NYSUT union employees also made an average salary of $127,000, according to the report, while the average school teacher in New York state makes between $63,000 and $84,000. (RELATED: Teachers Union Boss Raked In Massive Six-Figure Salary While Fighting To Close Schools)

Nationwide in the 2020-2021 school year, only 34% of students were in-person for a full five days per week, Insider reported. More than 20,000 New York state schoolchildren left the public school system since the pandemic, the Albany Times-Union reported.

“All the teachers we talked to just want to be in the classroom with the kids,” AFFT Organizing Director Brigette Herbst told The Daily Caller News Foundation. “Those last two years have been really frustrating for them. It makes double work, they’re losing kids, they’re literally losing kids they can’t keep track of because they’re not seeing them in person. It’s a totally different experience.” 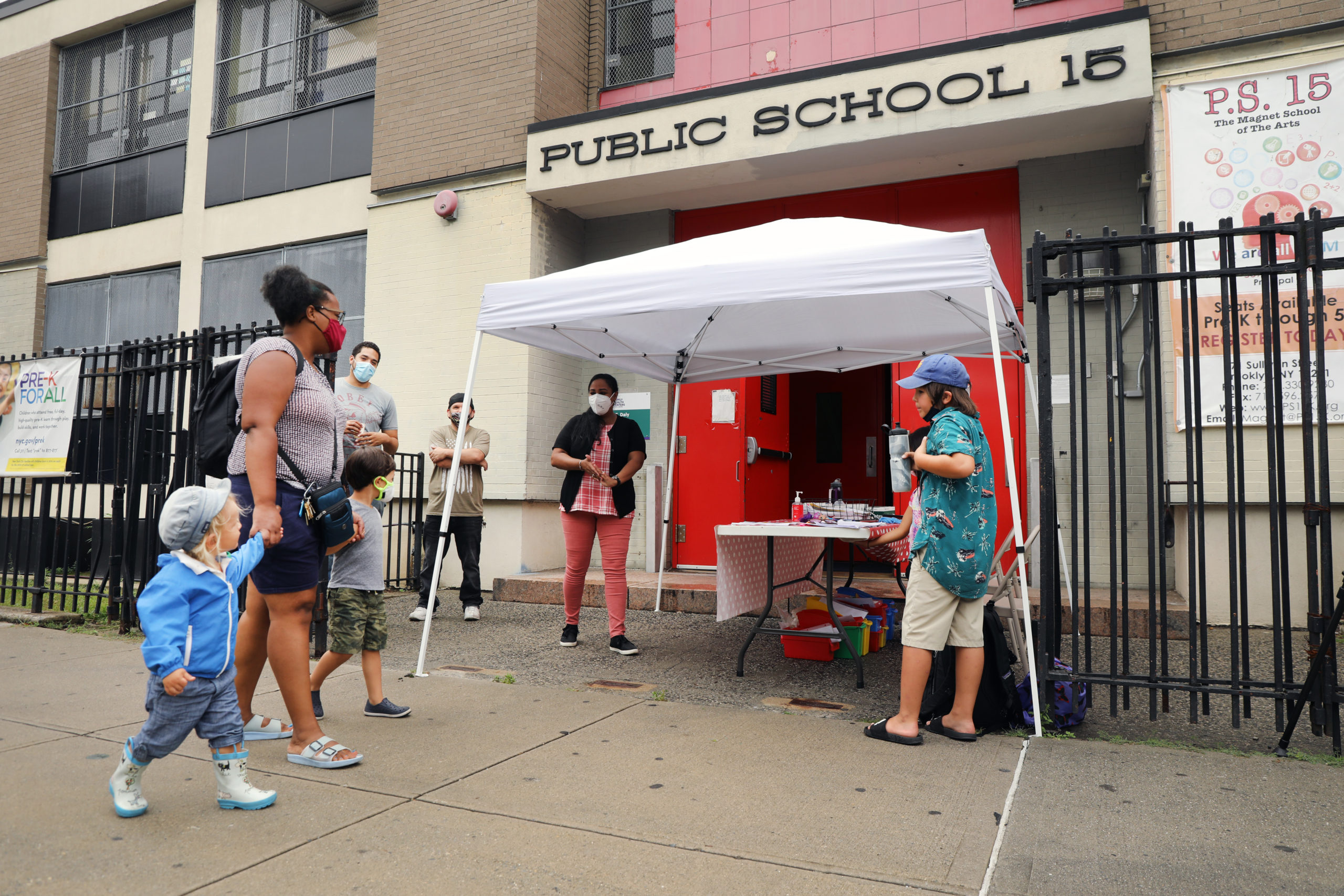 City council members, parents and students participate in an outdoor learning demonstration in front of a public school in the Red Hook neighborhood on September 02, 2020 in the Brooklyn borough of New York City.  (Photo by Spencer Platt/Getty Images)

The NYSUT also spent at least $10 million of its members’ dues on political campaigns, according to the AFFT report. The union lost more than 7,000 dues-paying teachers during the 2020-2021 school year, the report found

Neither Pallotta nor NYSUT immediately responded to TheDCNF’s request for comment.

“When we talk to teachers in New York, a lot of them aren’t aware of this,” Herbst said. “They think that their dues are going to represent them and I think it would be really eye opening for a lot of them to take a deep look into this. To look at where the money that they think is being spent on representation is really going. Is it going to debt, is it going to pension liabilities for staff, or is it going to give the union president a big salary increase?”