A 2020 Supreme Court decision to turn over nearly half of Oklahoma to Native American tribes has effectively turned the eastern portion of the state into a lawless zone.

The McGirt v. Oklahoma decision has meant that “nothing” would be done in less serious cases, special agent in charge of the FBI’s Oklahoma field office Edward Gray previously said, according to The Wall Street Journal.

But the high court could hand back some jurisdiction to the state in a case known as Oklahoma v. Castro-Huerta, which deals with the question of whether the state should have the power to pursue crimes perpetrated by non-Native Americans against Native Americans on reservation land. (RELATED: WEEKEND OF CARNAGE: Liberal Cities See Massive Spike In Murder, Violent Crime Over Holiday Weekend)

Until there is a decision in that case, many of the crimes will go unpunished because the federal government agencies investigating and prosecuting what the state can’t are overwhelmed by the caseload.

“The FBI is not prosecuting car thefts and burglaries, any kind of drugs, DUIs,” Oklahoma Gov. Kevin Stitt previously told TheDCNF on the steps of the Supreme Court after the state presented arguments in the case in April.

“We have people who are not afraid of the law anymore … we’ve made everything in Oklahoma misdemeanors, simple drug possession, to fines under $1,000 misdemeanors, and we are decriminalizing, which is making the outlaws of Oklahoma more bold and more broad,” Turner said.

FBI Oklahoma City Spokesperson Connor Hagan told TheDCNF that in the last year “the FBI’s work in Indian Country increased significantly” because of the McGirt ruling.

Hagan said the FBI’s field office went from investigating around 50 criminal cases each year involving Native Americans to now thousands of them, adding that priority is with cases involving “the most violent offenders who pose the most serious risk to the public.”

Executive Assistant U.S. Attorney for the Eastern district of Oklahoma Doug Horn told TheDCNF that the increase in cases his office is handling due to the McGirt decision has strained their resources.

“We were handling it through the use of either contractors and short term positions, because that’s all we’ve been allocated right now. The FBI has handled that by using FBI agents from around the country that come in on three month assignments and then go back to their home district and it has provided a continuity problem in victim cases,” Horn said.

The U.S. attorney’s office in the Northern District of Oklahoma didn’t respond to TheDCNF’s request for comment.

NEW: I spoke with Oklahoma @GovStitt about the state’s appeal at #SCOTUS today in a case regarding tribal sovereignty. We discussed the issue as it relates to crime on tribal reservations. Here’s what he had to say: pic.twitter.com/5M2OnrliXp

Is There More The State Can Do?

But some Native Americans argue that the state is withholding resources tribes need to tackle crime themselves.

“It’s a problem that the state created a long time ago. And you have to remember what the mentality was in 1907 after the Trail of Tears and Indians in Oklahoma,” criminal defense attorney David Slane, who is a citizen of the Choctaw tribe, told TheDCNF.

Slane described a case where he represented a Native American woman who slapped her boyfriend and was arrested under a misdemeanor domestic violence charge that was ultimately dismissed “because the state had no jurisdiction.”

However, Slane disagrees with Stitt’s handling of the situation. 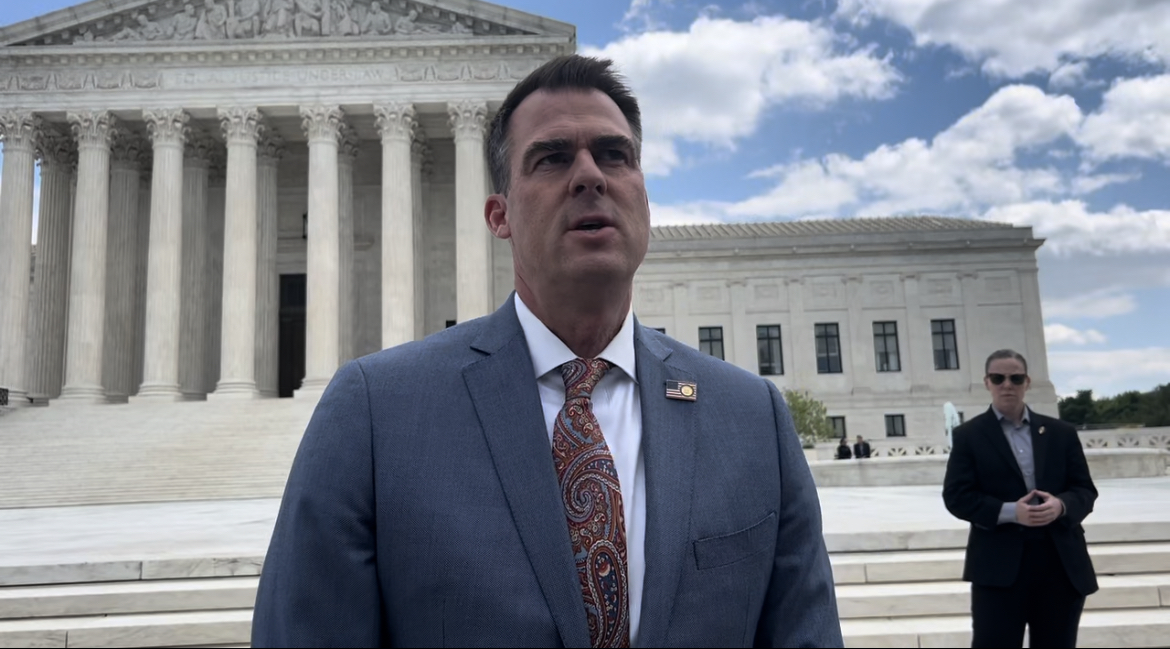 To Stitt, that argument is “preposterous.”

“So, we want to take tax dollars and give it over to a tribal deputy to prosecute a non-Native? I don’t think our non-Natives want that. And, plus, they don’t get to vote in their elections … It’s preposterous,” Stitt said.

Josh Hypes and Carl DeMarco contributed to this report.