The proposal amends the National Defense Authorization Act and “reinforces that service members with children in Department of Defense Education Activity (DoDEA) schools have the right to be involved in their children’s education, while increasing transparency and accountability in DoDEA schools,” according to a draft obtained by the Daily Caller.

Stefanik proposed the bipartisan bill after she says she discovered that DoDEA school’s educator training included “radical gender ideologies.” Stefanik alleges that one teacher training told educators to “keep gender transitioning students a secret from parents,” who are service members.

Videos and photos reviewed by the Daily Caller show “The Genderbread Person” and a PowerPoint slide appearing to bear the DoDEA logo that inform educators that they should talk about LGBT ideology with kids as young as four years old. 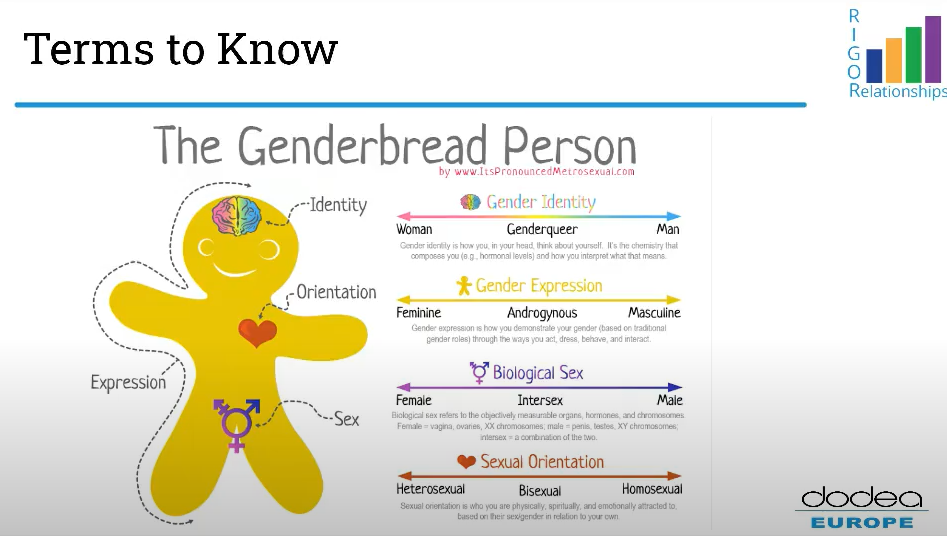 “Yes, you CAN talk about LGBTQ+ in elementary schools! It is actually the ideal time. Kids as young as 4 years old are already starting to develop a stable understanding of their gender identity and choosing their friend groups based on gender (among other social constructs, such as race),” the slide reads. 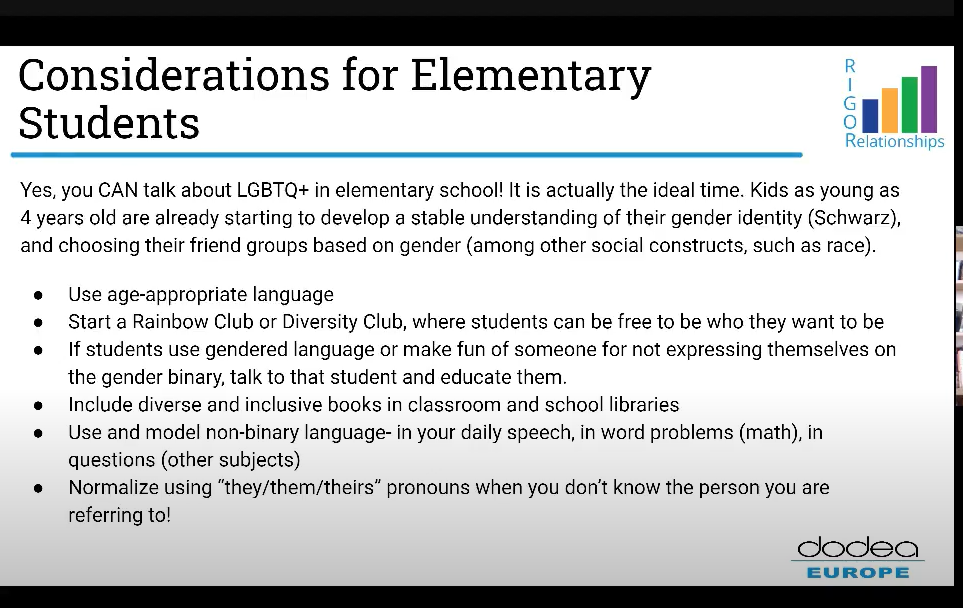 Stefanik’s amendment seeks to quell parents’ concerns about such materials in their children’s education program. The amendment gives parents the right to review all instructional materials, teacher professional development materials and the right to inspect a list of the book and other reading materials in school libraries.

Under the amendment, DoDEA schools would also be required to post the curriculum for each course and grade level on the school website and make “all instructional and educator professional development materials, including teacher’s manuals, films, tapes, books or other reading materials, or other supplementary materials used in any survey, analysis, or evaluation, available for inspection by the parents of children attending the school.”

The amendment has bipartisan support, according to a video from the House floor. Democratic Rep. Salud Carbajal of California expressed support for the amendment as he claims it would give parents more input in their child’s education.

“This is simply, as I read it, just to give parents a right to be able to give input and have a say in their children’s education,” Carbajal said. “That’s what I expect in my neighborhood, in my schools, so as long as it abides by what is in this amendment, which is really clear, I’m supportive of this amendment.”

Stefanik told the Daily Caller that American service members have the right to take part in their child’s education. (House Republican Conference Chair Elise Stefanik Details Her Efforts To Have Liz Cheney Removed From Leadership)

“America’s servicemembers have the right to be informed and involved in their children’s education, and it is unbelievable that some DoDEA educators do not trust with their own children the very men and women in uniform who keep our nation safe and secure,” Stefanik said. “There is no need for elementary school students to be taught radical gender ideology, and parents deserve full transparency from DoDEA schools about what is being taught in their child’s classroom.”

The Department of Defense Education Activity did not respond to the Daily Caller’s request for comment.