Biden nominated Gonzalez in April 2021 and he quickly faced questions from Republicans who voiced concerns that he had opposed an ICE screening database. The voluntary database allows for inmates to be screened to determine immigration status, and Gonzalez ultimately opted to end the program for his office in 2017, the Houston Chronicle reported at the time. (RELATED: Texas County Approves $2.5 Million Of Taxpayer Money For Illegal Immigrant Defense Fund)

Gonzalez wrote Biden a letter detailing his decision to withdraw from consideration for the position, The Washington Post reported on Monday. In addition to questions over his decisions as Harris County sheriff, Gonzalez’s nomination was stalled amid unconfirmed allegations of domestic violence, ABC 13 reported.

“I arrive at this difficult decision with the understanding that the challenges of preserving both the integrity of America’s borders and our country’s global standing as a beacon of light for those seeking freedom and opportunity have never been greater,” Gonzalez wrote to Biden, according to The Post. 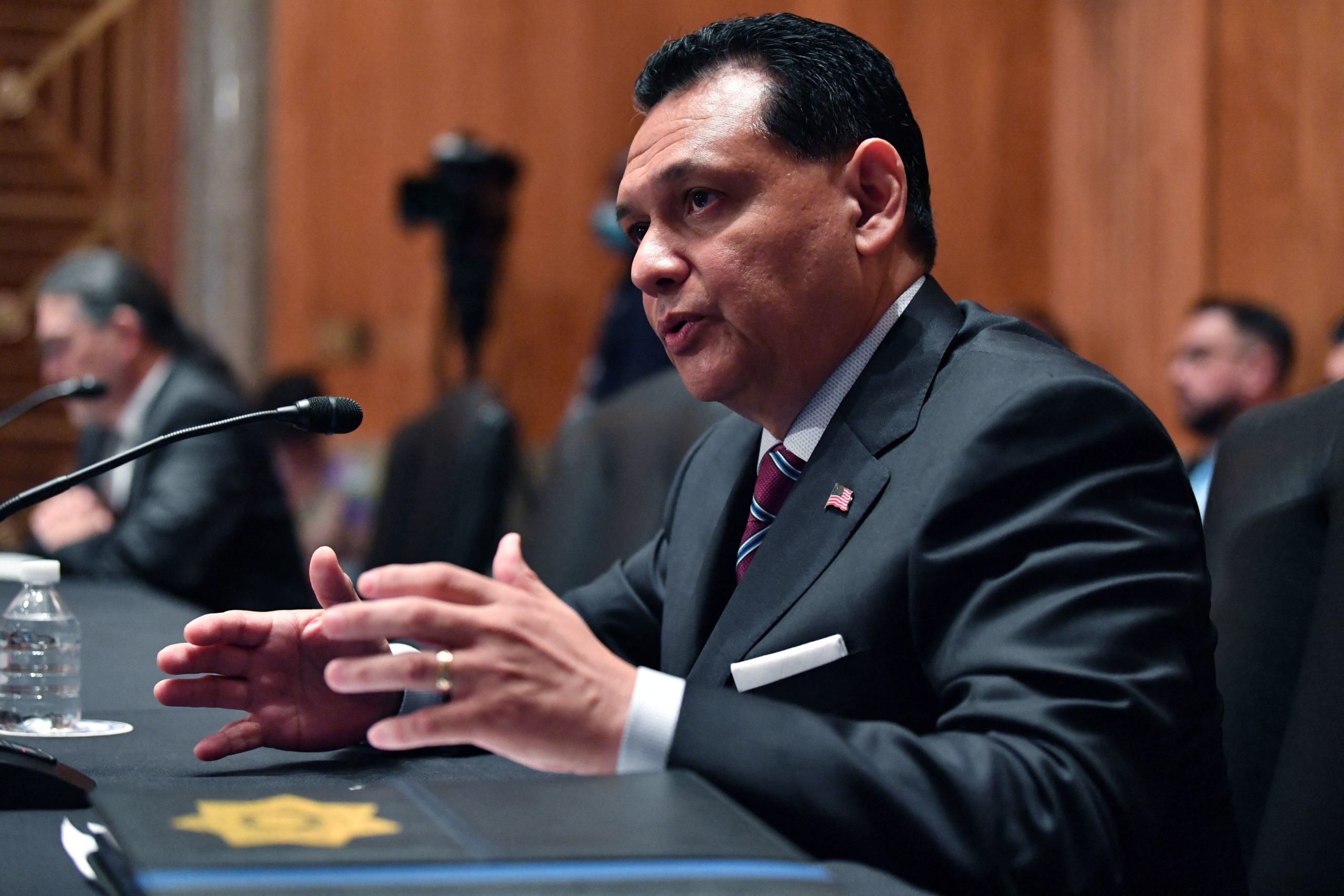 Ed Gonzalez testifies before a Senate Homeland Security Committee hearing on his nomination to be Assistant Secretary of Homeland Security for Immigration and Customs Enforcement, in Washington, DC, on July 15, 2021. (Photo by Nicholas Kamm / AFP) (Photo by NICHOLAS KAMM/AFP via Getty Images)

Gonzalez cited increased crime in Houston as reason for the withdrawal as well, telling Biden that he “must devote” his “full, undivided attention and energy toward fulfilling the duties that the people of Harris County elected me to perform.”

ICE will now face its sixth year in a row without a confirmed leader, The Post noted. The withdrawal coincides with a border crisis that has plagued the U.S. since Biden took office. The president has faced criticism from Republicans and some Democrats over his handling of the situation at the border.