The White House pushed the G7 Summit leaders to impose further sanctions on Russia, while U.K prime minister Boris Johnson has compared the importance of a Ukrainian victory to the outcome of World War II.

At G7 Summit in Germany over the weekend, the White House pushed for increasing sanctions on the Russian economy, focusing on the armaments and technology sector to undermine their ability to produce weapons, according to a statement. The new restrictions are intended to target state-owned defense companies.

The G7 leaders have also agreed to ban gold imports, which constitute Russia’s second-largest exports, Reuters reported. Increased tariffs from Russia will be reinvested into the war effort with Ukraine.

The U.S. is committed to “long-term security commitment to providing Ukraine with financial, humanitarian, military and diplomatic support as long as it takes,” the White House said in the statement. 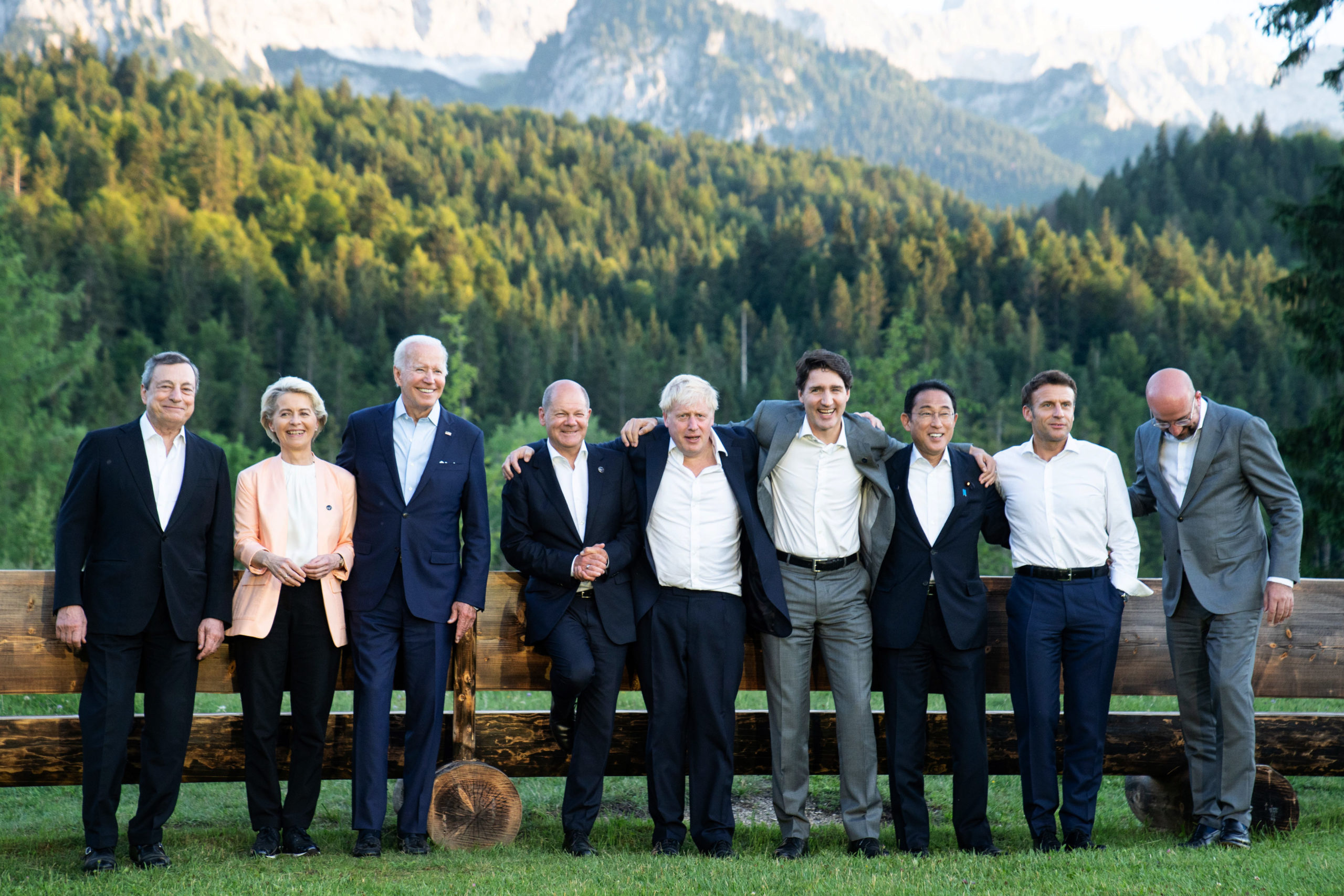 As U.S. exports to Russia have dropped significantly, other signs of the crippling Russian economy include a major foreign debt default, the first since World War I.

Russia was unable to make a Eurobond payment due May 27, CNBC reported. There was an attempt to pay in Russian Rubles, but the contracts do not allow for the payments to be made in domestic currency. As Russia has been excluded from the international banking system, they were unable to make payments according to contracts. (RELATED: McConnell: Putin Should ‘Absolutely Not’ Be Allowed Back In The G7)

Johnson compared the Ukrainian war efforts to World War II, and told the BBC that defeating dictators back then “took a long time” and was “very expensive” but up led to “decades of stability and long-term prosperity.” The British prime minister has been one of the strongest supporters of Ukraine’s war against Russia. (RELATED: British Prime Minister Boris Johnson Makes Surprise Visit To Kyiv)

The 48th G7 Summit was hosted in the Bavarian Alps of Germany. It was attended by all member countries — the U.S., U.K., Japan, Germany, France, Canada and Italy — as well as representatives of the European Union and multiple guests. Ukrainian president Volodymyr Zelenskyy also joined per video call and asked for more help to end the war by next winter, according to BBC.