The U.S. Chamber of Commerce is targeting the director of a federal agency responsible for regulating consumer finance in a new campaign, criticizing him for trying to “radically” alter the financial services industry.

The ad campaign was unveiled Tuesday and takes aim at Consumer Financial Protection Bureau (CFPB) Director Rohit Chopra’s “extreme and inaccurate views around the state of our financial system regulations,” according to the chamber, a trade group that represents businesses nationwide. Chopra has been “unlawful” and repeatedly made “inaccurate” statements concerning financial regulations, the chamber claimed.

The CFPB was created in 2011 and oversees the Federal Trade Commission and more than 5,000 banks. Chopra “is driving the Biden administration’s regulatory agenda,” according to The Wall Street Journal, and has been “more adversarial toward financial firms” than the Trump administration was.

Chopra, an ally of Democratic Massachusetts Sen. Elizabeth Warren, “is eroding” the prior effectiveness of the agency, the chamber says in an ad. (RELATED: Senate Confirms Warren Ally Rohit Chopra To Head Consumer Finance Bureau)

“How much power should one person have over how much you borrow, save and bank,” says the chamber in another ad. “Director Chopra needs to be held accountable.”

Chopra has sought to crack down on social media companies, credit-reporting groups and banks by changing how they handle fees and personal data, Politico reported. The chamber called the CFPB’s March move updating its exam manual to call out “discrimination” in cases where fair lending laws are inapplicable “unlawful,” the outlet reported.

“Scare tactics orchestrated by lobbyists for Big Tech and Wall Street won’t deter the work of the CFPB to enforce the law,” a CFPB spokeswoman told The Daily Caller News Foundation. “We remain focused on ensuring fair, transparent, and competitive markets for American consumers and honest businesses who play by the rules.”

“Less than a year in, our approach is already paying dividends, with significant changes in bank overdraft policies and major reforms in the reporting of medical debt to consumer credit reports,” the spokeswoman also said. “Big corporations and their lobbyists want to preserve a system where American families and small businesses are left to fend for themselves against those that repeatedly violate the law.” 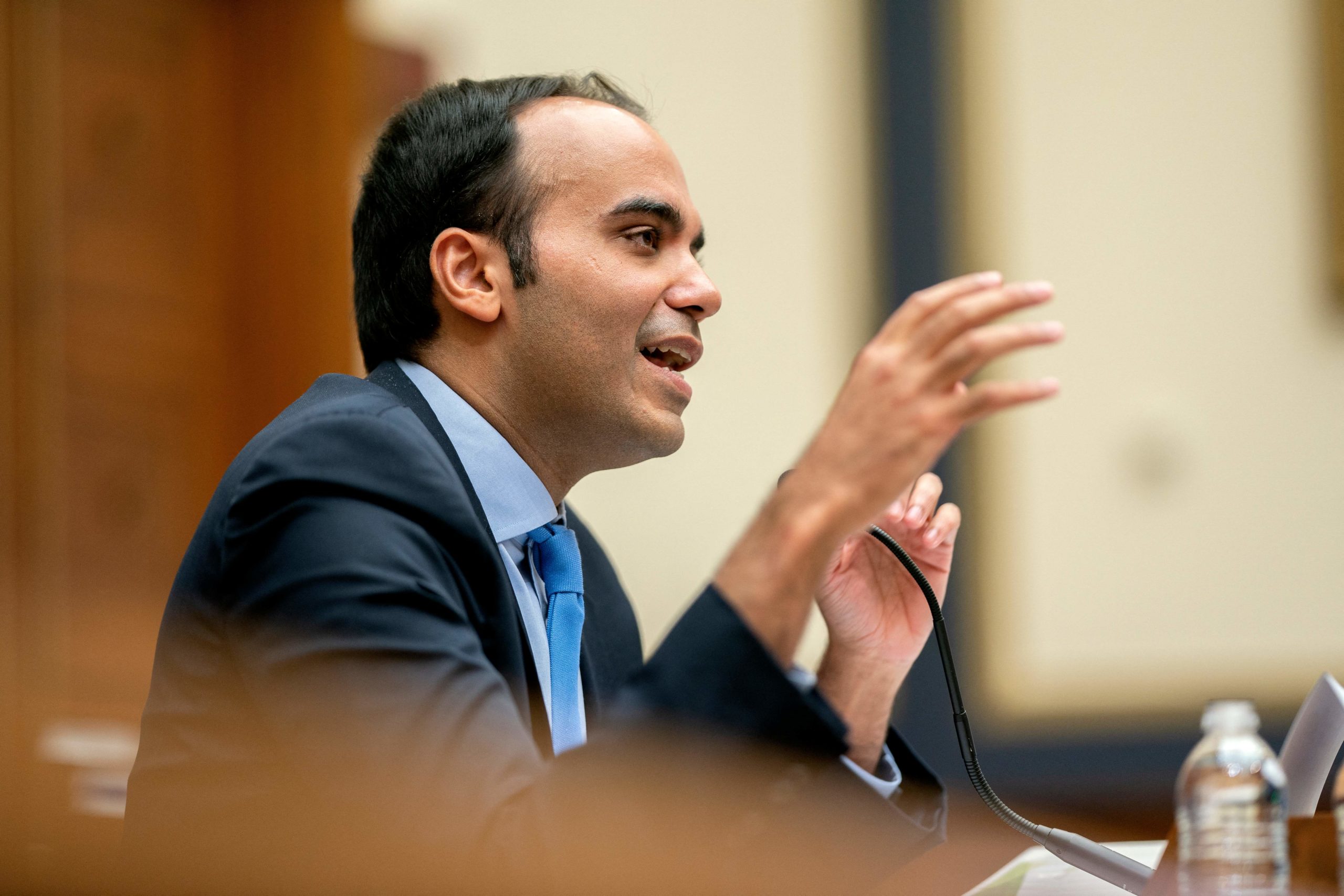 The chamber’s litigation arm sent two letters to Chopra on Tuesday criticizing his exam manual alteration and other things, like “self-expansion of its authority” that will “impose significant burdens on banks, financial markets, and the consumers they serve.”

“The Bureau has exceeded its authority by extending fair-lending laws beyond the bounds carefully set by Congress,” said the chamber in its letter. “Specifically, the Bureau’s mistaken notion that “[d]iscrimination … can trigger liability under [the] ban on unfair acts or practices” ignores the text, structure, and history of the Dodd-Frank Act, as well as similar legislation addressing agency authority to regulate unfairness.”

Chopra did not immediately respond to a request for comment.

“Rohit Chopra has an outsized view of the CFPB’s role and the Director’s power,” Neil Bradley, executive vice president and chief policy officer at the chamber, said in a statement. “By willfully mischaracterizing the state of competition in the market Chopra is laying the groundwork to force the financial services sector to comport with his personal vision of the appropriate size of companies and what products and services should be offered and under what conditions.”