The Democratic governor of Kansas launched a fundraising campaign in the name of women’s “reproductive rights” yet seemed to imply men can also get pregnant and have abortions, an email obtained by The Daily Caller News Foundation shows.

Laura Kelly, a first-term governor, is running for re-election and “is one of the most vulnerable Democrats,” her campaign said in a pro-abortion email to donors on June 24 after the landmark abortion case Roe v. Wade was overturned. (RELATED: Kansas Governor Vetoes Ban On Biological Males In Women’s Sports)

“Will you rush a donation to help me defend the reproductive rights of Kansans and pregnant people everywhere?” said Kelly’s campaign. “Your support is crucial to making sure Kansans know what’s at stake and getting them to the polls in November.”

“I could be the only Kansas leader standing in the way of a new wave of draconian anti-abortion, anti-woman, anti-family laws,” the email also said. “And my opponents will stop at nothing to try to remove me this November.”

The Kansas Republican Party told TheDCNF “it should come as no surprise” that Kelly is using “left-wing activist language like “pregnant people'” after the governor twice vetoed legislation banning transgender athletes from competing in girls’ and women’s sports. Kelly called the measure “divisive” and not “inclusive” enough, while the Republican Governors Association slammed her in a May advertisement for opposing the “commonsense” legislation.

“Democrat Laura Kelly uses terms like ‘pregnant people’ because she prioritizes appeasing her far-left liberal base,” said a spokeswoman for the group, which is focused on getting Republican governors elected nationwide. “It’s out-of-touch with Kansas values and it will cost her re-election.” 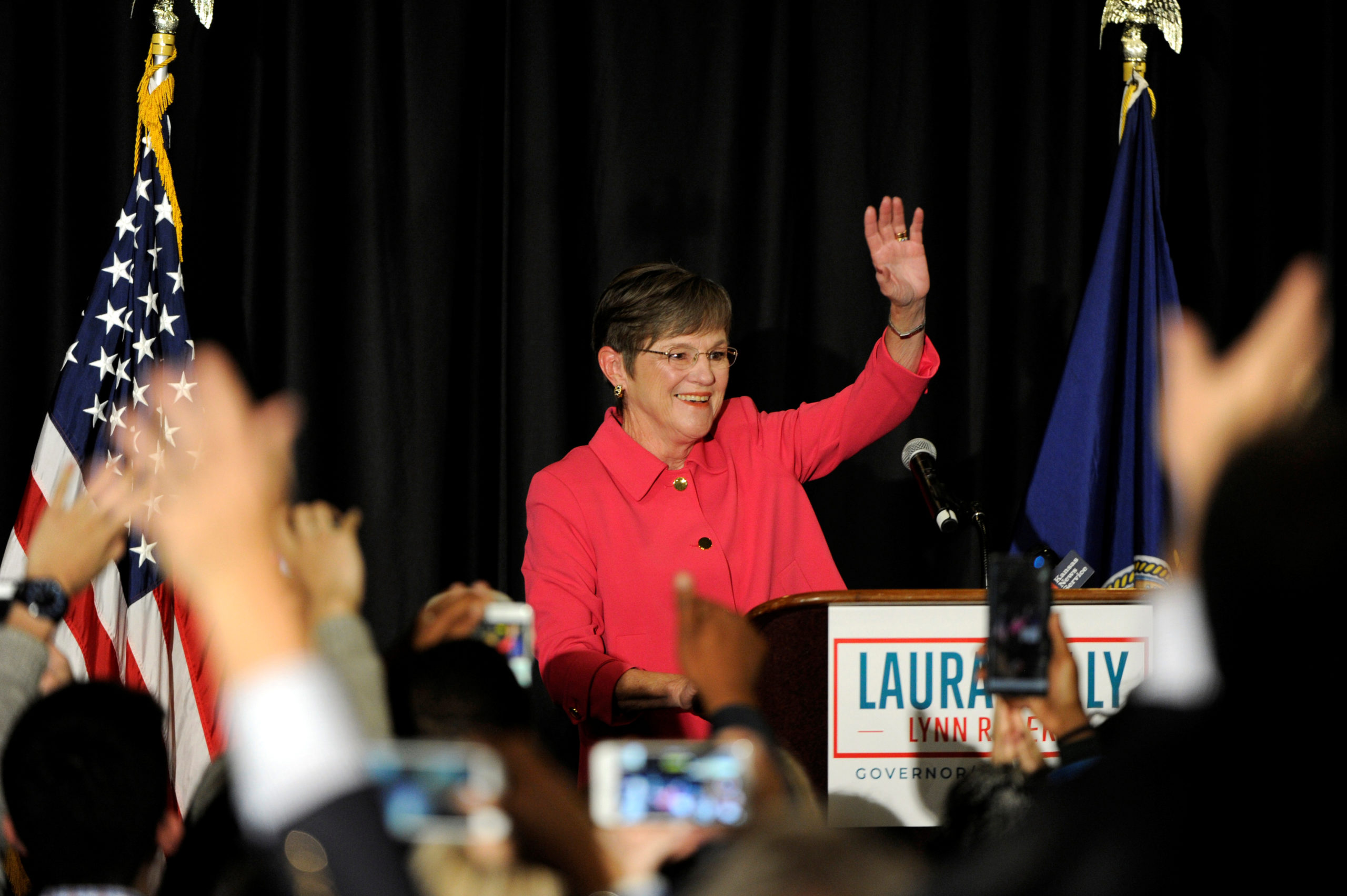 A spokeswoman for Kelly declined a request for comment, referring TheDCNF to the governor’s campaign, which did not respond.

Kansas has seen a significant spike in abortions since Kelly took office in 2019. The state saw its largest annual increase since 1995, the Associated Press reported in June 2021.

Republicans have backed an anti-abortion constitutional amendment in Kansas that is on the ballot in August. The amendment, which Kelly has opposed, amends the state’s constitution to affirm that there is no right to abortion.

Other Democratic lawmakers have referred to bodily functions that are applicable to strictly biological women as apparently applicable to men. Michigan Gov. Gretchen Whitmer said in June she “brought a lawsuit on behalf of all menstruating people in Michigan” to protect abortion access.

House Democrats pushed an abortion bill last year that replaced the word “women” for “patient,” “person” or “individual,” but the gender-neutral terms were removed soon after, The Daily Caller reported. Republicans criticized Missouri Rep. Cori Bush after she claimed in a May 2021 congressional hearing that the U.S. needs “to protect black birthing people.”

“Trans men & non-binary people can also menstruate,” Rep. Alexandria Ocasio-Cortez said in September 2021, on the heels of the congresswoman invoking the term “menstruating people” in a CNN interview.

Offices for Ocasio-Cortez and Bush did not respond to a request for comment. A spokeswoman for Whitmer declined to comment.