A California school board member called for a boycott of Independence Day in light of the Supreme Court’s decision to overturn Roe v. Wade, according to a Facebook post from June 28.

AnaMaria Avila Farias, a member of the Contra Costa County Board of Education, posted a “BOYCOTT 4TH OF JULY” image on her Facebook page. In the comments section, the school board member said she vowed to continue her boycott of the holiday following the Supreme Court’s decision to overturn Roe v. Wade.

“I haven’t celebrated 4th of July since 2016 and I don’t think it’s a holiday to celebrate,” Avila Farias said. “What do you think?” 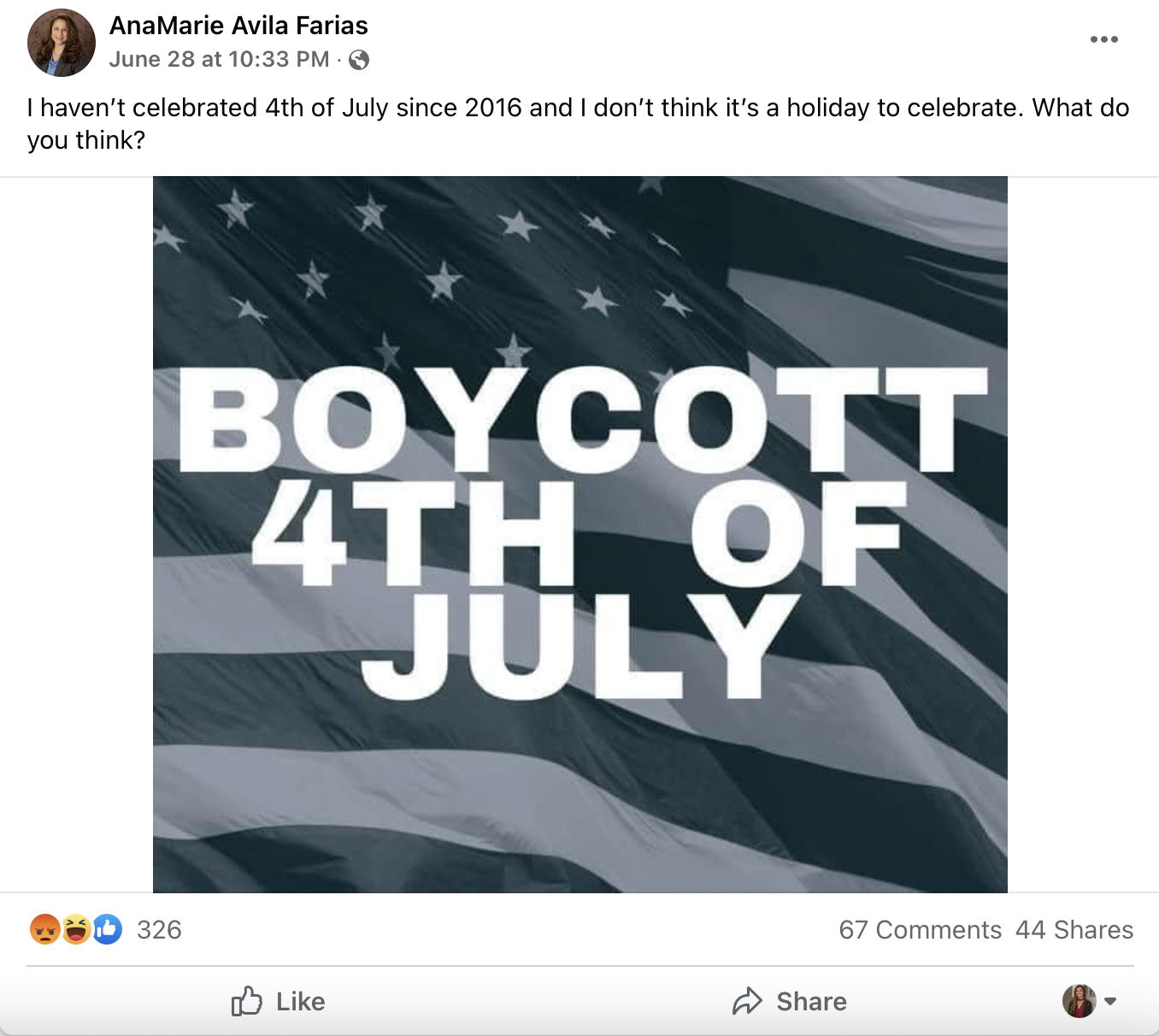 Avila Farias was met with questions asking for clarification on her beliefs, according to the comments section reviewed by the Daily Caller. She said she was “not interested” in celebrating a freedom-inspired holiday in an “oppressive” country.

“I am not feeling particularly patriotic. I am especially not interested in celebrating a holiday centered around freedom from oppressive government when that freedom is not a reality for so many people in this country,” Avila Farias said.

“Lastly, last Friday women’s reproductive rights were taken away! We are not in a place of progress or celebration when human rights are being taken away,” she continued. 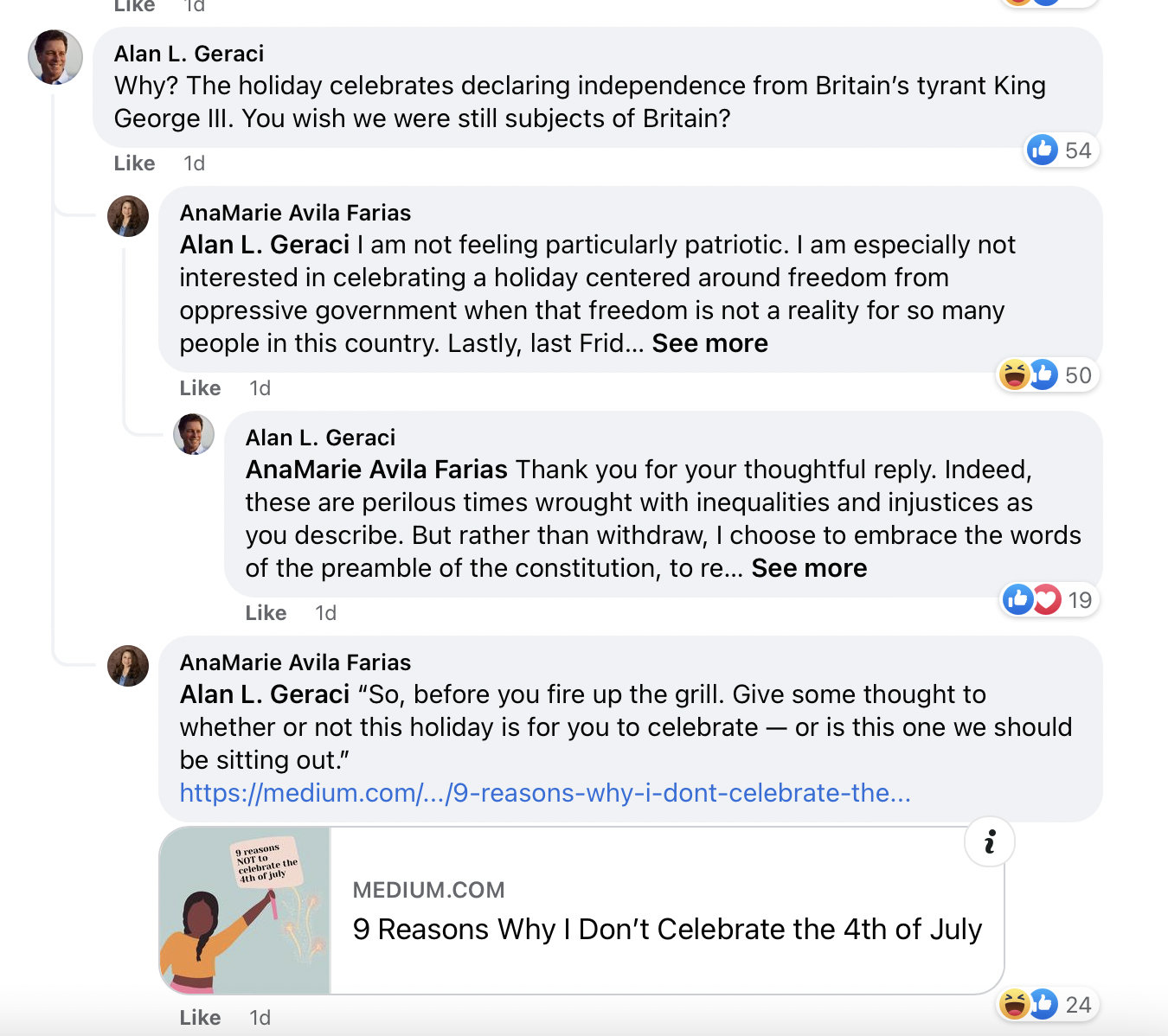 Avila Farias reportedly asked for an invite to a “funeral” wherein attendees “bury the Constitution and the Flag,” according to a screenshot obtained by Fox News. (RELATED: SCOTUS ‘Assassination Challenge’ Pushed By Trans Creators Of ‘Gender Unicorn’)

The school board member also linked to a Medium article titled, “9 Reasons Why I Don’t Celebrate the 4th of July.” The article argues that since people were enslaved until 1865, July 4 is an inaccurate time to celebrate freedom.

“After 1776, it took nearly another 100 years before my ancestors technically gained their freedom in 1865,” the article reads. “And a whole heap of pain, trauma, and oppression maintained during those years when only white Americans were liberated from someone else’s rule.”

Avila Farias did not respond to the Daily Caller’s request for comment.