The Environmental Protection Agency (EPA) proposed cracking down on a widely used agricultural herbicide, sparking outrage from farmers who say the move could raise food prices and imperil farms around the country.

The EPA announced Thursday it was reopening the finalized reregistration for the chemical atrazine, claiming the Trump administration’s “previous decision was not adequately supported by science,” according to an agency memorandum.

“Based on this reevaluation, EPA determined that this level of regulation was not appropriate and is proposing, for public comment, additional mitigation to protect aquatic plant communities,” the memo stated.

The agency’s new proposal would overturn a 2020 Trump administration decision to set the CE-LOC for atrazine at 15 parts per billion (ppb) in aquatic ecosystems. CE-LOC stands for “aquatic ecosystem concentration equivalent level of concern,” which is the level at which EPA says “organisms are adversely affected” based on scientific studies.

EPA now wants to lower the CE-LOC to 3.4 parts per billion, which farmers say will hamper their ability to protect their crops from weeds and use modern farming practices. (RELATED: Biden Admin Mulls Environmental Regs That Farmers Say Could Crush Agriculture Industry)

“Placing severe limits on atrazine will have broad implications considering that atrazine is a key component in over 90 herbicide mixtures farmers rely upon,” Greg Krissek, CEO of Kansas Corn Growers Association, said in a statement.

Atrazine is the second-most prevalent herbicide used in the U.S., helping to protect roughly 75 million acres of cropland per year. Herbicides like atrazine save U.S. consumers between $4.3-6.2 billion per year by making it easier for farmers to produce more crops, AG Daily reported. 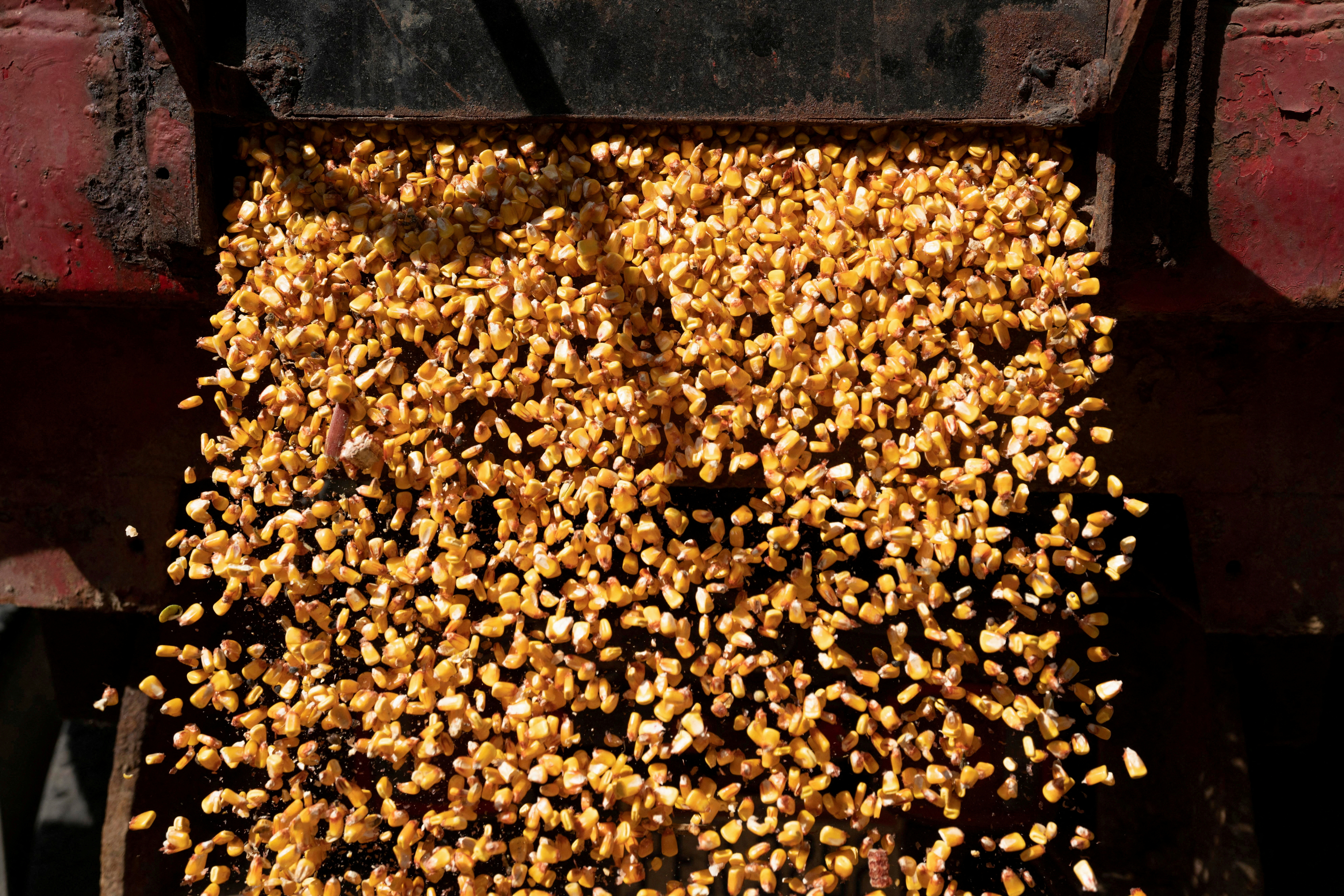 FILE PHOTO: A load of corn is poured from a truck into a grain silo on a family farm in Ravenna, Ohio, U.S., October 11, 2021. REUTERS/Dane Rhys/File Photo

“We are disappointed by EPA’s decision,” Iowa farmer and National Corn Growers Association President Chris Edgington said in a statement. “We can feed and fuel the world and fight climate change, but we can’t do these things without modern farming tools, and atrazine is a tool that is critical to our work.”

The EPA’s clamp down on atrazine could exacerbate food price inflation; grocery store food purchases increased 11.9% from May 2021 to May 2022, with the prices of some food items up as much as 36% year-over-year.

“EPA is playing politics with this decision and should not adopt this ultra-low level of concern,” said Krissek.

Krissek also said the EPA is flouting the advice of its own science advisors.

In June 2012, the EPA’s Scientific Advisory Panel (SAP) warned the EPA its proposal to lower atrazine’s CE-LOC relied on low-quality studies that should be disregarded.

“[M]ost of the existing cosm studies with purported effects identified at atrazine concentrations less than 30 [parts per billion] have weaknesses in their design,” the panel found. “As of this date, there are no published data indicating that environmentally relevant concentrations of atrazine at or below 4 to 7 [parts per billion] cause mortality to invertebrates, fish or amphibians.”

However, environmental activists filed a lawsuit in the Ninth Circuit Court of Appeals in December 2021 alleging EPA’s prior violated the law by approving atrazine’s continued use. The EPA intervened and was granted the opportunity to revisit the 15 ppb standard set during the Trump administration.

“The science hasn’t changed since 2020, when EPA set the level of concern at 15 parts per billion. Atrazine has been on the market for over 60 years. No herbicide has been studied more or has a longer safety record,” Krissek said.

The EPA referred TheDCNF to its statement issued at the time of the decision.