Pope Francis said he respects the Supreme Court’s decision to overturn Roe v. Wade but doesn’t understand it from a legal point of view, according to an exclusive interview with Reuters.

Francis discussed a wide array of topics with the outlet, but when it came to abortion, the pope said the question on the topic is a “moral” one.

“I tell you the truth. I don’t understand it from a technical point of view,” the pope said, according to Reuters. “I have to study it because I don’t really understand the ruling 50 years ago and now I can’t say whether it did right or wrong from a judicial point of view.”

“I respect the decisions,” he reportedly added.

“In this we have to be scientific, see what science tells us today. Science today and any book on embryology, the one our medical students study, tells you that 30 days after conception there is DNA and the laying out already of all the organs,” he said, according to Reuters. 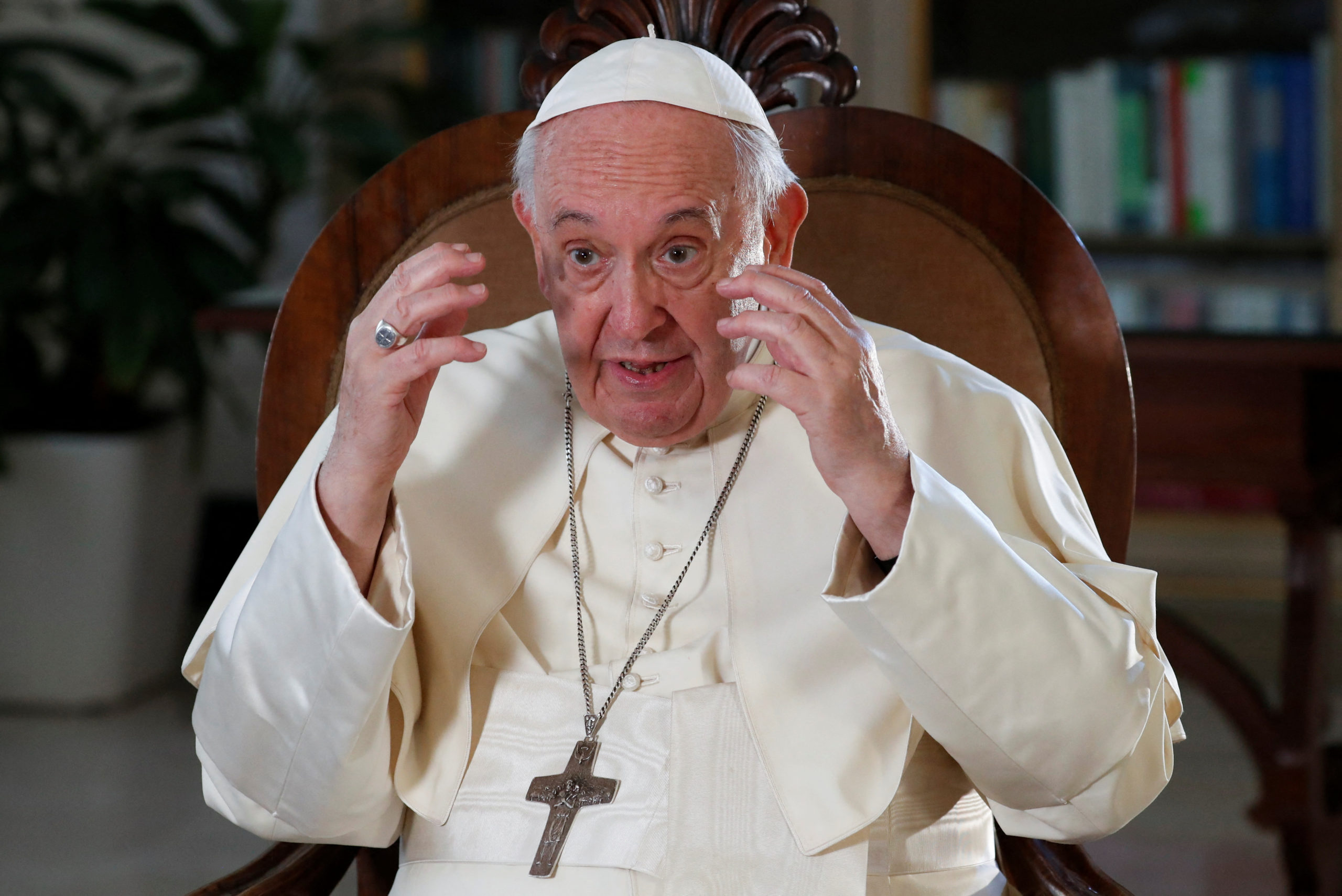 Pope Francis speaks during an exclusive interview with Reuters, at the Vatican, July 2, 2022. REUTERS/Remo Casilli

Pope Francis was largely mum on the Supreme Court’s decision in the immediate aftermath of the ruling. The pope has reaffirmed the Church’s stance on abortion, saying in 2019 that abortion is like hiring a “hitman to solve a problem.” The pope also likened abortion doctors and advocates to Nazis during a 2018 address.