A left-wing nonprofit that labels conservative and Christian groups “hateful” is reportedly funneling research to the committee probing the Jan. 6 Capitol riot — which claims to be “nonpartisan.”

The Southern Poverty Law Center (SPLC), a legal advocacy group with former employees President Joe Biden has handpicked for federal roles, is collaborating with the committee, Politico reported. The group has provided roughly 40 pages of research and written testimony to the committee to facilitate its investigation of the riot, an SPLC lawyer told the outlet.

“Our work has helped to document coordination between Trump, his allies and two extremist groups we’ve tracked for years,” SPLC Senior Policy Counsel on Hate and Extremism Michael Lieberman told Politico. (RELATED: We Asked Every Jan. 6 Committee Member When They’d Hold Hearings On The 2020 Riots. No One Had An Answer)

The SPLC has a “hate map” on its website that characterizes some mainstream right-leaning groups as extremist in order to censor them, Hayden Ludwig, a senior researcher at Capital Research Center, an investigative think tank probing nonprofits, told The Daily Caller News Foundation. The SPLC is “the Left’s top censor for groups it wants to shut down,” he said.

“Painting right-leaning groups that support widespread, traditional beliefs as ‘extreme’ is just a way of shutting down debate so leftists don’t have to defend their own radical views,” said Ludwig.

Alliance Defending Freedom (ADF), a legal group focused on religious liberty that has successfully argued dozens of cases before the U.S. Supreme Court, is one of SPLC’s designated hate groups. The group criticized ADF for working to develop “religious liberty legislation and case law” that denies LGBTQ-identifying people goods and services — and says the legal group was “one of the most influential groups informing” former President Donald Trump’s “attack on LGBTQ rights.”

Another group the SPLC designates as hateful is Family Research Council (FRC), a nonprofit research and educational group advocating for pro-family policies. FRC has pushed back on the SPLC’s label and slammed it for falsely characterizing its views.

In 2012, a man named Floyd Corkins entered FRC’s office while holding more than a dozen Chick-fil-A chicken sandwiches and shot a security guard. Corkins, who was later sentenced to 25 years in prison, told the FBI he attacked FRC because the SPLC designated it as an “anti gay group.”

“Anyone who opposes the SPLC, including many Protestants, Catholics, Jews, Muslims, and traditional conservatives, is slandered and slapped with the ‘extremist’ label or even worse, their ‘hate group’ designation,” Jerry Boykin, executive vice president of Family Research Council, told TheDCNF. “And as we at FRC have experienced firsthand, SPLC inspired Floyd Corkins to commit a terrorist act against us nearly a decade ago. They are everything they claim not to be.” 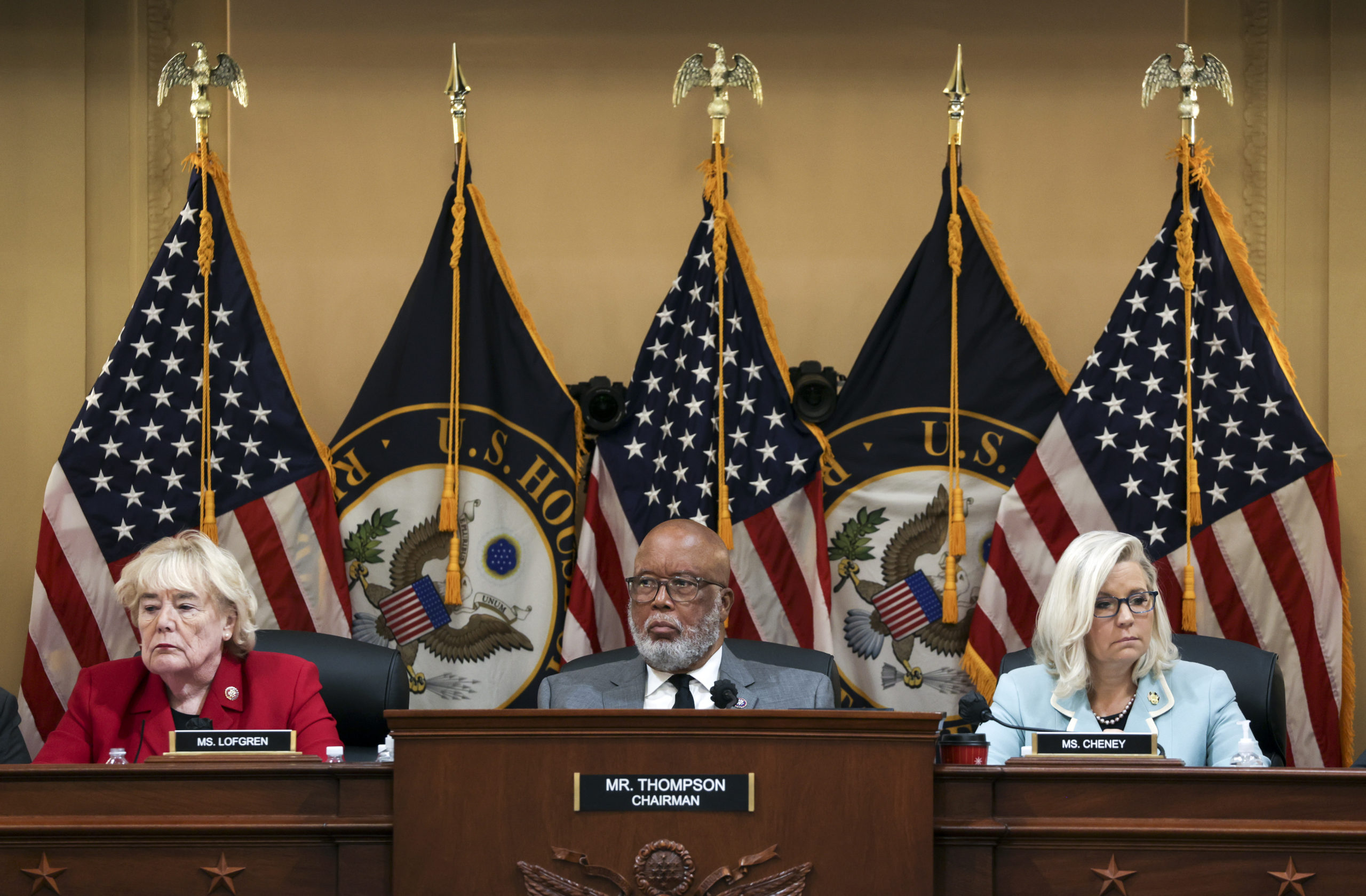 SPLC’s collaboration with the “nonpartisan” committee comes as Republicans continue to criticize its Democratic and Republican members for acting in a partisan fashion. House Republicans bursted out laughing at Democratic Maryland Rep. Jamie Raskin in mid-June for claiming the committee is “bipartisan.”

Political action committees tied to the Democratic Party sent out multiple fundraising emails before hearings kicked off in June. At the same time, Democratic operatives and politicians told The New York Times they think the hearings could boost voter turnout in the midterms.

The Jan 6. committee did not respond to a request for comment, nor did the SPLC. ADF declined to comment.

Offices for Wyoming Rep. Liz Cheney and Illinois Rep. Adam Kinzinger, the two Republicans on the Jan. 6 committee, did not respond to TheDCNF’s request for comment.